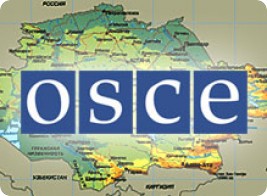 The Central Electoral Committee of Kazakhstan (CEC) does not agree with the facts of violations during electoral process found out by the mission of ODIHR/OSCE. The vice-president of CEC Vladimir Foos at the meeting on March 24th gave this information.

On March 21st the mission of ODIHR/OSCE has published the report in which it criticized infringements during pre-term elections of the president of Kazakhstan.

The experts of ODIHR/OSCE have paid attention that from 22 applicants for the post of the President only four candidates will take part in elections. For some of them the test for knowledge of the Kazakh language was the obstacle for participation. Till now it is fully not clear what the criteria of the Linguistic commission appointed by the Central Electoral Committee.

The absence of conditions for carrying out of high-grade elections and undertimes for election campaign carrying out because the key reasons for some of opposition parties and leaders to reject the participation in elections.

In addition, Mission has emphasized that during carrying out of the present elections there was not registered any female candidate, though four from 22 candidates were women.

On supervision of OSCE some complaints submitted to the Central Electoral Committee and courts were rejected or not accepted into consideration. There was no transparency at delivering of judgements under complaints.

Especially OSCE Mission underlines that mass-media in Kazakhstan operates in conditions which promote self-censorship. The slander and the encroachment on honor and advantage are regarded in republic as criminal offenses. Severe retaliatory measures are provided for them. In addition, for president and government officials the criminal code provides special protection. Journalists and the editors criticizing the power are under constant pressure. Kazakhstan is one of a few states-participants of OSCE where the Law on the information still has not been accepted.

More on this topic:
election , Kazakhstan