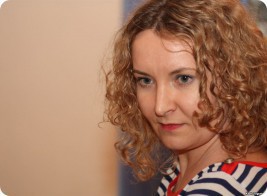 Kazakhstan: the Prosecutor’s Office confirms the existence of a ban on the professional activities of journalists

On 5 February, 2013, the prosecutor of the Medeu District of Almaty was trying to present a warning of criminal responsibility for the issuing of the “one media ‘Respublika’”, addressed to the Editor-in-Chief, Tatiana Trubacheva. This time, the prosecutor did not include the ‘Golos Respubliki’ newspaper in the “one media outlet” (although this newspaper was mentioned in the court verdict of 25 December, 2012), but the new newspaper ‘Republic’, which was first published on 25 January, 2013. The warning of potential criminal responsibility was also handed to members of the editorial staff of the new newspaper.

In connection with the actions of the prosecutor’s office and the threat of a criminal case possibly being instituted, Tatiana Trubacheva along with her colleagues in the ‘banned’ editorial office made a decision that she should voluntarily resign from the post of editor-in-chief and journalist of the ‘Golos Respubliki’ newspaper as of 5 February, 2013.

– They threatened me with the application of Article 362 of the Criminal Code on ‘persistent non-enforcement of the court decision’, – said Tatiana Trubacheva. – This sanction carries a penalty of up to one year’s imprisonment. According to the prosecutor, the first time I failed to execute the court’s decision was last year, in December 2012, when one issue of the ‘Azat’ newspaper was released under my supervision. Now the prosecutor has come to the conclusion that I have been involved in the production of the ‘Republic’ newspaper – that’s how Tatiana Trubacheva explained the new threat of prosecution against her.

On 7 February, 2013, the court will consider the administrative case against Tatiana Trubacheva. In the case that the court finds her guilty, it will be the second administrative penalty for the journalist (for the first time she was penalised with an administrative fine for issuing of the ‘Azat’ newspaper on 12 December, 2012). Thus, if Tatiana Truacheva continues to conduct her journalistic activities, and if it is deemed a violation of the law, then, according to the law of the Republic of Kazakhstan, she will face a penalty of up to two years’ imprisonment.

Lawyers, human rights activists and journalists consider the prosecutor’s actions illegal. According to the lawyer Sergey Utkin, the ‘Republic’ newspaper has not been summoned as a defendant among the media outlets listed as ‘the one media outlet’, there is also no verdict concerning such a defendant.

On 6 February, 2012, workers of the Medeu District Prosecutor’s Office of Almaty visited the office of the ‘Republic’ newspaper in order to serve a warning of criminal responsibility to members of the editorial staff of the newspaper: Oksana Makushina, Tatiana Panchenko, Anastasiya Novikova, Vladimir Radionov, Zhanna Baytelova, Andrey Tsukanov, Sergey Zelepukhin, Zhanar Kasymbekova, Arman Dzhakub and Xenia Bondal. The journalists refused to accept the ‘warning’. Nonetheless, they will face criminal responsibility if they continue to conduct their journalistic activities.

By its actions, the Prosecutor’s Office has confirmed the existence of a ban on journalists’ work in Kazakhstan. The ‘Republic’ newspaper is a new media outlet which wasn’t mentioned in the court verdict of 25 December, 2012. However, the Prosecutor’s Office is striving to prevent the publication of the paper on the grounds that it employs the same editorial staff as the ‘Golos Respubliki’ newspaper.

On 8 February, 2013, the city court will consider an appellate complaint of the ‘Vzglyad’ newspaper as the first one (at 10.00 a.m.), then the newspapers, labelled by the prosecution and the court of first instance as the “one media outlet ‘Respublika’ (at 11.40 a.m.). New evidence of the criminal proceedings of journalists of independent media leaves no hope for a fair outcome of the appellate trial and it completely refutes the assurances of official representatives of the authorities of Kazakhstan regarding not only the compliance  with international treaties, but also with national legislation. In the Press Freedom Index for 2012, compiled by the international human rights organisation ‘Reporters without Borders’ Kazakhstan stands ‘solidly’ at 160th place out of 179, after Russia, Belarus and Azerbaijan. According to the organisation, President Nursultan Nazarbayev has strengthened repressive policies and moved towards an ultra-authoritarian model, adopted from its neighbours: Uzbekistan and Turkmenistan.

The Open Dialog Foundation hereby calls on the international community to respond to the illegal actions of the Kazakh authorities. Journalists should not be prosecuted for the performance of their professional duties.

Background information: The ‘Republic’ newspaper  has been disseminated in a circulation of 99 copies since 25 January, 2013, and thus, in accordance with Kazakh law, it doesn’t need to be officially registered. The editor of the newspaper is Yuliya Kozlova.

More on this topic:
Kazakhstan , freedom of media , Tatiana Trubacheva