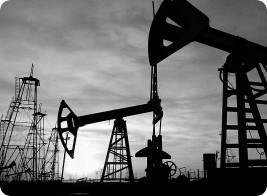 Kazakhstan: A change of key players in the oil sector

The oil industry in Kazakhstan, which is one of the most promising in the world, is now undergoing substantial changes. Recently, foreign companies have more and more frequently denied their participation in projects relating to oil production in the Caspian shelf. At the same time, an increase in the number of companies with Chinese participation has been observed in the Kazakh oil sector.

American and European investors, one by one refuse to participate in projects in the Caspian shelf of Kazakhstan. The impatience of participants of offshore projects is growing. The reputation of investment in offshore mining projects in Kazakhstan as a “golden business’ become a thing of the past. Excessive government regulation of the oil industry, a lack of long-term guarantees, as well as delays in the launch of projects are the main reasons for the loss of interest of Western investors in the oil sector in Kazakhstan.

In 2012 alone, several major players refused to participate in projects in the Caspian shelf of Kazakhstan. These included:

The negative tendency continues also in 2013. In January, information was disseminated that the ‘KazMunaiGaz’ company acquired the rights for the development of the ‘N’ project in the Caspian shelf from the ‘ConocoPhilips’ for $ 30 million. Possibly, the reason for the withdrawal of the American company from the project was the fact that in 2009, the contract for this deposit has been rewritten to comply with the new legislation.

Also, in January 2013, it was announced that the Norwegian oil company ‘Statoil’ had withdrawn from the hydrocarbon field development project in the ‘Abai’ deposit in the Kazakh offshore oil block of the Caspian Sea. An appropriate statement was sent by Statoil to the office of the Kazakh state oil company ‘KazMunaiGaz’.

While American and European oil companies are seriously weighing up all the pros and cons of their presence in Kazakhstan, Chinese investors are rapidly increasing their share in the oil sector of the country.

Kazakhstan is China’s key energy partner in the region of Central Asia. Of $14 billion from Chinese investments in the Kazakh economy (as of the end of 2012), as much as $12 billion has been allocated to power industry. The territory of Kazakhstan is home to more than 96% proven oil reserves of the region. It also has the most convenient plain territory, safe for the transit of gas from Turkmenistan to the People’s Republic of China.

The main factor which gives the Chinese companies an advantage in their struggle for oil and gas resources of Kazakhstan, is a multi-billion dollar credit line, opened by Beijing in the midst of the global financial crisis. After the fall in world energy prices, when Kazakhstan has experienced an increased need for liquidity, Chinese investment has come in handy. The largest was the agreement reached in April 2009, during the visit of President Nursultan Nazarbayev to Beijing, for a loan of $ 10 billion, which has practically determined the sale of ‘MangistauMunaiGaz’ to China’s CNPC.

The People’s Republic of China continues to express its readiness to extend its credit to the oil sector of Kazakhstan. However, more often than not the granting of such loans is conditional on the Kazakh government’s readiness to permit access to Chinese companies wishing to collaborate on new projects in Kazakhstan.

In the competition between Western and Chinese companies, Kazakhstan plays an active role. When it comes to the energy policy of Kazakhstan, experts more and more frequently use the term “resource nationalism”. In order to mitigate the impact of the financial and economic crisis, the government of the country is increasing the tax burden on foreign companies and revising contracts, signed back in the 1990s. In the past few years, the authorities of Kazakhstan have used the tactics, designed to strengthen the government’s ability to influence the decisions made by foreign investors in the energy sector and to increase the economic rent income from domestic resource extraction. This explains the frustration of Western oil companies as well as new refusals to participate in projects in Kazakhstan. Still, this policy is not consistent – the strengthening of the position of the authorities in relation to Western companies is accompanied by their weakening in relation to the Chinese business.

Kazakhstan has huge potential, when it comes to the resources in the Caspian Sea, but the government should ease working conditions for oil producers in order to attract and retain them. Despite the interest of Western oil companies in the development of a permanent promising Kazakh market, the country has been steadily losing its allure.

This trend poses many threats to the oil industry in Kazakhstan. Western companies, first and foremost, bring modern technology and experience in extracting hydrocarbons even under the most difficult conditions. In this area, they are well ahead of Chinese and Kazakh companies. Therefore, the parties should engage in a dialogue at an international level and demand from the government of Kazakhstan an improvement of legislative aspects of regulation of the market. Otherwise, the withdrawal and an impeded acquisition of new Western partners may significantly decelerate the development of promising fields.

The Open Dialog Foundation is launching a new series of articles on economic issues in Kazakhstan. This article is the first report in this series. Soon, an article on the deterioration of the investment climate in the pharmaceutical sector in Kazakhstan will be placed on our website.