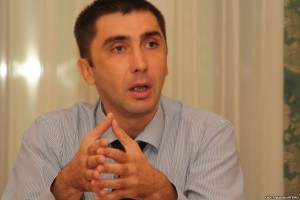 On 14 February, 2013, the Court of Taraz upheld the condemnatory judgement against Vadim Kuramshin, imposed on him on 7 December, 2012 by the Specialised Interdistrict Criminal Court of Zhambyl Province. He was then sentenced to 12 years’ imprisonment in a high-security penal facility in addition to confiscation of property.

After the verdict came into effect, Vadim Kuramshin sent official petitions to the Chairman of the Penitentiary System Committee (KUIS) of the Republic of Kazakhstan, Baurzhan Berdalin, and to the Minister of Internal Affairs, Kalmukhanbet Kasymov, with a request that he may serve his remaining prison sentence in the same classification of penal colony, in the city of Taraz. A similar petition was sent to the Chairman of the KUIS and the Minister of Internal Affairs by Vadim Kuramshin’s mother, Olga Koltunova. In their statements, both the Kazakh human rights activist and his mother expressed concern over the possibility of serving the sentence in one of the colonies of the North Kazakhstan Province. When conducting human rights activities, Vadim Kuramshin has repeatedly brought to light the crimes against prisoners, committed in the penal colonies of Northern Kazakhstan.

Despite official requests, on 4 March, 2013, Vadim Kuramshin’s transfer from the detention facility of Taraz to the high-security penal colony EC 164/4 (North Kazakhstan Province, Gornyi village) has begun. At the moment, he is being remanded in Petropavlovsk (an administrative centre of the North Kazakhstan Province). He is expected to arrive in the high-security penal colony 164/4 within the next few days. This colony is well-known due to an incident that took place there in July 2010 – 37 inmates carried out mass self-mutilations in protest against their ill-treatment by the prison administration. Vadim Kuramshin was the first to have reported the incident, he also publicised the information about nepotism in the colony: many workers of the prison, including the management, were related to each other. It was after this incident that the colony acquired the reputation of an institution which violates the rights of prisoners.

Vadim Kuramshin’s relatives and close friends fear for his safety and wellbeing in the penal colony EC 164/4. They also expressed their hope that the local and international community would continue to demonstrate their interest in Vladimir Kuramshin’s case, as it could, literally, save his life.

The Open Dialogue Foundation hereby calls on the international community to immediately intervene in this matter, as the life of human rights activist Vadim Kuramshin is in danger. Below is a list of addresses where you can obtain information about the conditions in which Vadim Kuramshin is serving his prison sentence: