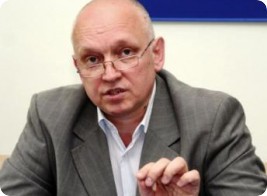 Vladimir Kozlov does not receive proper medical care in prison

During his stay in the colony, the health condition of the 52-year-old Kazakh oppositionist has considerably worsened. Due to the lack of necessary medical equipment and medical specialists in prison, Vladimir Kozlov does not receive adequate assistance. Relatives and friends are appealing to the authorities of Kazakhstan with a request that an opportunity to engage relevant specialists or to hospitalise the oppositionist be provided.

On 3 April, 2013, Aliya Turusbekova, the wife of the convicted politician Vladimir Kozlov, received new letters from him from the prison EC-164/3, located in the city of Petropavlovsk. Vladimir Kozlov had sent the letters as early as on 3 March, 2013, but they were delivered only after a month. Aliya Turusbekova reported to the Foundation that Vladimir Kozlov’s health condition has deteriorated and the colony where he stays, lacks appropriate conditions for his treatment. In particular, in his letters, Vladimir Kozlov informed about the worsening of the pain in his hip and in the surgical site (he underwent hernia surgery in the NSC hospital in February 2012). Following Vladimir Kozlov’s complaints of stomach cramps, an ultrasound was performed in the medical unit. The causes of joint pain have not been undetermined to date. Vladimir Kozlov is also complaining of toothache, but in the medical unit there is no equipment necessary for his treatment: physicians in the colony can only remove bad teeth.

The Open Dialog Foundation hereby expresses its deep concern about Vladimir Kozlov’s health condition. We demand that the Kazakh authorities intervene and provide Vladimir Kozlov with an adequate health care. Otherwise, Kazakhstan will violate its international obligations. According to international standards, a denial of necessary medical care may be regarded as an inhuman or degrading treatment. In particular, according to the Article 16 “United Nations Convention against Torture and Other Cruel, Inhuman or Degrading Treatment or Punishment” – each State Party assumes an obligation to prevent other acts of cruel, inhuman or degrading treatment or punishment in any territory under its jurisdiction. A similar principle is also stipulated in Article 7 of the “International Covenant on Civil and Political Rights”, which was ratified by Kazakhstan.