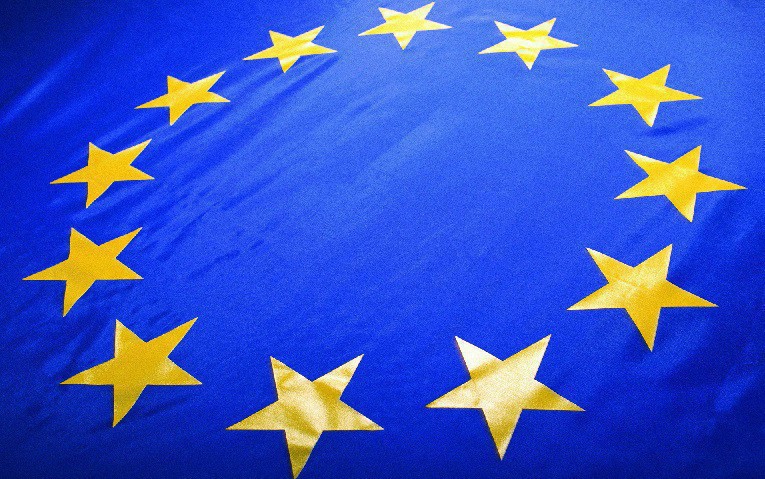 –  having regard to its previous resolutions on Kazakhstan, including those of 15 March 2012 on Kazakhstan, 15 December 2011 on the state of implementation of the EU Strategy for Central Asia, and 17 September 2009 on the case of Yevgeny Zhovtis in Kazakhstan,

–  having regard to its resolution of 22 November 2012 containing the European Parliament’s recommendations to the Council, the Commission and the European External Action Service on the negotiations for an EU-Kazakhstan enhanced partnership and cooperation agreement,

–  having regard to the legal opinion of the International Commission of Jurists of 13 February 2013 on the disciplinary proceedings against lawyers in Kazakhstan,

–  having regard to the statement of 25 January 2012 by the OSCE Representative on Freedom of the Media on the media situation in Kazakhstan,

–  having regard to the statement of 1 February 2012 by the Director of the OSCE’s Office for Democratic Institutions and Human Rights on the clampdown on the Kazakh opposition,

–  having regard to the statement of 20 March 2013 by the International Partnership for Human Rights (IPHR) entitled ‘Overview of Human Rights concerns in Kazakhstan’,

A.  whereas on 21 December 2012, following a lawsuit introduced on 20 November 2012 by Kazakhstan’s Prosecutor-General, the Almaty District Court banned the unregistered opposition party ‘Alga!’ on charges of extremism; whereas the ban makes Aliya Turusbekova, the wife of Vladimir Kozlov, personally liable;

B.  whereas on 25 December 2012 a number of opposition media outlets, including eight Kazakh newspapers and 23 web news portals, were banned on charges of extremism, being described by the prosecutor as ‘one unified media outlet Respublika’; whereas this decision was confirmed by the Court of Appeal on 22 February 2013, with the effect that the journalists affected were banned from exercising their profession;

C.  whereas Kazakhstan is an important international actor and is of the utmost importance for the political and socio-economic development, as well as the security situation, of the whole region; whereas it has played a positive role in Central Asia, making efforts to develop good neighbourly relations with bordering countries, resume regional cooperation and resolve all bilateral issues by peaceful means; whereas the EU has a vital interest in stepping up political, economic and security cooperation with that region via a strong and open EU-Kazakhstan relationship;

D.  whereas Kazakhstan has long limited key civil and political rights, such as freedom of assembly, expression and religion; whereas over the last two years there has been a decline in respect for fundamental freedoms while, in the wake of the Zhanaozen violence in December 2011, 2012 saw an overt crackdown on government critics;

E.  whereas during recent months several opposition leaders, human rights defenders, journalists and civil-society actors have been subjected to harassment and criminal prosecution, leading in several cases to prison sentences;

F.  whereas on 13 March 2013 the Court of Cassation refused to grant appeal in the case of Vladimir Kozlov, who was sentenced to seven and a half years in prison and confiscation of property on charges of ‘inciting social discord’, ‘calling for the forcible overthrow of the constitutional order’ and ‘creating and leading an organised group with the aim of committing crimes’; whereas Kozlov is currently filing an appeal to the Supreme Court as the last instance for appeal in his case;

G.  whereas on 7 December 2012 the human rights defender Vadim Kuramshin was sentenced to 12 years in prison for blackmailing the district attorney’s assistant; whereas this sentence was confirmed by the Appeal Court on 14 February 2013; whereas Mr Kurashim’s re-arrest took place on his return from the OSCE conference in September in Warsaw and came after his release following a previous trial in August 2012;

H.  whereas the Kazakh Government is considering starting work on a new National Human Rights Action plan for 2013-2020;

I.  whereas the Kazakh authorities have established a working group under the Prosecutor- General to reform the Criminal Code; whereas on 15 and 16 March 2013 a round table on the ‘Reform of the Criminal Code of Kazakhstan based on the principles of rule of law’ was held, with the participation of a delegation of the Venice Commission to advise on the reform; whereas the European Parliament has urged the Kazakh authorities to bring the country’s criminal law into line with international standards, including the reform of Article 164 on ‘inciting social discord’;

J.  whereas the Kazakh authorities have repeatedly used the charge of ‘inciting social discord,’ a vague and over-broad charge that can be used to criminalise legitimate exercise of the rights of freedom of expression and association as protected under international human rights law;

K.  whereas Kazakhstan’s three-year term as a member of the UNHRC (United Nations Human Rights’ Council) began on 1 January 2013;

L.  whereas Kazakhstan, as a member of the OSCE, of which it held the chairmanship in 2010, has committed itself to respecting and implementing the fundamental principles of that organisation;

M.  whereas defamation remains criminalised, while the law of 10 July 2009 on the Introduction of Changes and Additions to the Legislation on Informational-Communicative Networks equates internet resources (websites, chatrooms, blogs, discussion forums) with mass media outlets and therefore makes those resources and their owners liable for the same range of offences;

N.  whereas at the end of November 2012, HR/VP Ashton travelled to Central Asia and visited Kazakhstan while the legal bans on the opposition and the media outlets were being imposed; whereas she did not issue any statement on the matter during her visit but subsequently in December 2012;

O.  whereas in July 2012 the UN High Commissioner for Human Rights, Navi Pillay, following her two-day visit to Kazakhstan, called on the authorities to authorise an independent international investigation into the events of Zhanaozen, their causes and their aftermath;

1.  Stresses the importance of relations between the EU and Kazakhstan and of strengthening economic and political cooperation in all areas; highlights the great interest the EU has in a sustainable relationship with Kazakhstan in terms of political and economic cooperation;

2.  Strongly criticises the court decision to ban opposition parties on charges of extremism, including the unregistered party ‘Alga!’, as well as to ban key independent media actors, given that this violates the principles of freedom of expression and assembly and raises major concerns with regard to future repression of independent media and the opposition;

3.  Calls on the authorities to respect the principles and commitments of the OSCE standards on freedom of expression, assembly and association; encourages Kazakhstan to view criticisms not as a threat but as a constructive tool with which to improve policies and inclusiveness;

4.  Stresses that Aliya Turusbekova cannot be held responsible for actions of third persons;

5.  Calls on the EU and the Member States to seek guarantees that protect journalists, opposition activists and human rights defenders and their families, and in particular those visiting the EU institutions to discuss human rights issues, against any kind of subsequent personal threats, pressures or prosecution;

6.  Reiterates its concern over the detentions of opposition leaders, journalists and lawyers on the basis of trials which fall short of international standards, and reaffirms its call for the release of all persons convicted on the basis of vague criminal charges which could be considered to be politically motivated, including among others Vladimir Kozlov, Vadim Kurashim and Roza Tuletaeva; expresses its concern with regard to the fairness of trials, and reiterates its call for the guaranteeing of transparency and international standards in trials, an end to convictions on the basis of the above vague criminal charges, and the upholding of the independence of the judiciary;

7.  Calls on the Kazakh authorities to guarantee detention conditions that conform to international standards and to allow adequate medical treatment for all prisoners, including the opposition leader Vladimir Kozlov; calls for the full implementation of improvements included in the recent reform of the prison system and for further improvement to meet international standards;

8.  Strongly emphasises that the legitimate fight against terrorism and extremism should not be used as an excuse to ban opposition activity, hinder freedom of expression or hamper the independency of the judiciary;

9.  Stresses that Kazakhstan is an increasingly important international partner in the region, be it with regard to cooperation with NATO, support for the E3+3 talks with Iran, or the establishment of an international fuel bank in Kazakhstan; welcomes Kazakhstan’s ambition to engage actively as a mediator/facilitator in international security issues concerning the wider region; urges the Kazakh authorities to honour the international commitments they have signed up to, including those relating to the rule of law and the independence of the judiciary;

10.  Calls on Kazakhstan to create a climate where opposition activists, journalists and lawyers can freely exercise their activities, including via necessary legal reforms; stresses the EU’s commitment to supporting Kazakhstan in this effort;

11.  Calls on Kazakhstan to review its legislation on religion and to ease restrictions on the registration and practice of religion;

12.  Stresses the importance of respecting and promoting the right of workers to form independent labour unions, conduct strikes, and collectively bargain with employers, in accordance with Kazakhstan’s obligations under international human rights law;

13.  Welcomes the dialogue with the delegation of the Venice Commission on the new Code of Criminal Procedure, and encourages further collaboration with the Venice Commission with a view to deriving maximum benefit from its experience; stresses that the reform should aim at strengthening the independence of the judiciary and the rule of law and fulfilling international standards; reaffirms its call for the reform of Article 164 on ‘inciting social discord’, and calls on the EEAS to undertake close monitoring of the reform and the content of the new law;

14.  Reaffirms its call on the Kazakh authorities to follow through with enforcement of the existing Human Rights Action Plan, drawing on the recommendations of the Venice Commission and making use of EU technical assistance under the Rule of Law initiative; encourages and supports Kazakhstan in its efforts to develop a new Human Rights Action Plan for 2013-2020; invites the Kazakh authorities to collaborate with NGOs;

15.  Welcomes the regular EU-Kazakhstan human rights dialogues; underlines the importance of human rights dialogues between the EU and the Kazakh authorities, and welcomes the constructive approach being shown on the Kazakh side; calls for a strengthening of the dialogues conducive to the establishment of a forum where issues can be openly addressed; stresses that these dialogues should be effective and results-oriented, and should involve civil-society actors where possible;

16.  Welcomes the international student exchange programmes introduced by the Kazakh Government; underlines the fundamental impact these stays abroad have in terms of the democratic education of Kazakh students; welcomes the support offered by the Kazakh authorities to these students on their return;

17.  Calls on the EU, and in particular the EEAS, to closely monitor developments in Kazakhstan, raise concerns with the Kazakh authorities where necessary, offer assistance, and report regularly to Parliament; also calls on the EU delegation in Astana to play a more proactive role in monitoring the situation, including the observation of trials and prison visits;

18.  Instructs its President to forward this resolution to the Council, the European External Action Service, the EU Special Representative for Human Rights, the governments and parliaments of the Member States, the Organisation for Security and Cooperation in Europe, the UN Human Rights Council, and the Government and Parliament of Kazakhstan.