22 April 2013 | Editorial office
Table of contents:
Questionable chargesAre the authorities trying to get rid of an inconvenient civic activist? 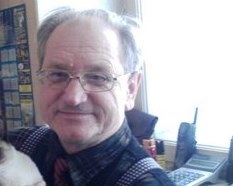 The public expression of religious views was the reason for the arrest and initiation of a criminal case against Aleksandr Kharlamov, a civic activist from Ridder (East Kazakhstan Province). He now faces imprisonment or compulsory treatment in a psychiatric hospital. Aleksandr Kharlamov himself, as well as his family members and his lawyer believe that in this way the authorities have decided to silence the inconvenient civic activist.

The 62-year-old head of the human rights and anti-corruption agency ‘Secret Service’, Aleksandr Kharlamov, was arrested on 14 March, 2013, in the town of Ridder (East Kazakhstan Province). On 17 March, 2013, the court ordered his detention for 2 months. Aleksandr Kharlamov had been charged under Article 164, section 1 of the Criminal Code of the Republic of Kazakhstan (‘incitiment of social, national, ethnic, racial or religious hatred’). He is accused of publicly expressing and spreading his atheistic views. The investigators qualified these actions as incitement of religious hatred. The maximum possible punishment for this crime is 7 years in prison.

Kharlamov has already been subjected to psychiatric examination in Ust-Kamenogorsk. At the moment, he is undergoing a long inpatient psychological assessment in Almaty. As Aleksandr Kharlamov told journalists, the investigators became frightened of the widespread publicity that the information about his arrest had been given in the media. Now, since it is not yet known if they have succeeded to convince the public that he is a criminal, they are striving to portray him at the very least as a mentally ill person.

On 25 January, 2013, a criminal case was inititated against Aleksandr Kharlamov. On 6 February, 2013, during the search of Aleksandr Kharlamov’s apartment and the office of the newspaper ‘Ridderskiye novosti’ (‘The Ridder’s news’), police seized Aleksandr Kharlamov’s personal computer and 7 newspapers containing his articles, which served as evidentiary foundation of the prosecutors.
In the decision to indict him it was stated that “over a period of time, undetermined by the prosecution, A.M. Kharlamov, having studied world religions, such as Christianity, Islam, Judaism and Buddhism, has given his own interpretation of religious systems.” Aleksandr Kharlamov has laid out his philosophical views in publications. Next, the investigator states, “Being aware of the fact that his opinion is fundamentally opposed to the opinion and belief of the majority of religious people, and his actions may bring about adverse effects in the form of religious enmity and hatred and will result in a negative attitude among people towards religions, which might lead to a conflict between the people, A.M. Kharlamov has nevertheless decided to publish his ‘works’”. Aleksandr Kharlamov published his rhetoric in the media, which, in the opinion of the investigator, “could have changed the thinking and behaviour of a certain category of citizens”.

It should be noted that theconclusions of the examinationof thepsychological impact of Aleksandr Kharlamov’s publicationson the thinkingand behaviourof other peopleare identical tothe content of the investigator’s decision to bring charges against him.

Are the authorities trying to get rid of an inconvenient civic activist?

Aleksandr Kharlamov is convinced that the main reason for his criminal prosecution is his eager human rights activity in the town of Ridder. His activity was aimed at curbing the arbitrariness of local officials and the law enforcement system.His public expression of religous beliefs served as a reason to commence prosecution.

Before his arrest, Aleksandr Kharlamov provided legal assistance and advice to residents of the town of Ridder in matters relating to illegal actions of the local authorities. He also published his journalistic investigations in the media, exposing the incidents of corruption which had taken place in the town. Shortly before his arrest, Aleksandr Kharlamov wrote an article about a high-profile court case in Ridder, in which he gave a negative assessment of the actions of the judge and the prosecutor. As a result of this case, a merited police officer was convicted of torture, although he was supported by residents of Ridder. Based on the testimonies of witnesses and the examination results, Aleksandr Kharlamov argued that there was no hard evidence of the policeman’s guilt. Marina Kaplunskaya, the wife of Aleksandr Kharlamov, believes that this aricle became the final irritation that exhausted the patience of the authorities, and prompted them to silence the inconvenient human rights activist.

Due to its extensive coverage in the media, the case of Aleksandr Kharlamov has gained public attention. However, instead of a prison sentence he now faces detention in a psychiatric hospital. The practice of isolation of people inconvenient to the authorities in psychiatric hospitals was widespread in the USSR. The same technique is sometimes used in modern Kazakhstan. Over the years of independence, there have been at least two incidents in the country where civil society activists were locked in a mental hospital, following the initiation of a criminal case against them. One of the cases concerned a philosopher from Shymkent, Nurlan Ospanuly who in his publications criticised tribalism in the highest levels of the government. The criminal case against him still hasn’t been closed; he was temporarily released from custody until such time that his health recovers. The second case was connected with the case of an attorney, Zinaida Mukhortova, who wrote a complaint to the President of Kazakhstan Nursultan Nazarbayev, criticising the actions of a high-ranking official. Firstly, she became a victim of a criminal investigation, and then – of psychiatric examination. The criminal case against her is now closed, but she has a recorded history of being a psychiatric patient and she is obliged to continue her treatment.

The Open Dialog Foundation hereby expresses its concern regarding the criminal prosecution of the civic activist Aleksandr Kharlamov, who was charged with promoting atheism. Freedom of conscience and religion is one of the fundamental human rights. Kazakhstan, a member of many international organisations, is obliged to prevent any attempts to violate this right in its territory. In addition, there are justified concerns that Aleksandr Kharlamov has become a victim of politically motivated charges because of his human rights activities.

We kindly request that all those interested in helping contact representatives of the authorities of Kazakhstan, calling on them to carry out an objective consideration of the case, as well as to comply with the international obligations, assumed by Kazakhstan in the field of human rights. Your letters maybe sent to: