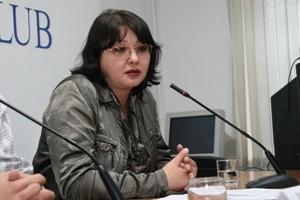 The threats against the independent press in Kazakhstan are becoming a reality: Guzyal Baydalinova, an employee of the closed newspaper ‘Golos Respubliki’, was attacked before the very eyes of her neighbours. There is reason to believe that Special Forces of Kazakhstan were involved in the attack. 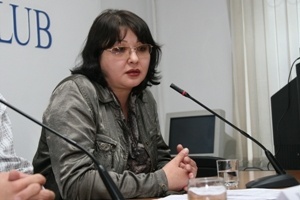 The incident occurred in the evening of 26 April, 2013, near Guzyal Baydalinova’s house in Almaty. An unknown perpetrator attacked her from behind, stabbed her with a sharp object and quickly disappeared. “As he flung himself at me, he shouted my name and yelled a phrase that now I am infected” – said the journalist. Unfortunately, neither Guzyal Baydalinova, nor the witnesses, present in the yard, managed to get a good view of her attacker.

Guzyal Baydalinova reported to the Open Dialog Foundation that she believes the main reason for attacking to be her professional activity: “Our journalists are constantly receiving threats. Personally, I have no enemies, and all this hostility is connected with my work, I’m sure of it … I didn’t report it to the police, because I know that it’s useless”. According to the journalist, the main aim of the attack was to frighten her, and not to cause physical harm. That is why, during the attack, the attacker stated that he had infected her.

Previously, on 10 April, 2013, the editor-in-chief of the media group ‘Respublika’, Irina Petrushova issued a statement, in which she reported on the threats directed at journalists by the security services of Kazakhstan.

Attacks against journalists due to their professional activity are commonplace in Kazakhstan. Recent high-profile case concerned an attack against a journalist of the daily ‘Uralskaya Nedeliya’, Lukpan Akhmedyarov, in April 2012. Five attackers inflicted numerous stab wounds, and shot at him with a non-lethal weapon. Four suspects were arrested on charges of attempted murder of the journalist; they are currently awaiting trial. According to the investigators, one of them, a 31-year-old Ashat Takhambetov (who did not participate in the attack), is the organiser of the crime. Those who conspired to murder have not yet been established. The journalist is certain that the local government was involved in this attack.

The Open Dialog Foundation is concerned about the most recent incidents of oppression of independent media in Kazakhstan. Kazakhstan’s membership in the UN Council on Human Rights obliges the state authorities to bring the situation under special control and ensure the safety of journalists in the country. We hereby urge the authorities of Kazakhstan to abide by the recommendations of the UN General Assembly Resolution of 21 September, 2012, which:

“Condemns in the strongest term all attacks and violence against journalists, such as torture, extrajudicial killings, enforced disappearances and arbitrary detention, as well as intimidation and harassment; Expresses its concern that attacks against journalists often occur with impunity, and calls upon States to ensure accountability through the conduct of impartial, speedy and effective investigations into such acts falling within their jurisdiction, and to bring to justice those responsible and to ensure that victims have access to appropriate remedies; Calls upon States to promote a safe and enabling environment for journalists to perform their work independently and without undue interference, including by means of:
(a) legislative measures;
(b) awareness-raising in the judiciary, law enforcement officers and military personnel, as well as journalists and civil society, regarding international human rights and humanitarian law obligations and commitments relating to the safety of journalists;
(c) the monitoring and reporting of attacks against journalists;
(d) publicly condemning attacks; and
(e) dedicating necessary resources to investigate and prosecute such attacks.”