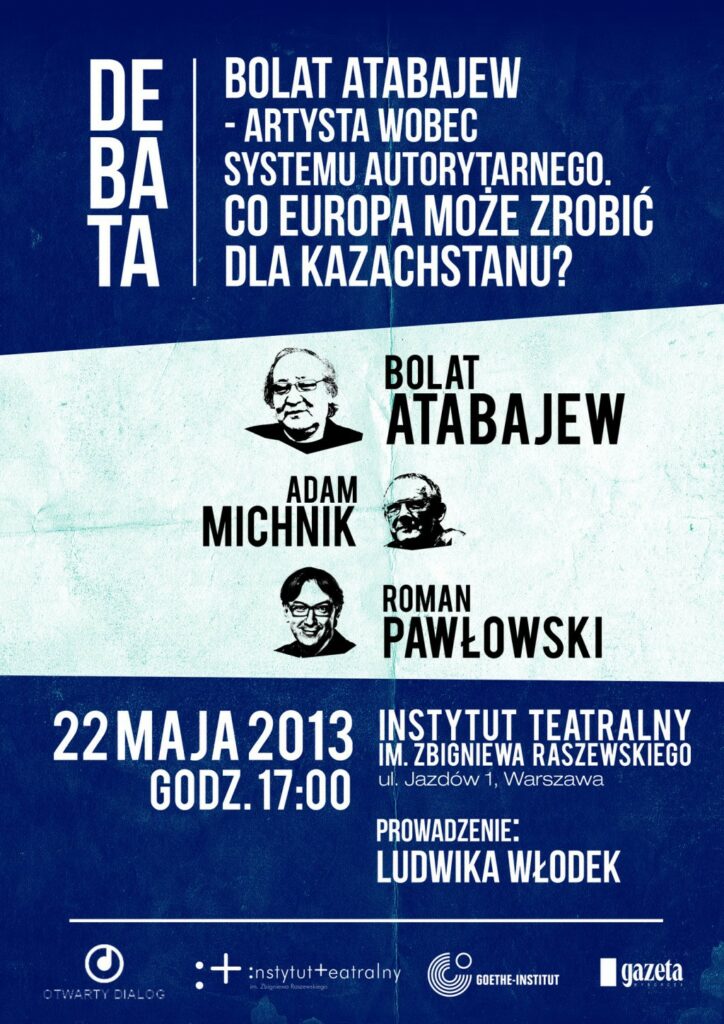 An invitation: “Bolat Atabayev – an artist in conflict with an authoritarian system. What can Europe do for Kazakhstan?”

Bolat Atabayev was born in 1952 near ​Taldykorgan, Kazakhstan. Families belonging to the German minority were forcibly resettled to this area during Soviet times. From 2004 to 2007, he was the chief director of the Deutsches Theatre in Almaty. Since 2005, he has been a director and the head of his own theatre ‘Aksaray’, which he founded along with his students. In June 2012, Atabayev was arrested for ‘incitement to riot’, as at the end of 2011 he publicly stood up for the striking employees of oil companies in Zhanaozen. His arrest sparked protests throughout Germany, which resulted in Atabayev’s release from prison at the beginning of July 2012. In August 2012, Bolat Atabayev was awarded the Goethe Medal, an honour bestowed each year by the Goethe-Institut to prominent European personalities of public life.

“The unity of views is a sign of the non-existence of culture. To think otherwise is a natural state in nature”. Bolat Atabayev, Respublika, February 2004. 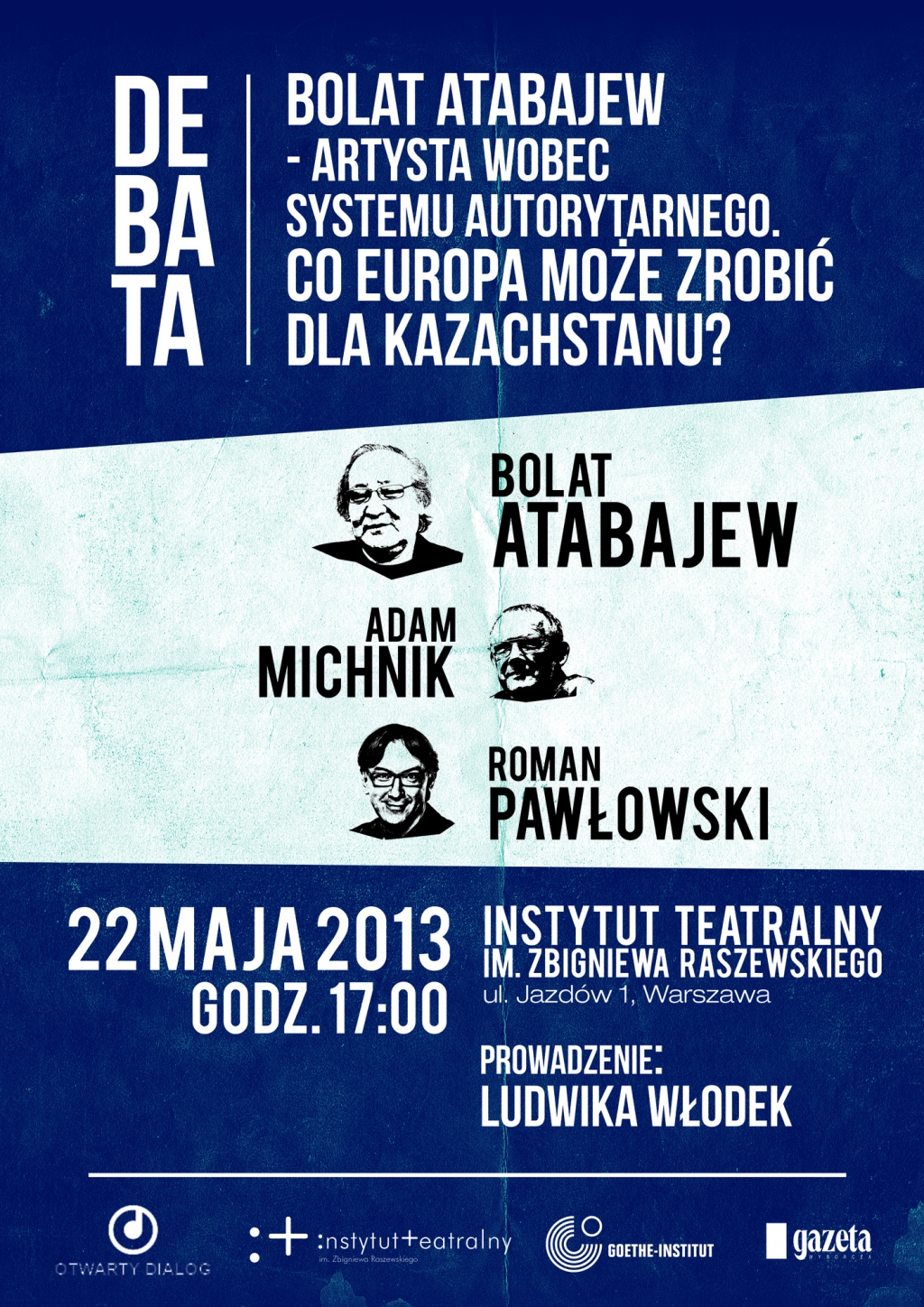