The General Prosecutor’s Office of the Republic of Kazakhstan and the management of the Penal Colony ЕС-164/3, where Vladimir Kozlov is currently serving his term, responded to the official inquiry, submitted by the Open Dialog Foundation regarding the Kazakh oppositionist’s health condition. In the nearest future, the Supreme Court will consider the motion to initiate review proceedings in the case of Vladimir Kozlov. 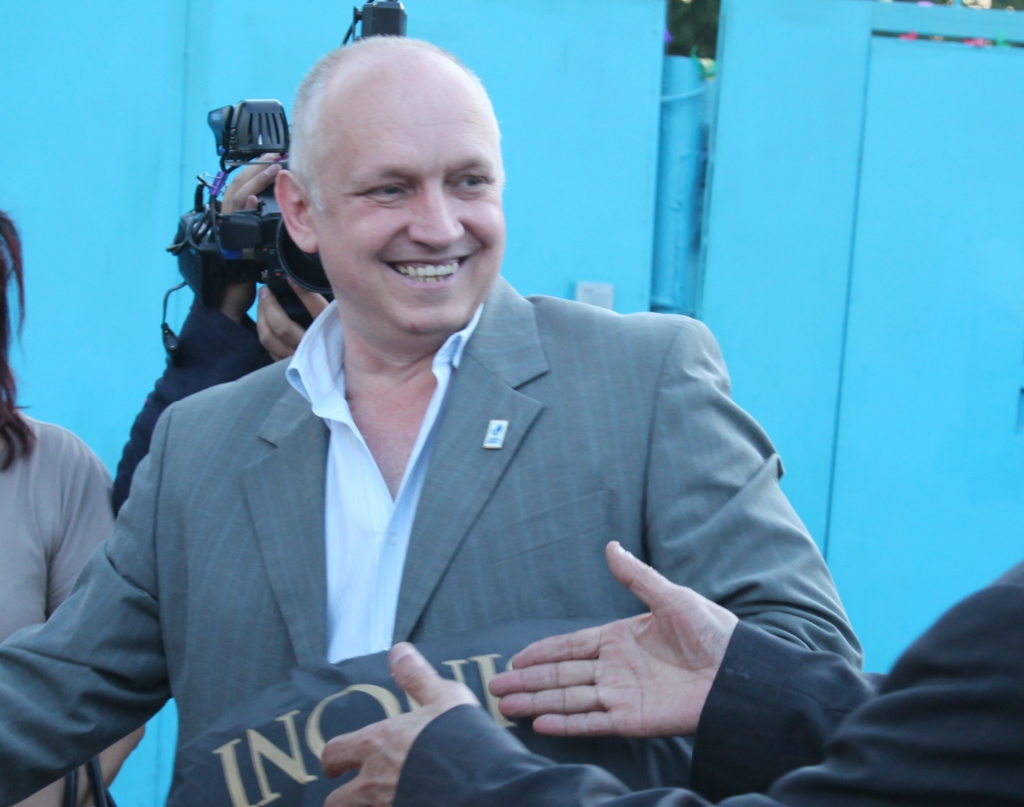 With regard to the official inquiry, submitted by the head of the Open Dialog Foundation, Lyudmyla Kozlovska, the General Prosecutor’s Office of the Republic of Kazakhstan has commissioned a thorough review of the instances of refusal to provide professional medical care to the convicted politician Vladimir Kozlov in the penal facility EC 164/3. This example suggests that pressure from the European civil community brings about positive results in terms of the protection of human rights in Kazakhstan.

An official response to the head of the Open Dialog Foundation was also issued by the management of the colony EC-164/3. “On 15 December, 2012, upon his arrival at the institution, the convict Vladimir Kozlov passed a full medical examination”. The health condition of the convict Kozlov was in satisfactory shape. Whilst serving his sentence  in the institution, he has reported to the medical unit of the institution with complaints of pains in the hip and stomach. On 19 March, 2013, a specialist physician carried out an ultrasound examination of his liver, pancreas and prostate. The examination revealed no structural changes, “- the official response reads. The letter also states that, according to the existing regulations, prisoners have the right to file a request for additional services at their own expense: “In the case of receipt of an application from the convict V.I. Kozlov, requesting the provision of paid medical and other services, he will be given the opportunity to use the services in accordance with Order No. 182 of the Ministry of Internal Affairs of Kazakhstan”.

In his April letters, Vladimir Kozlov reported to his wife Aliya Turusbekova that his health condition has improved – the hip pain occurs less frequently, and the toothache has become periodic.

Let us remind ourselves that since 23 January, 2012, Vladimir Kozlov has been incarcerated. On 8 October, 2012, the court sentenced him to 7.5 years’ imprisonment with confiscation of property for allegedly inciting social hatred, calling for the overthrow of the constitutional order, as well as the establishment and management of an organised criminal group during the Zhanaozen events in 2011.

Vladimir Kozlov is serving his term in the penal facility EC 164/3 in the town of Petropavlovsk, North Kazakhstan Province. This directly contradicts the law of Kazakhstan, according to which the convicted person is to serve his or her sentence in proximity to his or her place of residence (in Vladimir Kozlov’s case: the city of Almaty). The wife of Vladimir Kozlov and his family members have repeatedly appealed to the Minister of Internal Affairs of Kazakhstan, Kalmukhanbet Kasymov, demanding an official explanation as to why Vladimir Kozlov cannot serve his term in Almaty or Almaty Province. First, the Ministry argued that correctional facilities in Almaty and Almaty Province “are undergoing temporary difficulties with prisoner placement”. The most recent reply of 21 May, 2013, is genuinely surprising due to its lack of logic. It states that, nothing currently stands in the way of transferring Vladimir Kozlov to one of the prisons of the city of Almaty or Almaty Province. However, the request for the aforementioned transfer cannot be approved. The denial is motivated by the fact that, according to Art. 76 of the Criminal Executive Code of the Republic of Kazakhstan, a person sentenced to imprisonment must serve his entire sentence in the same correctional institution.

On 6 May, 2013, the Supreme Court of the Republic of Kazakhstan received a supervisory motion of the counsel Venera Sarsembina who represents the interests of Vladimir Kozlov. Within a month, the Judicial Board shall hold a meeting which will decide whether to institute review proceedings in the case of Vladimir Kozlov. Should the review proceedings be initiated, the condemning sentence of the Kazakh opposition activist would be revised.

On 23 May, 2013, Aliya Turusbekova announced on her Facebook page that the management of the prison EC 164/3 restricts Vladimir Kozlov’s right to receive parcels for no explicable reason. Five unsuccessful attempts to send him a parcel have been made to date.

According to Aliya Turusbekova, the fate of her husband is dependent on the political will of the authorities of Kazakhstan. “As regards the case of my husband, everything depends on the political decision, made in the depths of Akorda… If the request is ignored, it will be an indication that, in terms of political freedoms, we are closer to Uzbekistan and Turkmenistan, where democracy has been a meaningless term for a long time now,” – the wife of Vladimir Kozlov stated.

In Vladimir Kozlov’s letter to the head of the Open Dialog Foundation, Lyudmyla Kozlovska, the imprisoned Kazakh opposition leader expressed his gratitude to all those who continue to support him at this difficult time. Vladimir Kozlov reassured his sympathisers that his rights as a prisoner in the colony are not being violated, but it is difficult for him to even comprehend what is happening to him: “But the very cognisance that I am kept where only criminals should be kept, depresses me immensely. The regime of custody itself is, in fact, designed for evil-doers, for the suppression of aggression and other criminal inclinations, and, hence, it has detrimental impact on a normal person; an innocent man”.