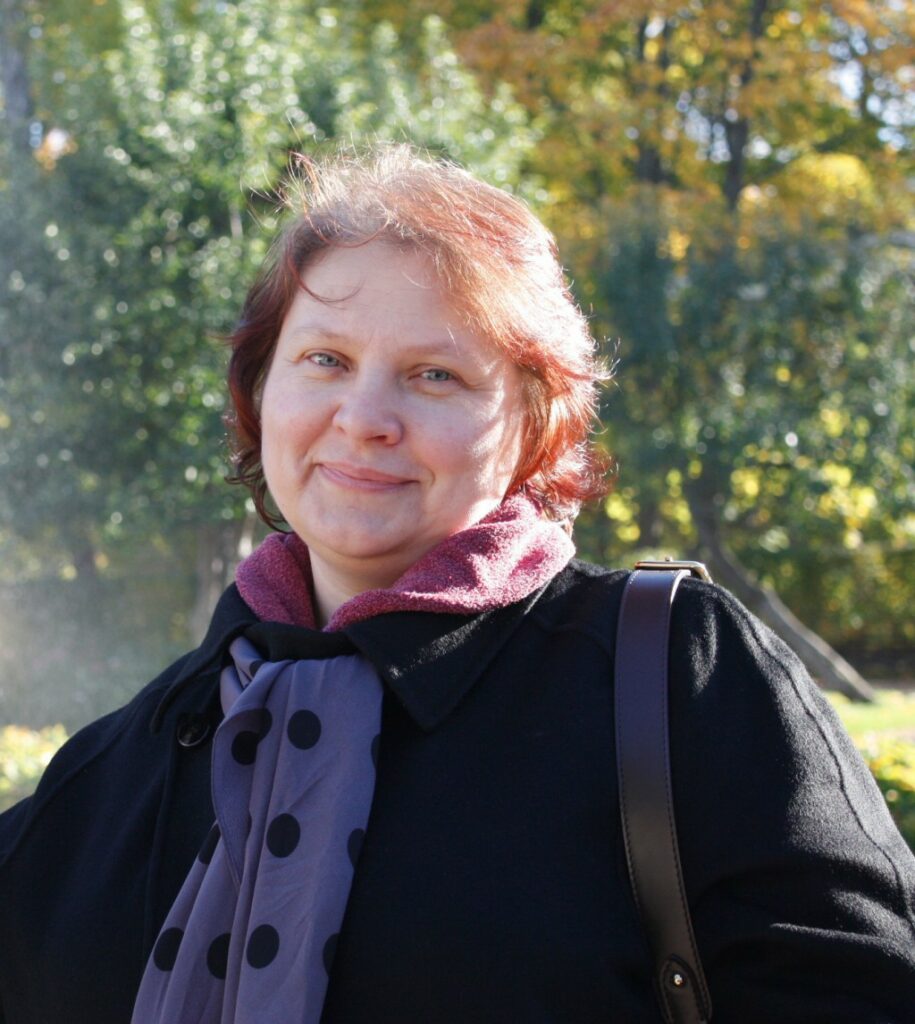 The case of Tatiana Paraskevich: the decision on extradition can threaten the life and health of the detainee

The Kazakh Prosecutor’s Office works closely with the Ukrainian and Russian investigative authorities in the investigation of the case of Tatiana Paraskevich, a colleague of Mukhtar Ablyazov, who is an opponent of Nursultan Nazarbayev. Tatiana Paraskevich currently resides in the Czech Republic. The lawyers argue that the criminal case, initiated against Tatiana Paraskevich, is politically motivated, and international human rights organisations fear for her life and wellbeing in the event of her extradition to Ukraine.

One of former leaders of BTA Bank is under investigation 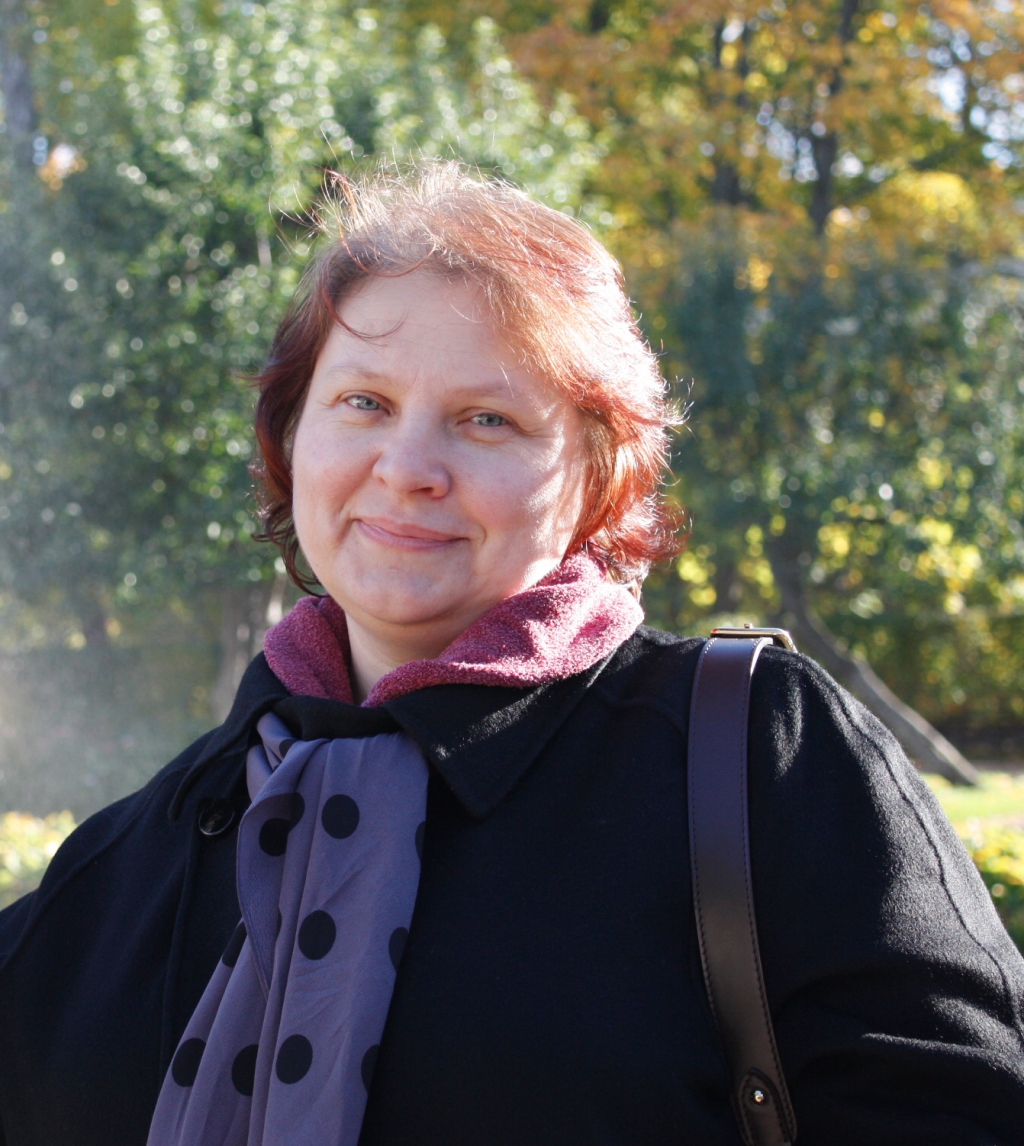 A citizen of Russia, Tatiana Paraskevich, top manager and a former head of accounting and financial management of the limited liability company ‘Investment and Industrial Group ‘Eurasia’, was accused by the prosecutor’s offices of Ukraine and Russia of committing financial crimes in collusion with Mukhtar Ablyazov, the former chairman of the Board of Directors of BTA Bank (Kazakhstan). After the nationalization of the system-forming BTA Bank on 2 February, 2013, the Kazakh government initiated a criminal case against the bank’s former management and placedthem on the international wanted list. Tatiana Paraskevich was also put on an international wanted list by the investigating authorities of Ukraine and the Russian Federation (RF).

The Russian Federation have charged Tatiana Paraskevich under the following articles:

In turn, Ukraine charged Tatliana Paraskevich with the following indictments: “Misappropriation or embezzlement of another person’s property, if committed on a large scale or by an organised criminal group (Article 191, paragraph 5 of the Criminal Code (CC) of Ukraine)”.

According to the Ukrainian Prosecutor’s Office, in 2008, Chairman of the Board of Directors of BTA Bank, Mukhtar Ablyazov, conspired with Tatiana Paraskevich, Roman Solodchenko, Aleksandr Udovenko, Igor Kononko and Syrym Shalabayev. These individuals held leadership positions in BTA Bank and represented the interests of the companies controlled by Mukhtar Ablyazov, which were clients of BTA Bank. According to the indictment, Tatiana Paraskevich, along with other members of the organised criminal group, concluded transactions which benefited companies controlled by Mukhtar Ablyazov under the guise of getting the loans. Thus, members of the organised criminal group took control over BTA Bank’s resources in the amount of $167.18 million, as claimed by the General Administration of the Ministry of Internal Affairs (MIA) of Ukraine.

In his legal statement issued to Marina Makhitkova, Tatiana Paraskevich’s counsel, a Kiev lawyer, Yevgeniy Pugachev, reports that Ukrainian and Kazakh prosecutor’s offices are working closely on the investigation of this case. With regard to the part of the indictment, referring to fraud, the lawyer is questioning the reliability of the evidence that had been discovered by unidentified persons in Kiev, and on the basis of which, the Kazakh Prosecutor’s Office conducted the examination. In addition, investigators do not have the original documents. Also, in the absence of any evidence, Yevgeniy Pugachev denied any possibility of Tatiana Paraskevich’s involvement in the misappropriation of another person’s property. The lawyer drew attention to the fact that the law enforcement agencies of Ukraine and the Russian Federation have opened criminal cases against Tatiana Paraskevich according to an identical scheme, which arouses suspicion that the cases were fabricated and instituted by order.

Due to the fact that the Ukrainian law enforcement agencies systematically violate the European Convention on Human Rights, Amnesty International with the Czech Republic and the Czech Helsinki Committee issued a formal statement against the extradition of Tatiana Paraskevich to Ukraine.

There are a number of reasons for which Tatiana Paraskevich’s extradition to Ukraine is unacceptable:

1. Evidence which proves that the charges are politically motivated.

On 25 March, 2013, the Kiev lawyer Yevgeniy Pugachev stated that the criminal prosecution of Tatiana Paraskevich “was initiated illegitimately and it is aimed at solving some political and economic issues connected with M.K. Ablyazov” in order obtain accusatory testimony against him. In Ukraine, Mukhtar Ablyazov was accused of misappropriation of property (Article 191, paragraph 5 of the Criminal Code). Czech journalist Anna Mayevskaya suggests that the Kazakh government is interested in capturing Tatiana Paraskevich to receive information on the funding of the Kazakh opposition from her.

The commissioned nature of the criminal case may be proven by the fact that on 11 September, 2010, Roman Marchenko, a partner at the law firm ‘Ilyashev and Partners’, which represents the interests of BTA Bank in Ukraine, informed the head office of BTA Bank as follows: “I am delighted to report that we have rendered assistance with our investigations, prompting an advancement in the case involving M. Ablyazov… The main fact having been established is that the organised criminal group, consisting of Ablyazov, Zharimbetov and others did exist”. Roman Marchenko also stated: “In our country (in Ukraine – ed.) the legal position means much less than the political will”.

Lawyers fear that after Tatiana Paraskevich’s extradition to Ukraine, the prosecuting authorities may transfer her further to Kazakhstan or Russia. The issue is that in Russia her case is conducted by the very same investigators who were involved in the ‘Magnitsky case’. In particular, one of the investigators in the case of Magnitsky was Nikolay Budilo, who is now in charge of Tatiana Paraskevich’s case. Nikolay Budilo is included in the list of personal sanctions of U.S. under the ‘Magnitsky Act’. A Czech journalist, Ondrzhey Golis, reported that one of the Russian investigators in Pilsen openly threatened the lawyer, Marina Makhitkova, saying that if she was in Russia, he would make sure that she be imprisoned.

2. The possibility of Tatiana Paraskevich’s abduction by Kazakh special services on the territory of Ukraine.

In recent years, the Kazakh special services have repeatedly attempted to intimidate opposition politicians and civil activists in post-Soviet states. The most well-known cases are: an assassination attempt against the opposition leader Piotr Svoik in Bishkek on 1 December, 1997; an assassination attempt against former officials: Alnur Musayev and Rakhat Aliyev in Vienna on 25 October, 2008, surveillance of the editor of the ‘Golos Respubliki’ newspaper, Daniar Moldashev, in Moscow in March 2011 and an attempt to kidnap the oppositionist Aynur Kurmanov in Moscow on 15 December, 2012. With regard to the politically motivated case of Tatiana Paraskevich, the Kazakh government may influence the actions of Ukraine in the matter of her extradition, assumes the president of the Civil Foundation ‘Civic Engagement’, Muratbek Ketebayev.

It is especially necessary to take into account the fact that on 19 October, 2012, in Kiev, Leonid Razvozhayev, a citizen of the Russian Federation and a parliamentary assistant of a famous left-wing member of parliament, Ilya Ponomarev, was kidnapped. On 21 October, 2012, Leonid Razvozhayev arrived in Moscow and was arrested. Then, a representative of the Ukrainian Foreign Ministry announced that a kidnapping had taken place, but “this is not a criminal case, but rather an issue of cooperation between law enforcement agencies, of which I know nothing”.

3. Incidents of torture or cruel, inhuman or degrading treatment in police custody in Ukraine.

Over the past few years, the number of incidents of torture, exerted by police has increased in Ukraine. In 2010, the Ukrainian Parliament Commissioner for Human Rights received 5,000 complaints of torture in police stations. According to the Ministry of the Interior, in 2010, 40 cases of deaths in custody were registered. The Ukrainian Helsinki Group, however, reported 51 cases. The death of Igor Indylo and Dmitriy Yashchuk whilst in custody sparked protests across the country.

In 2010 in Ukraine, up to 790 thousand people suffered from torture and other ill-treatment by law enforcement officers, and in 2011, almost a million citizens became victims of police violence.

In 2012, the European Court of Human Rights (ECHR) in nine lawsuits against Ukraine recognised that Ukrainian law enforcement agencies exerted torture against detainees. Of 114,474 complaints filed against Ukrainian police in 2012, only in 32 cases have the criminal proceedings been initiated.

4. The violation of the right to a fair trial.

Recently, the European Parliament has repeatedly raised the issue of selective justice in Ukraine. The head of the Foreign Affairs Committee of European Parliament, Elmar Brok, on 19 April, 2013, reported the inappropriate conduct of Ukraine regarding the use of selective justice, and stated that for this reason, the United States have limited the entry into their territory of the Deputy of the General Prosecutor of Ukraine. In its statement, issued on 19 March, 2012, the Czech Helsinki Committee reported that Ukrainian courts violate the principle of equality of arms and the right to protection. Amnesty International drew attention to the fact that the Ukrainian Prosecutor’s Office takes advantage of the possibility to exert pressure on judges.

In addition, according to the Global Corruption Barometer 2010/11, the Ukrainian judicial system was recognised as one of the most corrupt in the world.One of the representatives of the interests of BTA Bank in Ukraine, Roman Marchenko, noted that in Ukraine “certain pressure is exerted on the courts and in some cases a bribe of $2, 000 has to be paid. It is extremely difficult for counsels to fight for the truth in court without the money to pay bribes and for a small businessman, it is practically impossible.”

According to Article 3 of the UN Conventionagainst Torture, the state shall not expel, return (‘refouler’)or extraditea person to anotherState where there are substantial grounds forbelieving that he would be in danger of being subjected to torture.

The Open Dialog Foundation is concerned over the fact that, should Tatiana Paraskevich be extradited to Ukraine, she would be at risk of torture and ill-treatment by the law enforcement agencies, she could be transferred into the custody of investigating authorities of the Russian Federation or she may be abducted by the secret services of Kazakhstan. There is good reason to doubt that a fair trial is awaiting Tatiana Paraskevich in the territories of Ukraine or Russia. In addition, Tatiana Paraskevich may become a victim of political violence in connection with the criminal prosecution of Mukhtar Ablyazov, an opponent of the Government of Kazakhstan.

We hereby appeal to the Minister of Justice of the Czech Republic, Pavel Blazek, with a request that he refuse to extradite Tatiana Paraskevich to Ukraine. We encourage all those interested in helping to address Mr. Pavel Blazek with the same appeal to the address:

On 2 February, 2009, the government of Kazakhstan announced that 78% of the shares of BTA Bank had been transferred to the State Fund ‘Samruk-Kazyna’. The Chairman of the Board of Directors Mukhtar Ablyazov was suspended from his duties. In 2008, BTA Bank showed growth in almost all indicators, including the consolidated assets of the bank as well as customer accounts, and was the largest creditor of the Kazakh economy. Mukhtar Ablyazov and members of the Independent Business Association labeled the actions of the government ‘raiding’.[LINK],[LINK]