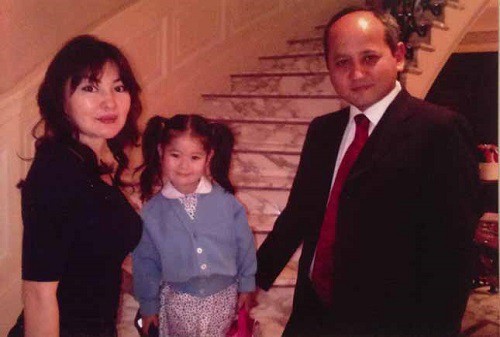 On 29 May Alma was captured by Italians, on 30 May criminal proceedings were initiated against her, and on 31 May she and her child were trafficked from Italy to Kazakhstan

Although the MFA stated on 1 June that they knew nothing about the kidnapping of Alma and her child, I have found out that during the flight they were accompanied by 2 employees of the embassy of Kazakhstan in Italy. It was they who took custody of Alma and Alua from the Italians and forced them on to a plane, despite Alma’s request to grant her refuge (any person is entitled to make such a request at any moment while staying in a foreign state. The foreign state being obliged to consider such a request; still, the Italians claimed that it was “too late”). 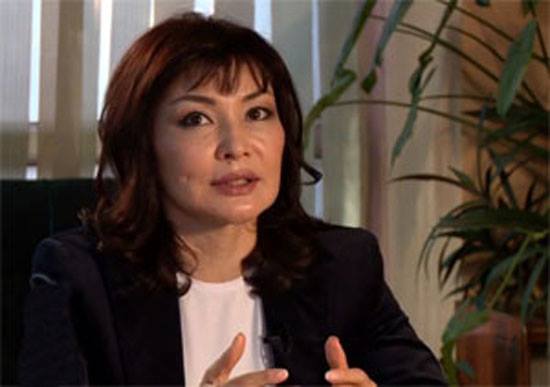 This is how Alma described them: We were escorted by two persons from Kazakhstan, they were Kazakh citizens. One of them is the Consul in Italy. I was aghast, I tried hard not to cry so as not to frighten Alua. I had hardly slept for more than two days and was feeling bemused. But I did talk with them. The Consul is a thirty-year-old man and has a two-year-old daughter. The second one has three children. The second one was taller.  During the conversation, they pretended that they were not aware of my identity or why such an expensive plane had been sent especially for me. They certainly knew who I was but they pretended that they didn’t. We boarded the plane with no documentation.  The documents remained with the Italians and I didn’t know what they had done with them. The people escorting me said that they did not have our documents.

A Russian flight hostess met us on board.  It was a very luxurious, privately owned plane.. Those people were extremely astonished by the fact that such an expensive plane had been chosen. They wanted to watch a film and so DVDs were brought; they were all in Russian. During the flight, the tall guy spent almost all of the time in the flight deck. The air hostess was whispering with my escort all the time. She talked in Russian. Something extraordinary was obviously going on in the flight deck, as they were communicating with the ground. I sensed that there was some tension in the flight deck.

When we arrived, they were already waiting for us. I was told to get off first. I was simply in a stupor, it was not just simple fright anymore, it was pure consternation, and I was only thinking about my child and doing all I could not to fall down. I felt sick. When I was getting off, I saw that the air hostess passed some papers to the people accompanying me.  We were accompanied by two persons. When someone asked “Where are her documents?” they produced two papers as if from out of fresh air. Some sort of ID certificates. They carried photos, mine and my daughter’s, and the passport details.

Then we were put into the car which took us to the airport terminal. At that moment I noticed that we were being filmed on a video camera from behind a glass door. During passport control they asked our escort to present documents. It was at that moment that the documents, handed over by the air hostess were produced.  Some woman said: “They can pass”. And they let us through. These ppeople were talking on their phones all the time, and they would nip off each time they received a call. They were constantly calling somewhere and reporting something. “We are still at the airport, we are passing …”. They kept pressing their telephones to their ears. They received orders and reported their every move. I was walking as if I was in a fog and hoping to God that they would not take Alua away from me.

Then they took us to a room and told us to wait. Three persons came.  “We have brought an order on the institution of criminal proceedings and transferring the case for preparatory proceedings”, said one of them and passed some paper to me, “Please familiarise yourself with it and sign it”. I came to my senses and categorically refused: “I am not signing anything”.

What were those documents?

(1)   Formal written indictment No. 13230004100049 and notice of transferal of the case for preparatory proceedings dated 30 May 2013, signed by the colonel of justice, A.Abugaliyev, chief of the Investigation Department of the National Security Committee of the RK Department , Atyrau province (SO DNKB RK). The 3-page document reads: Alma Shalabayeva is accused of committing a crime under article 325 of the CC of the RK, “Forgery, manufacture or sale of fake documents, stamps, seals, blank documents, state decorations”. Criminal proceedings have commenced against her due to the presence of elements of criminal activity under article 325 (2).

The document contains the following handwritten entries: “A.B. Shalabayeva has read this order and received a copy thereof, but has refused to sign the document”. There is also a lawyer’s signature dated 01.06.13 on the document. It is partly illegible, possibly “Gauriyev”. Signed “senior investigator of the Department of the Interior, DKNB RK, colonel of justice“ – signature illegible (possibly, Zhasudakov О.Zh.) and the date “01.06.13”.

(2)   Formal written indictment dated 30 May 2013, signed by colonel of justice, A.Abugaliyev, chief of the Investigation Department of the National Security Committee of the RK Department for Atyrau province (SO DNKB RK). Based on the criminal case file No 13230004100049. It is a 3 page document. The descriptive section is identical to the contents of the  indictment No 13230004100049 and transferal of the case for preparatory proceedings dated 30 May 2013. However, the resolutive section contains an additional accusation under Article 325 (3) of the CC of the RK.

(3)   Decision to select measure of restraint in the form of surveillance and obligation of appropriate conduct dated 31 May 2013.  Signed by colonel of justice, A.Abugaliyev, chief of the Investigation Department of the National Security Committee of the RK Department, Atyrau province (SO DNKB RK). However, the document states that Alma was presented with charges on 29 May 2013, rather than on 30 May, as is written in the indictment.

Some interesting conclusions can be drawn from these events – was it an operation aimed at detaining a serious criminal? She was captured in Italy on 29 May and, it would appear, Kazakhstan was immediately notified of this fact. The criminal indictment and the criminal charges, handed to her in Kazakhstan, are dated 30 May (let us forget for a moment the ‘erroneous’ date of 29 May in the order to select measure of restraint), and the order to select measure of restraint is dated 31 May. She was deported from Italy on 31 May. She arrived in Kazakhstan on the dawn of 1 June, and the NSC people served her with the documents immediately after her arrival.  It is a striking match of the efforts of the NSC investigators in Atyrau and the Italian kidnappers. And the main thing is that the MFA is not aware …