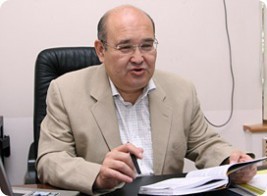 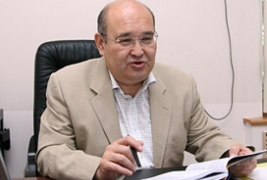 On 12 June, 2013, at approx. 5.00 p.m. local time, a renowned Kazakh politician and oppositionist Muratbek Ketebayev was arrested in Lublin (Poland). The custody report doesn’t indicate the reasons which served as the basis for taking such a harsh measure. Information was obtained that a court trial is scheduled for the morning of 13 June, 2013. The apprehension was carried out upon the direct request of the authorities of the Republic of Kazakhstan of 7 June, 2013.

On 12 June, 2013m at approx. 11 a.m., the police officers arrived at the apartment in the city of Lublin, where Muratbek Ketebayev officially resides. They declared that they wanted to talk with him, but at that time the politician was not present at home. Having learned about the visit of the police, Ketebayev voluntarily reported to the police station, assuming that the upcoming conversation is a part of the procedure for obtaining political asylum, but instead, he was arrested.

When the solicitors were trying to establish the reasons for the arrest, the police reported that the custody report didn’t specify the reasons, but includes information regarding only to his name, photo, ID number and the order to arrest him.

The police were not inclined to arrest Muratbek Ketebayev in view of the fact that he had reported for questioning voluntarily, his identity card and residence permit in Poland were legal and valid, and the documents submitted by solicitors testified that there can be a potential political context of his repression on the part of Kazakhstan. However, after a telephone consultation with representatives of the prosecutor’s office, the police incarcerated Muratbek Ketebayev for 48 hours.

We received information that he had undergone some medical tests at the military hospital in Lublin in order to confirm the diagnoses of diabetes and problems with blood pressure, reported by the detainee. Police said that in the case of need and a request from Ketebaev, he will be given pharmaceuticals and medical assistance.

At the request of Muratbek Ketebayev’s request to be permitted to pass him some personal hygiene items, they were informed that the trial of the detainee is scheduled for the next day in the morning, i.e. 13 June, 2013.

According to the counsel Wojciech Mądrzycki, who deals with extradition cases, compulsory appearance in the prosecutor’s office may result in arrest only under specific, exceptional circumstances, i.e. when the apprehended person does not appear in court despite the summons, or otherwise significantly impedes the pending litigation. Also in accordance with the jurisprudence of the European Court of Human Rights it is not permitted to use this type of coercion without a well justified reason.

Prior to the arrest, Muratbek has not received any summons. He has been residing legally in Poland on the basis of a residence permit, his place of residence is known, he carries out a public activity, giving speeches conferences as well as giving interviews.

Muratbek Ketebayev’s arrest raises concerns in the light of the recent swift and illegal deportation from Italy to Kazakhstan of Alma Shalabayeva and Alua Ablyazova, respectively the wife and daughter of the businessman and opposition politician Mukhtar Ablyazov. Let us remind ourselves that on the night on 30 May, 2013, in Rome, more than 30 armed officers of Italian law enforcement bodies raided the house and arrested Ablyazov’s family members. Within the following two days they were deported by a chartered plane to Kazakhstan where Ablyazov’s spouse was immediately presented charges in a criminal case and she was placed under house arrest.

Мuratbek Ketebaev, born in 1957, a former Vice Minister of Economy of the Republic of Kazakhstan, carried out active civil and political activities, he wrote analytical articles in the Kazakh newspaper and the Internet portal ‘Respublika’. Ketebayev often met with members of the European Parliament, representatives of the European Parliament, international organisations, the OSCE and the UN in order to inform the public about the situation in Kazakhstan, including the tragic events in Zhanaozen, human rights violations, corruption and oppression of the opposition and the independent media.

Since 2010, Muratbek Ketebayev has resided outside of Kazakhstan, in Poland – since 2011. At the moment he is undergoing a procedure for obtaining a refugee status in the Republic of Poland.

In Kazakhstan, Muratbek Ketebayev was charged under the same articles of the Criminal Code of the Republic of Kazakhstan (hereinafter referred to as CC), as an opposition politician Vladimir Kozlov:

2. Article 170, paragraph 2 (“calling for the overthrow of the constitutional order”)

3. Article 235, paragraph 1 (“the establishment and leadership of an organised group with the aim of committing one or more crimes, as well as participation in it”).

On the basis of the verdict against the opposition politician Vladimir Kozlov of 8 October, 2012, Ketebayev was also accused in the financing of the opposition newspapers which were banned in December 2012 by the Kazakh court for the manifestation of extremism. Still, no incidents of extremism have been proven, and according to the resolution of the European Parliament the charges were classified as political repression and exerting pressure on the media.

Also, the government of Kazakhstan accuses Muratbek Ketebayev of funding a terrorist attack which wasn’t carried out. An independent analysis of the materials provided by the security forces of Kazakhstan shows that the charges with the preparation of the attack and its preparation itself could be falsified in order to accuse the opposition. Lest we forget that Muratbek Ketebayev, along with Mukhtar Ablyazov and Aleksandr Pavlov were recognised as involved in terrorist attacks planned to be carried out on 24 March, 2012 in the city of Almaty.

Previously, Ketebayev was one of the founders of the opposition party ‘Alga!’, whose activities were banned due to the support of striking oil workers in Mangistau Province in 2011, criticism of the government as a whole and President Nursultan Nazarbayev in particular.

The Open Dialog Foundation calls on international community, journalists, members of the parliaments of European countries and social activists to closely monitor the developments surrounding the arrest of  Muratbek Ketebayev, especially in the light of the recent deportation from Italy of Mukhtar Ablyazov’s wife and 6-year-old daughter, which was carried out under mysterious circumstances. It is extremely crucial to ensure careful observance of the legality of detention and prevent the threat of Muratbek Ketebayev’s deportation from Poland to Kazakhstan.

More on this topic:
Muratbek Ketebayev