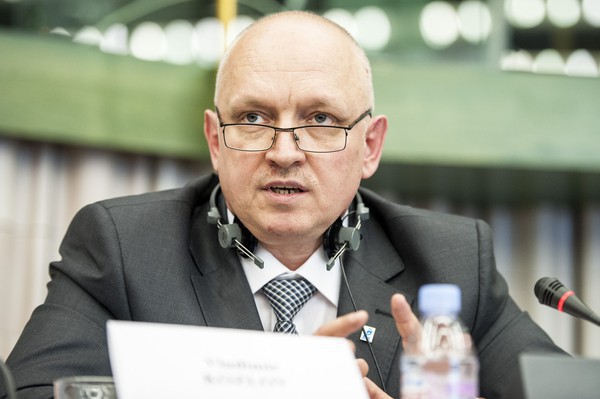 On 1 July, at 9:30 a.m. local time, Vladimir Kozlov, the Kazakh political prisoner, who was sentenced to seven years and six months’ imprisonment, will stand before the Supreme Court in Astana. The criminal proceedings arose as a result of his political activity, aimed at the restoration of democracy in the authoritarian country, ruled by Nursultan Nazarbayev. Kozlov was arrested upon his return from Brussels, where he had fought for the establishment of an international group to investigate into the events in Zhanaozen, where, according to unofficial sources,  dozens of people were killed during the pacification of a peaceful  strike of workers in December 2011.

The case  will be reheard in the court of highest instance in Kazakhstan. Kozlov has been incarcerated for almost 18 months, most recently in a penal colony in Petropavlovsk (Siberia) in almost unbearable conditions (with no medical consultation, little opportunity to be visited by his family members and with thethreat of further oppression hanging over him). This is the last chance for the dissident to be released, and for the government of Kazakhstan it is the last opportunity to demonstrate good intentions in view of the protests, expressed by the European Commission and international community in several resolutions. Such trials are frequently subjected to pressure and manipulation by the authoritarian government, and so, the presence of independent representatives who could guard the observance of democratic standards during the trial, is necessary. This role has been undertaken by the Polish MPs: Marcin Święcicki, Piotr Cieśliński, Tomasz Makowski and Adam Rybakowicz, who are travelling to Kazakhstan as members of the observation mission, organised by the Open Dialog Foundation, which fights for human rights and promotes the need for democratic processes in Kazakhstan. The Polish MPs will take part in the trial, after which they will spend the next two days in meetings with representatives of the government, the families of the opposition, representatives of NGOs and the media in an effort to bring about a dialogue between the two parties.