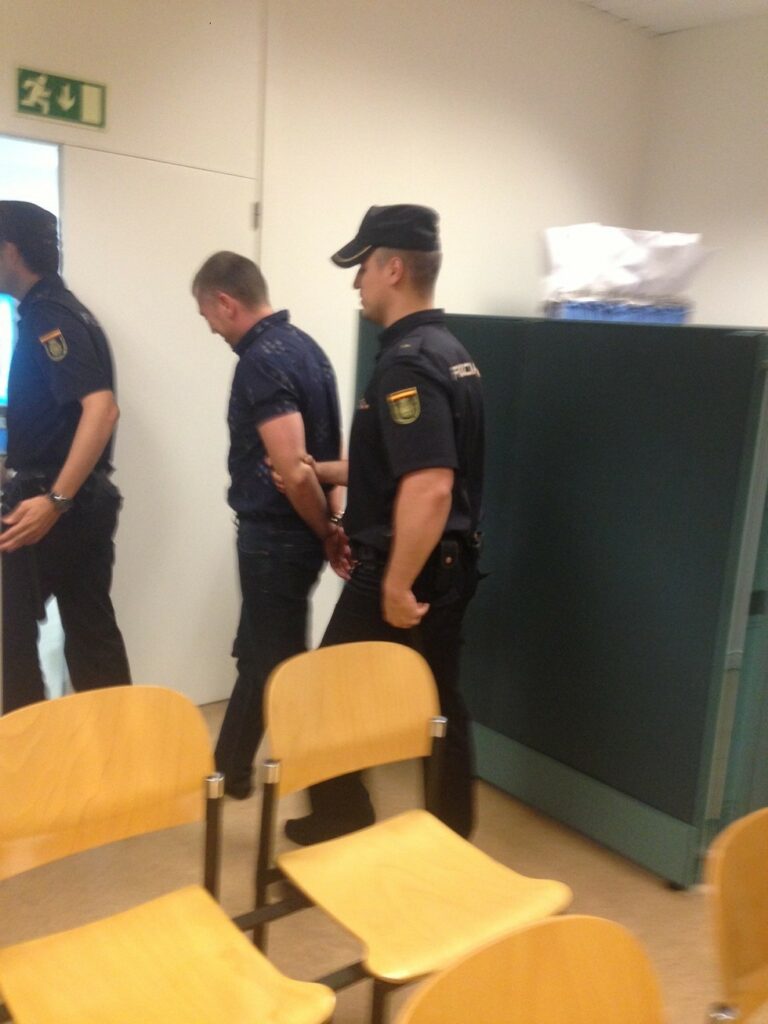 Under the pretext of false accusations of terrorism, Kazakh authorities are trying to extradite one more person from Mukhtar Ablyazov’s circle – his former bodyguard Alexandr Pavlov. In view of the vague nature of the charges, the Open Dialog Foundation calls upon the authorities of the Kingdom of Spain to prevent the extradition of Alexandr Pavlov to Kazakhstan, where he will face politically motivated criminal proceedings. 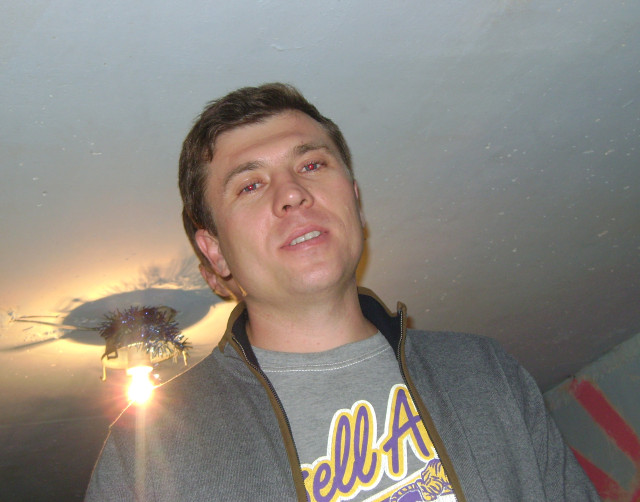 Alexandr Pavlov was arrested in Madrid on 11.12.2012 upon the issuance of a “red notice” by Interpol dated 23.05.2012 in which it was stated that he is wanted in Kazakhstan for embezzlement of entrusted property.

The next day, 12.12.2012, Alexandr Pavlov appeared in court (Central Investigation Court No. 6), which ruled he be detained pending receipt of the official request of Kazakhstan for his extradition. The corresponding request from the Kazakh side was obtained in Spain on 03.01.2013. Despite the fact that Interpol’s “red notice” was issued only in respect of the alleged crime of embezzlement of entrusted property, the Kazakh authorities have additionally demanded the extradition of Alexandr Pavlov for also trying to organise terrorist attacks in Kazakhstan.

Let us remind ourselves that on 28.03.2012 the General Prosecutor’s Office of Kazakhstan issued a press release in which it reported on the prevention of acts of terrorism by intelligence agencies of Kazakhstan in Almaty. In violation of the presumption of innocence (Article 19, paragraph 4 of the Criminal Procedure Code of the Republic of Kazakhstan), Alexandr Pavlov and Kazakh opposition leaders Mukhtar Ablyazov and Muratbek Ketebaev, who are currently forced to live outside of the country, were immediately declared organisers of the violent crime. The evidence base of the case has a very dubious nature. According to Muratbek Ketebaev, the issuance of an international arrest warrant against Alexandr Pavlov, his arrest and potentially imminent extradition to Kazakhstan serve one purpose – to discredit Kazakh opposition politicians.

17.01.2013 Alexandr Pavlov officially notified the prison authorities that he intended to apply for political asylum in Spain. This was also reported to the court. According to Pavlov, the charges that were put forward in Kazakhstan are directly linked with the charges against the opposition leader Mukhtar Ablyazov and have a political nature. An application for asylum was formalised on 24.01.2013 and accepted for consideration on 06.02.2013. The case was transferred to the National Supreme Court (Audiencia Nacional) for a decision on Alexandr Pavlov’s extradition.

It is known that during Alexandr Pavlov‘s stay in prison, consular employees of Kazakhstan in Spain – Azamat Abdraimov and Alex Zhumagulov – visited him. They asked Alexandr Pavlov questions relating to his case, and asked about the family that could be interpreted as a veiled threat. From a legal point of view this visit violated asylum laws; Alexandr Pavlov had applied for asylum and should have therefore been protected from the Kazakh authorities at the time of meetings.

17.04.2013 In the National Supreme Court (Audiencia Nacional) a hearing was held in the case of Alexandr Pavlov. The court refused to extradite him on the grounds that the extradition documents were poorly translated, which prevented the court from thoroughly investigating the case. Alexandr Pavlov was released from custody. However, the court provided an opportunity to the Kazakh side to provide new documentation for a repeat request pertaining to Alexandr Pavlov’s extradition.

10.05.2013 Kazakhstan provided new documentation to extradite Alexandr Pavlov, and therefore the process of his extradition has been reestablished. 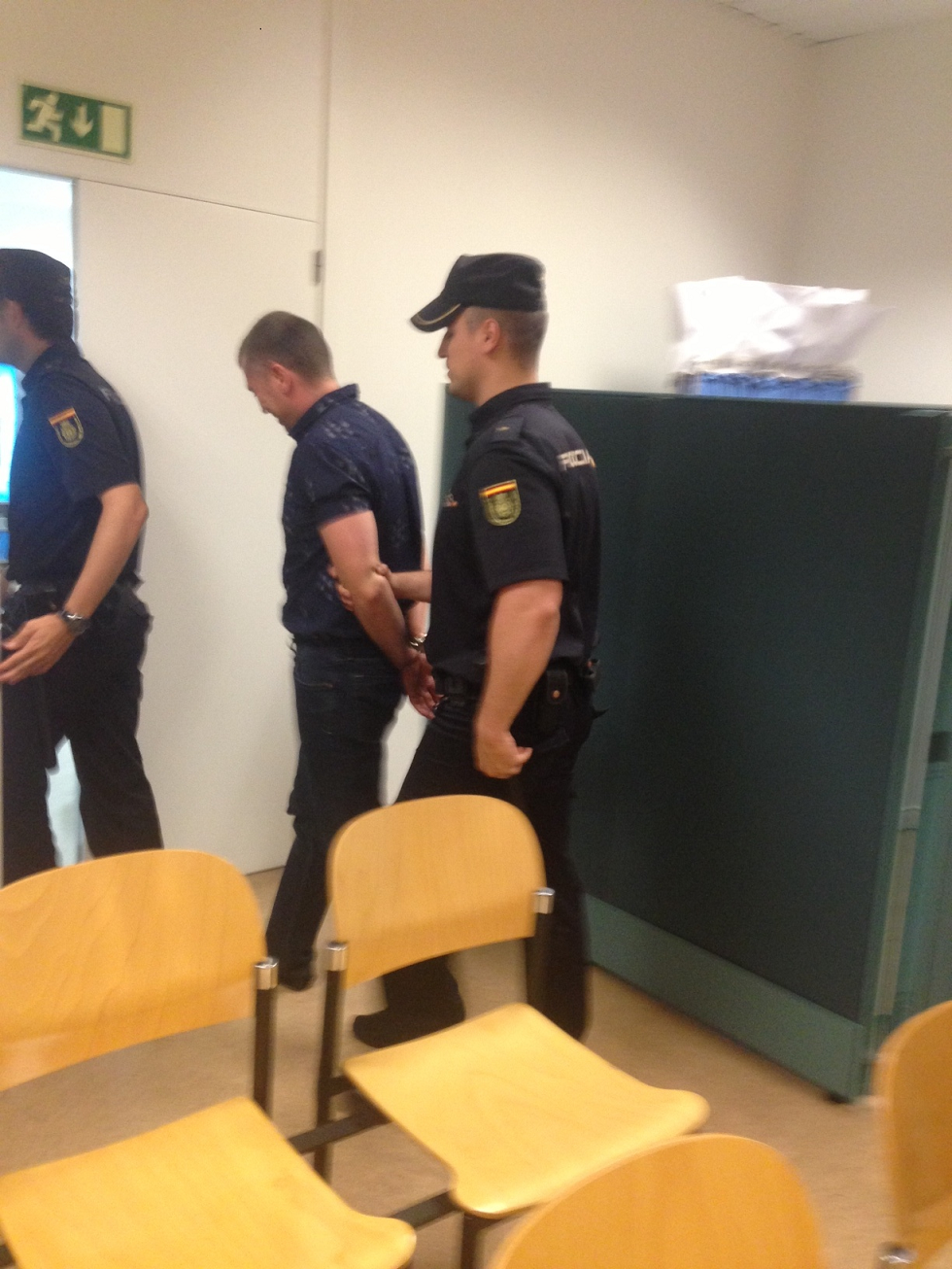 24.05.2013 the Spanish National Intelligence Service (Centro Nacional de Inteligencia) prepared a special report, which stated that Alexandr Pavlov, because of the charges against him of conspiring to commit terrorist acts in the territory of Kazakhstan, is a threat to the national security of Spain. This report was only an advisory conclusion resorted by the Spanish authorities, when considering his political asylum application. According to Pavlov’s advocates who had access to the report, it does not contain any specific information about terrorism, but only repeats the allegations officially presented by the Kazakh side. Alexandr Pavlov was not given an opportunity to provide alternative information.

The report also states that one of the reasons behind Alexandr Pavlov ‘s extradition is his interrogation by  the Kazakh secret services in the case of BTA Bank. Let us recall that the main suspect accused in that case is the Kazakh opposition leader Mukhtar Ablyazov.

01.06.2013 In Central Investigation Court No 6, another hearing was conducted in the case of Alexandr Pavlov. The judge stated there was no reason to believe that the Spanish government had the intention of granting him asylum by virtue of a decision on the continuation of the procedure of his extradition. On the same day, Alexandr Pavlov was sent to prison, where he must remain until the final decision on his extradition is announced. During the first week, under bureaucratic excuses he was not allowed to contact his lawyer by phone . All this suggests that the Spanish authorities intend to extradite Alexandr Pavlov to Kazakhstan

According to Alexandr Pavlov’s lawyers, the asylum case was accompanied by numerous procedural violations. In particular, the lawyers were not allowed to submit their claims in a written form, as required by the procedures.  Representatives of the UN High Commissioner for Refugees participated in the case, but did not have a chance to express their opinion of the case and to make a report about it, which is compulsory in an urgent procedure such as this one.

According to his defence, there was also no justification for the detention of Alexandr Pavlov in a medium security prison (isolation, limited contact with the staff), as in Spain no  charges of terrorism are being brought against him. In this regard, lawyers filed a complaint in the Prison Supervision Court (Juez de vigilancia penitenciaria).

The Open Dialog Foundation points out that Alexandr Pavlov’s extradition is yet another attempt by the Kazakh authorities to prosecute people close to the businessman and politician Mukhtar Ablyazov – the main opponent of Nursultan Nazarbayev’s regime.

01.06.2013 Mukhtar Ablyazov’s wife – Alma Shalabaeva and their infant daughter – Alois Ablyazova were illegally deported from Italy to Kazakhstan. Immediately upon arrival in Kazakhstan, Alma Shalabaeva was presented with criminal charges and now faces a prison sentence. 12.06.2013, the international organisation UN Watch, during the regular session of the UN Council on Human Rights presented a report on “unfair” deportation of Mukhtar Ablyazov’s family. The Members of the European Parliament: Nicole Keel-Nelsen (France), Barbara Lozbihler (Germany), Franziska Keller (Germany) – addressed the European Union High Representative for Foreign Affairs and Security Policy Catherine Ashton with written questions on the case of the abduction of the Kazakh opposition politician’s wife and 6-year-old daughter.

12.06.2013 in Poland, a Kazakh opposition leader was detained. Muratbek Ketebaev, who is currently attempting to obtain political asylum in this country, was arrested as a result of a warrant issued by Interpol, since Kazakhstan placed Muratbek Ketebaev on the international wanted list. After being questioned by the Polish Prosecutor, Muratbek Ketebaev was released from custody. Prosecutor Piotr Sitarski stated that the prosecution decided not to detain and/or deport the persecuted citizen of Kazakhstan because the accusations brought against him may be political in nature.

In view of the vague nature of the accusations against Alexandr Pavlov, on the basis of which he was declared wanted by the Republic of Kazakhstan (the charge of conspiring to commit terrorist acts), the Open Dialog Foundation calls upon the authorities of the Kingdom of Spain to refuse the demands for his extradition to Kazakhstan.

There is a real risk that, if Alexandr Pavlov is extradited to Kazakhstan, he will be deprived of the right to a fair and impartial trial, and subsequently, his health and freedom would be at risk. There is every reason to believe that the extradition request was filed for the purpose of Alexandr Pavlov’s prosecution because of his links with Mukhtar Ablyazov. We wish to point out that, according to the UN Convention relating to the Status of Refugees, the expulsion or deportation of refugees to the frontiers of territories where their lives or freedom would be threatened on account of race, religion, nationality, membership of a particular social group or political opinion is not allowed (Article 33).

The Open Dialog Foundation calls on international human rights organisations to send requests to the competent authorities of the Kingdom of Spain with the aim of obtaining asylum for Alexandr Pavlov and prevent his extradition to Kazakhstan, where he would be in danger. You can contact the following relevant authorities using the details provided: