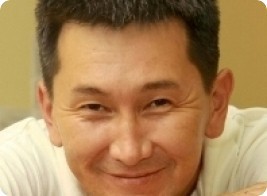 Lukpan Akhmedyarov’s case: perpetrators of the assassination attempt against the journalist have been convicted

The perpetrators of the assassination attempt against Lukpan Akhmedyarov have been sentenced to long prison terms. However, the true architects of the assassination attempt have not yet been determined. Lukpan Akhmedyarov cannot go to Europe in order to receive an honorary doctorate from the University of Liège, because the Kazakh courts ordered him to pay exorbitant fines to officials for alleged libel.

On 10 July, 2013, The Uralsk Specialised Criminal Court handed down its verdict against perpetrators of the assassination attempt against the famous Kazakh journalist Lukpan Akhmedyarov. As a result, four people were convicted under Article 24-96 of the Criminal Code of the Republic of Kazakhstan (“attempted murder”):

Initially, the investigators accused the perpetrators of attempted murder with establishment of an organised criminal group (Article 235 of the Criminal Code), but the court dismissed the charges. The court partially granted Lukpan Akhmedyarov’s motion that defendants recover moral damages in the amount of 4 million tenge (approx. 20,500 euros). At the same time, the court dismissed the civil suit, filed by the journalist, for the recovery of material damage.

Let us remind ourselves that on the night of 19 April, 2012, an attempt on the life of Lukpan Akhmedyarov was made. The attackers severely beat the journalist, shot him twice  firing a non-lethal weapon, and inflicted eight stab wounds to his heart. As a result, the journalist suffered multiple punctures to his lung and stomach, and a bone fructure in the temporal region. Had the doctors not provided timely medical care and carried out surgery, Lukpan Akhmedyarov could have died from his injuries. “Certainly, the attempt on my life was made in connection with my professional activities,” – stated Lukpan Akhmedyarv in his comment to the Open Dialog Foundation.

The investigating authorities recognised the connection between the attempted murder of Lukpan Akhmedyarov and his professional activities.
Investigation of the case was carried out by an investigator of the Ministry of Internal Affairs, Dauren Ibraev The court trial of the perpetrators of the attempted murder began on 14 May, 2013. As transpired from the testimony of the defendant Manarbek Akbulatov, the organiser of the attack, Askhat Takhambetov was urging them to commit the crime, saying: “We have to talk to a journalist who talks too much”. Also, Askhat Takhambetov promised to give to each of the culpable participants the amount of $3,000, but failed to say who is sponsoring the attack against the journalist. Lukpan Akhmedyarov suggested that participants in the crime Askhat Takhambetov and Mursalim Sultangereyev know the true conspirators behind the crime, but are refusing to name them. The case file regarding the architects of the attempted murder has been set aside for separate proceedings. The journalist believes there is little chance that the police will identify those truly responsible for the offence.

The attack against Lukpan Akhmedyarov was condemned by a number of international human rights and journalismdefence organisations: Freedom House, the Committee to Protect Journalists, Human Rights Watch, Front Line Defenders and IFEX. Deputy Director of the Committee to Protect Journalists, Robert Mahoney, noted that the attack against Lukpan Akhmedyarov, which almost led to his death, shows how dangerous it is to engage in independent investigative journalism in Kazakhstan.

Lukpan Akhmedyarov, the editor of the ‘Uralskaya Nedelya’ (The Uralsk Week’) newspaper, which is the only alternative source of information for people in the West Kazakhstan region due to a significant dominance of state media. Lukpan Akhmedyarov is renowned not only in Kazakhstan but also abroad, thanks to his well-known investigative journalism, in which he exposes corruption in the country. In 2009, the journalist was dismissed from his job after he had asked a public officer an uncomfortable question at a press conference.

Kazakhstan’s courts have repeatedly recognised Lukpan Akhmedyarov as guilty of libel against officials, forcing the journalist to pay exorbitant compensation. Currently, the total amount that the journalist has to pay to officials amounts to 6.5 million tenge (approx. 34 thousand euros). This amount consists of damages for which he is liable to pay to two officials of the West Kazakhstan Province, Tlekkabyl Imashev and Arman Kozhakhmetov amounting to 26 thousand euros and 8 thousand euros, respectively.

On 2 October and 6 December, 2012, the Appellate Court and the Cassation Court ordered Lukpan Akhmedyarov and the ‘Uralskaya Nedelya’ newspaper to pay to the former head of the internal policy department of the West Kazakhstan Province, Tlekkabyl Imashev, the amount of 5 million and 30 thousand tenge (approx. 26 thousand euros). The official demanded monetary compensation for “defamation” and “the use of photos without permission” in the article entitled ‘Brat, svat i blat’ (‘Brother, friend and nepotism’), which was published on 2 February, 2012. In the article, Lukpan Akhmedyarov stated that Tlekkabyl Imashev is closely related to the former Prime Minister Imangali Tasmagambetov. The court ordered Lukpan Akhmedyarov to pay the compensation of  26 thousand euros, which amounts to  50% of his monthly income  with installments scheduled to continue for the next 9 years. As a result, the journalist now has to support his family on 230 euros.

On 9 November, 2012, the Uralsk City Court ordered Lukpan Akhmedyarov and the ‘Uralskaya Nedelya’ newspaper to refute the information about the criminal past of the financial police officer, Arman Kozhakhmetov and pay him 1.5 million tenge (amost 8 thousand euros), although Lukpan Akhmedyarov hadn’t violated the journalistic code of ethics, but only interviewed the sole witness of a high-profile murder which took place in Uralsk. The respondent informed Lukpan Akhmedyarov that Arman Kozhakmetov was involved in the murder (however, the court transferred himto the category of ‘witness’). Journalists of the newspaper addressed Arman Kozhakhmetov directly, seeking a comment, who denied any involvement in the murder. Lukpan Akhmedyarov’s article doesn’t label Arman Akhmedyarov a criminal, but rather raises the question, “can people with such a past hold posts in governmental bodies?”.

Previously, on 6 August, 2009, Lukpan Akhmedyarov published an article about corruption in the oil and gas company ‘Tengizneftestroy’. The company filed a lawsuit against the journalist. The court fined him 20 million tenge (approx. 102,200 euros). To date, for reasons which are unknown to the journalist, the execution of this court sentence has been suspended. The Supreme Court confirmed the decisions of the courts of previous instances regarding the penalties adjudicated to be paid by Lukpan Akhmedyarov. The journalist has questioned the fairness and independence of the court proceedings.

On 12 October, 2012, human rights organisation ‘Reporters Without Borders’ bestowed the Peter Mackler Award on Lukpan Akhmedyarov for courageous and ethical journalism. On 26 March, 2013, The Council of the University of Liege (Belgium) made a decision to award Lukpan Akhmedyarov with an honorary doctorate for his human rights activities and the struggle for freedom of speech. However, the journalist will not be able to attend  the ceremony which is going to be held on 25 September, 2013. Due to his obligation to pay fines to officials, he is not permitted to travel abroad.

In the future, due to the reform of criminal procedural law in Kazakhstan, fines handed to journalists for libel will increase eightfold, compared with the current tariff and will be equivalent to 2000 MCI (approx. 17,904 euros). In addition, the new legislation provides for an alternative punishment for libel in the form of imprisonment for a term of up to two years. According to human rights activists, every year in Kazakhstan, approximately 20 criminal cases are initiated against journalists  Kazakhstan on charges of libel.

The Open Dialog Foundation welcomes the recognition and condemnation in court of perpetrators of the assassination attempt against Lukpan Akhmedyarov. At the same time, we stress the need for a thorough and impartial investigation in order to identify and condemn the true architects of the attempted murder of the journalist.
The Open Dialog Foundation strongly condemns the fact that the government of Kazakhstan unreasonably interferes with the work of journalists and does not create safe and supportive conditions which would allow journalists to perform their professional duties. It is disturbing that the claims for huge amount of money, amounting to millions of tenge, filed by high-ranking officials have become commonplace for independent media. The justice system is becoming a tool by which pressure is exerted on the media in Kazakhstan, which violates Article 19 of the International Covenant on Civil and Political Rights. In addition, the UN Committee on Human Rights calls on States to prevent the libel laws from being used in order to restrict the right to freedom of expression, and to take measures to prevent the adjudication of excessive penalties.

We hereby address the competent authorities of the government of Kazakhstan with the following calls:

You are welcome to support our appeals by sending requests to the following addresses: