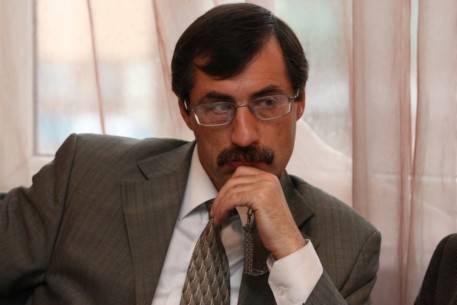 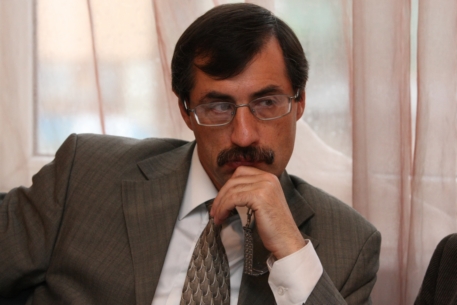 Honoured participants of the conference,

Considering the conference theme and title of this session, we are talking about the development of the Central Asian region in terms of stability, economic and political progress and security, which is obviously in the interests of the peoples and countries of the region and the interest of the international community, including the United States.

In this context, I wish to specifically note that I have followed with great interest the lively debate in the press, which has unfolded over the past few months, carried out by a number of leading Russian political scientists (Lilia Shevtsova, Georgy Satarov, Dmitry Vaysburd, Vladislav Inozemtsev, Alexei Arbatov), Americans – representative of «Freedom House» David Kramer, strategist Thomas Graham, Englishman Andrew Wood and others.

The discussion pertained to the strategic approach of the U.S. in their policy towards Russia. I think that the arguments and counter-arguments put forward in this debate also apply fully to the other part of the former Soviet Union – Central Asia.

The issue of correlation of the strategic approach as the implementation of “Realpolitik” emanating primarily from the U.S. national interest, and the promotion of values that should, to some extent, determine the interaction of the U.S. administration with the regimes that emerged after the collapse of the Soviet Union – poses a very difficult question.

The value orientation, based on the recognition of the fundamental principles of freedom, human dignity and human rights, the rule of law and democracy as a process of developing social and political systems based on these principles, was one of the most important stimuli in the initial stage of perestroika in the Soviet Union.

Moreover, it was the element which formed a stimulating message to intellectuals and the advanced sector of the post-Soviet society. At the same time, the language of “Realpolitik” was understandable for the ruling elites in the post-Soviet countries.

Therefore, in the medium and long term, from the point of view of the U.S. involvement in the processes in Central Asia, it is necessary to answer the question: What kind of messages does the U.S. policy send in the region and to whom? Only to the authorities? Or to the peoples? Or both? And what is the correlation between the “Realpolitik” and the policy of values? It is clear that it will differ among countries due to differences in their political regimes, but there should be some clarity on this issue.

Now I will try to analyze the threats to stability, development and security in the region from the point of view of human rights and as a person who has been involved in the socio-political processes in the region as far back as the beginning of the 90s.

Obviously, the threats to stability and security in the region have both an external and internal nature. Of course, one of the factors will be the withdrawal of coalition troops from Afghanistan. Although, looking ahead, I would say whilst taking Kazakhstan as an example, the withdrawal of troops from Afghanistan will not pose such a serious threat in terms of the spreading of radical political Islam, extremism and terrorism, as the threat to this country originates rather in the Caucasus than in Afghanistan.

Of course, the foreign policy context in a broad sense, from the conflict in the Middle East to the situation in the North Caucasus, from the political ambitions of Russia and China to the large-scale world economic crisis, from the cross-border and water issues to the fight against drug trafficking, has a major influence on the threats to stability and security in the region, but still, I think, the internal factors are more important.

And I’ll start with the factor which, I think, is not sufficiently evaluated.

This is the impact of the economic transit in the mid-90’s. This transit is unparalleled in history, because, first, it was a transit of the planned state economy based on collectivized property to a market economy based on private property. And secondly, the main beneficiary of this transit was the ruling elite, the Soviet Communist nomenklatura, the Soviet bureaucracy.

During the lifetime of one or two generations who lived under equal treatment of property because of the lack of private property, and the lack of sense of social stratification, we moved to a completely different state, a different economic base, manifested in severe economic and social problems, a huge social stratification and obscure prospects, especially in the countryside and poorer sectors of society.

We ended up occupying states, created in place of the former Soviet Union, with emerging multi-millionaires and billionaires. These individuals are now the owners of most of the public property belonging to the former union and have now become the new bourgeoisie; predominantly due to the exploitation and/or redistribution of government resources to their personal gain and to an extent which encompasses most of the economic potential of the former Soviet Union.

Apart from the fact that the property was mostly acquired illegally or semi-legally, it was is also illegitimate in public opinion. It was not protected by the sacred right of private property and therefore was not protected from redistribution in the case of a change of power.

It also had its knock on effects. This nature of wealth made the ruling elite, in order to protect it, create and maintain political systems based on the monopoly, the so-called system of “personal guarantees” which ensured security not by transparent legislation, backed by strong legal institutions of the state, but by the patronage pyramid where the specific individuals (patrons) who are guarantors of security, are still in power.

Among other things, these systems naturally produce comprehensive corruption, full political control and a political monopoly that does allow for any real opposition, furthermore, they allow the enforcement of full control of the state over legal institutions, which, in turn, prevents these institutions from being.

Since the privatized property cannot change its nature and the creators of this system and their environment are naturally coming to the end of their political careers, on the one hand, there is a problem with the shift of powers, and on the other hand – with preservation of property and security guarantees.

To put it simply, a need to replace personal guarantees with institutional guarantees has appeared, since personal guarantees do not provide a sufficient level of security. Periodic scandals, arrests and convictions of senior officials in all the states of Central Asia, only serve to support this conclusion. I think that few people consider these scandals, arrests and convictions as battles in the fight against corruption. And this replacement of guarantees and a change of power should be implemented in the conditions of illegal or semi-legal assets acquired by the ruling elite during the privatization and having in mind their illegitimacy in public opinion.

That is, from my point of view, one of the biggest threats is not only and not so much the personal change of power in the foreseeable future, especially in Kazakhstan and Uzbekistan, as the problem of solving the tasks referring to another stage of economic and political transition, associated with the nature of the property acquired as a result of the privatization of the 90s, and thus creation of an environment for political competition, the conditions for the development of the states under the rule of law and legally empowered law enforcement institutions of these countries. .

Without solving this problem, we will constantly exist in an area of vulnerability and fear associated with any change of personalities in the higher echelons of power.

The severity of these problems, of course, differs among countries in the region, but in one form or another, they have the same nature.

The threats associated with the change of power, will become more acute along with the accumulation of social problems, because over the years the Soviet housing and utilities infrastructure created in the last century has been destroyed, and its restoration or development will form a serious burden for the population and the state.

The growing social stratification will cause social tension and an apparent increase in the potential for conflict, especially in the conditions of consumer-orientation on the part of medium and big businesses and the absence of social responsibility.

Finally, the widespread distrust towards the law enforcement institutions as a result of their failure to provide a sufficient level of justice leads to the spread of legal nihilism and the need for increasing the use of coercive apparatus.

Under these conditions, the more the authorities in the region eliminate the moderate, secular and  non-violent prone opposition from the political arena, the more they create a vacuum with their very hands which will inevitably be filled with more radical views, Islamic or related to the extreme left.

The threats I have mentioned are, of course, a non-exhaustive list, but they are systemic, they have their own history, and own logic.

They require an adequate response as well as short-term, medium-term and long-term efforts.

Hopes for democratic development, the improvement of the human rights situation, etc. are rather illusory without addressing these threats.

And no progress in the area of macro-economic reforms, investment flows and economic growth will eliminate these internal systemic political problems.

Thank you for your attention.

More on this topic:
Yevgeniy Zhovtis