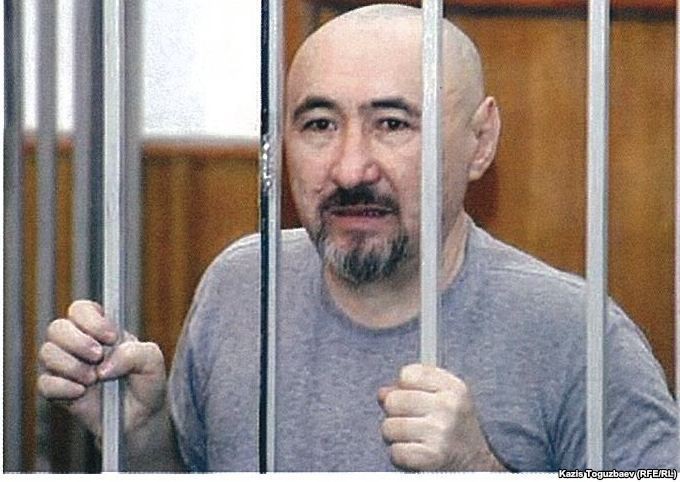 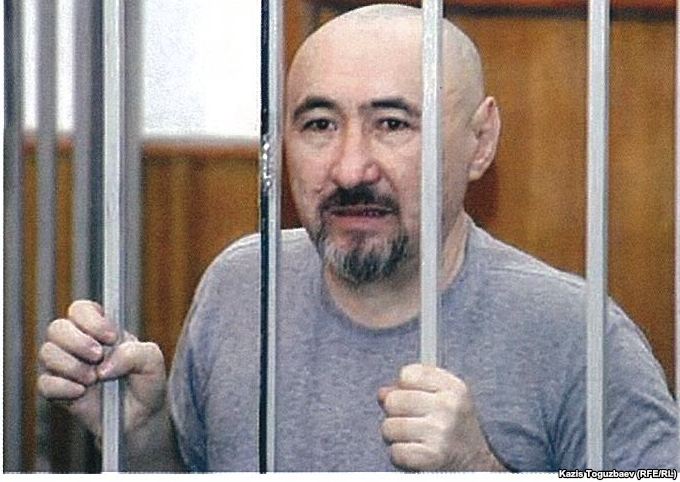 For criticism of the authorities, a well-known Kazakh dissident, Aron Atabek, was transferred from a penal colony in Karazhal to a high security prison in the town of Arkalyk, renowned for enforcing the most stringent requirements of the regime. Aron Atabek and his family claim that the government’s decision was politically motivated.

On 15 November, 2013, it became known that a court had ruled that Aron Atabek be placed in a “closed” Arkalyk prison for two years on charges of “forceful resistance to the administration”. Atabek accumulated 30 violations, including growing a beard, burning a prison uniform and demanding boiling water in his cell. On 4 December, 2012, the dissident was placed in solitary confinement in Arkalyk. Aron Atabek is only permitted to go for walks whilst wearing a special mask and handcuffs. In the prison, in which Atabek is being held, repeat offenders and dangerous criminals, who are sentenced to life imprisonment, are serving their sentences.

Aron Atabek himself suggests that the reason for the toughening of the regime is the reaction to the publication of his book “The Heart of Eurasia” online. In the book he criticises the regime of President Nursultan Nazarbayev and calls the Zhanaozen events a “mass shooting of civilians”. The wife of the convicted man, Zhaynagul Aidarkhan, is concerned that in the Arkalyk prison Atabek may be held under conditions, which can be tantamount to torture. The Head of Department of the Committee of the Penal System in Kostanai region, Azamat Bazylbekov, says that Atabek is being held in the Arkalyk prison on general grounds, and he denies the use of torture against the convict.

This is not the first time that the regime has toughened the prison conditions of Aron Atabek in connection with his political standpoint. In 2009, on charges of “forceful resistance towards the administration”, the court also sent Atabek to Antalyk prison for three years, without the right to correspondence or visits. These events took place immediately after Atabek had written a critical article “The Regime of Nazarbayev and the Revolution” and the cycle of poems “The Regime of Nazarbayev and Poetry”.

In 2007 Aron Atabek was sentenced to 18 years in prison on charges of organising riots in the village of Shanyrak near Almaty. On 14 July, 2006, as a result of clashes between the residents of the micro-district (who opposed the demolition of their homes) and the police officers, dozens of civilians were injured and one police officer was killed. Atabek was convicted on the testimony of witnesses Aybatyar and Bauyrzhan Ibragimovs, who later retracted their statements, saying that they were forced to slander Atabek under torture. The Cassation Court rejected the application of the defence to hear the amended testimony of these witnesses.

On 15 December, 2012, in Moscow special services officers dressed in civilian clothes tried to detain Ainur Kurmanov, a well-known Kazakh oppositionist, co-chair of the Kazakh organisation “Socialist Movement”. In Moscow the politician held a Communist Party rally together with his Russian colleagues, when he was surrounded by men in civilian clothes, who tried to use force against him. Kurmanov was defended by his colleagues, who handed over the attackers to the police. Sometime later it transpired that the attackers were members of the Committee of National Security of Kazakhstan and the Kazakh Embassy in the Russian Federation.

In connection with these events, a prominent Russian human rights activist Lev Ponomarev sent an official statement to the Ministry of Foreign Affairs and the Investigative Committee of the General Prosecutor’s Office of the Russian Federation. The statement said that since Ainur Kurmanov had not been put on the international wanted list, the actions of the Kazakh diplomats and National Security Committee officers were clearly illegal and provocative. Human rights activists say: “We are convinced that the attack on the famous Kazakh trade unionist and social activist and the attempt to kidnap him by the NSC and the Embassy of the Republic of Kazakhstan was a political act of intimidation against the peaceful oppositionist movement in Kazakhstan itself and a demonstrative humiliation of Russian Federation state sovereignty”.

In anticipation of the New Year, President Nursultan Nazarbayev outlined the main points of the program “Strategy ‘Kazakhstan-2050’: a new political course of the established state”. Experts and opposition politicians draw attention to the declarative nature of the program, which justifies the one-man rule of the president and does not address specific contemporary problems of society in the social sphere or in the sphere of human rights protection.

On 14 December, 2012, during his annual message to the nation, President Nursultan Nazarbayev announced that the basic guidelines of the strategic programme “Kazakhstan-2030” adopted in the late 1990s have been implemented ahead of schedule and, therefore, the new programme “Kazakhstan-2050” is being adopted. The key points of the programme include:

Mukhtar Ablyazov, a political refugee and the main political rival of Nursultan Nazarbayev, said that the President is using the programme “Strategy ‘Kazakhstan-2050’” to support the façade of democracy.

Representatives of civil society are rather sceptical about the new development programme for Kazakhstan. According to experts, the programme “Kazakhstan-2050”, like the previous development strategy, is overflowing with platitudes and declarations. Tolgonai Umbetaliyeva, director of the “Central Asia Foundation for Democracy Development”, considers these annual performances and new programs meaningless, as Nursultan Nazarbayev should concentrate on more specific actions: “Every year we listen to the message, but when will we hear any reports on these messages? Our system is based on the fact that we all report to the President – the entire system is controlled by him. But the President should also report to someone else. I would like to see our ruling elite reporting on the work done at least once”.

Mukhtar Ablyazov, a political refugee and the main political rival of Nursultan Nazarbayev, said that the President is using the programme “Strategy ‘Kazakhstan-2050’” to support the façade of democracy: “Kazakhstan today requires more than one leader – it is time for us to abandon the feudal stereotypes. Kazakhstan should become a parliamentary republic. We need hundreds and thousands of new leaders. They will only appear in a free and fair election, in an open political contest”.

Proceedings of the high-profile case involving Vladislav Chelakh have concluded. Chelakh was accused of killing 14 soldiers and one huntsman on 28 May, 2013, at the border post “Arkankergen” in Almaty region. The court sentenced the border guard to life imprisonment. Vladislav Chelakh and his lawyers labelled the court biased and refused to participate in an oral exchange. Experts are commenting on the political background of the case.

On 10 December, 2012 and 11 December, 2012, the parties debated in the Taldykorgan Specialised Inter-District Military Court on Criminal Cases. The defendant Vladislav Chelakh and his lawyers Serik Sarsenov and Serik Estiyarov stated that they refuse to participate in the hearing, as they do not have enough time to prepare for the debate and they accuse the judge of bias. Prosecutor Aleksandr Kiriyak requested a life sentence Vladislav Chelakh. Families of the victims supported the sentence.

On 10 December, 2012, lawyer Serik Estiyarov appeared at the court session, but Vladislav Chelakh forbade him from speaking. State-appointed lawyer Zhumagaysha Sarzhanova stated that Vladislav Chelakh was committing perjury, and asked the court to hand down a custodial sentence. The mother of the defendant argues that Vladislav Chelakh was not the only survivor of the border post massacre. There was also another guard, Nurlanbek Mukashev, who is being harboured by his parents due to threats and intimidation of the National Security Committee.

Journalist Arkadiy Dubnov said that the court was unable to determine the motives of the crime, and did not investigate the important circumstances of the case, which are contrary to the official version of the prosecution. Therefore, according to Arkadiy Dubnov, the authorities falsified the charges against Vladislav Chelakh in order to promptly conclude the high-profile case. The author also draws attention to the fact that President Nursultan Nazarbayev, a few days after the massacre, had called the events a terrorist attack.. Analysts of the Kazakhstan Institute of Political Solutions, based on their research, claim that the trial of Vladislav Chelakh was held under circumstances of information warfare between opposing elite camps.