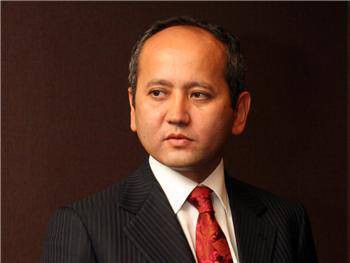 In 1998-1999 Mukhtar Ablyazov served as the Minister of Energy, Industry and Trade in Kazakhstan. In November 2001, Mukhtar Ablyazov, along with other political leaders was one of the founders and members of the opposition movement ‘Democratic Choice of Kazakhstan’ (DCK), which promoted the ideas of decentralisation of power, the fight against corruption and human rights protection. The association has become the most serious challenge for the authoritarian governor over 24 years of holding the post. After the public announcement of the establishment of the opposition movement, Mukhtar Ablyazov and his associates were prosecuted. 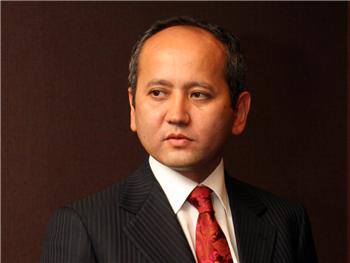 In March 2002, Mukhtar Ablyazov was arrested on charges of abuse of office during his tenure as the Minister of Energy. As a result, on 18.07.2002 the Supreme Court of the Republic of Kazakhstan sentenced him to six years in prison for abuse of office and conducting illegal business. International observers from Human Rights Watch, Amnesty International, the European Parliament and other organisations have noted that the proceedings against Mukhtar Ablyazov were carried out behind closed doors and were characterised by numerous procedural violations. Whilst in prison, Mukhtar Ablyazov was repeatedly subjected to torture and battery, after which he could not move for a prolonged period of time.

13.05.2003 Nursultan Nazarbayev signed a decree pardoning the ex-minister. The next day, at a press conference, Mukhtar Ablyazov made a public statement saying that he had chosen to move away from political activities and would continue to focus exclusively on business. In his testimony to the High Court in London, Mukhtar Ablyazov pointed out that one of the conditions of his release in 2003 was his retirement from political activity, on which Nursultan Nazarbayev insisted.

From 2005, Mukhtar Ablyazov was the chairman of the Board of Directors of BTA Bank, which in 2009 became one of the most successful Kazakh banks in the CIS zone. 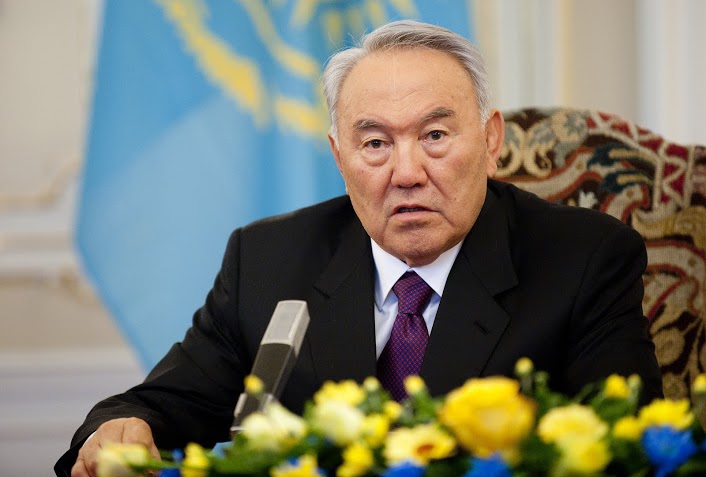 02.02.2009 at the meeting of the Cabinet of Ministers a statement was made, that the state would take two core country banks – BTA Bank and Alliance Bank. Formally, these actions were undertaken due to the statements of public financial supervisory bodies, claiming the presence of gross violations in the work of the BTA Bank, although prior to the conflict between the president and Mukhtar Ablyazov, no violations in the bank had been mentioned. On the contrary, in 2006 and 2007, BTA Bank was named the Best Bank in Central Asia, according to the international magazine Euromoney, and in 2008 it ranked 173 among the best banks in the world (according to the business magazine The Banker). On 2 February, 2009,the Chairman of the Board of Directors, Mukhtar Ablyazov and his first deputy Zhaksalyk Zharimbetov were removed from office.

State control led to the deterioration of the financial condition of BTA Bank, Bloomberg notes thatas a resultof inadequateactions of the newmanagement of BTABankin the form ofrestructuring, international creditors lost 56% of their investment in the bank. Global Rating Group also noted the disappointment of foreign investors, whose confidence was shaken due to the results of the restructuring. According to the president of Global Rating Group, the state has committed a tactical error, as it entered the bank before the default.

20.03.2009 The General Prosecutor’s office initiated criminal proceedings against former BTA Bank executives, including Mukhtar Ablyazov, under the following articles of the Criminal Code of the Republic of Kazakhstan (the CC of the RK)

* Art. 176 of the Criminal Code of the Republic of Kazakhstan (misappropriation of entrusted property),

* Art. 235 of the Criminal Code of the Republic of Kazakhstan (the creation of an organised criminal group),

* Art. 193 of the Criminal Code of the Republic of Kazakhstan (the laundering of money or other property acquired by illegal means).

According to the official version, they secretly and illegally embezzled 6 billion dollars from the bank using shell companies between 2005 and 2008. Criminal proceedings were also initiated in Ukraine and Russia. 25.12.2009 12 top managers who stayed in Kazakhstan were sentenced to prison terms ranging from two to eight years. The other chiefs of BTA Bank, including Mukhtar Ablyazov, were placed on the interstate and international wanted lists. On 6 March, 2009, Mukhtar Ablyazov was declared an international fugitiveby the investigating authorities of the Russian Federation.

In 2009, the new management of BTA Bank filed several lawsuits against Mukhtar Ablyazov in the UK High Court, where the former head of the Bank was residing. On 29 January, 2011, the London police gave Mukhtar Ablyazov an ‘Osman warning’ (‘Osman warnings’), which stated: “You may be subject to kidnapping or physical damage, which may be politically motivated. The police cannot ensure your protection against this threat on a day-to-day and hour-to-hour basis.” On 7 July, 2011, the British government, citing potential political motives of the criminal prosecution of Mukhtar Ablyazov, granted him political asylum.

On 23 November, 2012, the London High Court recovered from Mukhtar Ablyazov the amount of $ 2.1 billion in favour of Kazakhstan’s BTA Bank in two civil suits.

In his testimony to the High Court, he argued that the lawsuits, initiated by the management of BTA Bank, were purely political attacks by the President of Kazakhstan, Nursultan Nazarbayev, which have been carried out for several years. On 16 February, 2012, Judge Nigel Teare handed down a ruling, sentencing Mukhtar Ablyazov to 22 months’ incarceration for contempt of court in form of violation of a court order on the need for full disclosure of assets (Mukhtar Ablyazov has substantiated this by potential threats from the regime of President Nursultan Nazarbayev, which such disclosure carries to third parties). Then, in view of the growing threat to his security, Mukhtar Ablyazov has left the UK and his whereabouts were unknown.

On 31 July, 2013, the French bureau of Interpol reported that in the south of France, near the city of Cannes, the police arrested the former head of Kazakhstan’s BTA Bank and a renowned opposition leader Mukhtar Ablyazov. The detention took place on the basis of the request of Ukrainian law enforcement bodies to extradite the Kazakh politician. On 1 August, 2013, in the nearby town of Aix-en-Provants, the first hearing on the case of Mukhtar Ablyazov was held. At the moment, Mukhtar Ablyazov is being remanded in custody while the Prosecutor’s Office of France is examining Ukraine’s request to extradite him.

Improperly utilising the powers of Interpol, the Kazakh authorities intensified persecutions of relatives and associates of the opposition leader Mukhtar Ablyazov in Europe. 12.05.2012 in the Czech Republic, in Karlovy Vary a citizen of Russia, Tatiana Paraskevich, a former colleague Mukhtar Ablyazov was detained. Kiev lawyer Eugene Pugachev protested that the prosecution of Tatiana Paraskevich was “unduly excited and addresses the political and economic issues of Ablyazov”. 12.06.2013 Polish police, acting on a warrant issued by Interpol, arrested Kazakh opposition politician Muratbek Ketebayev. The District Attorney’s Office in Lublin stated that the charges against Muratbek Ketebaev were most likely political. 13.06.2013 Muratbek Ketebaev after questioning by the prosecutor’s office was immediately released from detention, and information about him was deleted from the Interpol databases. Under the pretext of false accusations of terrorism, Kazakh authorities are trying to extradite another one of Mukhtar Ablyazov’s associates – his security chief, Alexander Pavlov. 29.05.2013 Alma Shalabayeva, the wife of Mukhtar Ablyazov, and his 6-year-old daughter, Alua Ablyazova, were arrested in the suburbs of Rome and deported to Kazakhstan. The unlawful deportation of Mukhtar Ablyazov’s family from Italy bears features of a planned special operation in the war against the main opponent of the regime.

The Kazakh government accused Mukhtar Ablyazov of providing financial support during the Zhanaozen events in 2011, on the basis of which, the opposition leader, Vladimir Kozlov (who was the head of the ‘Alga!’ opposition party,  the successor of DCK), was subsequently convicted, the activities of 34 independent media outlets were suspended due to charges of extremism, and the opposition party ‘Alga!’ was banned. The government accused them of collaborating with Mukhtar Ablyazov. The court trials demonstrated signs of a political order and were carried with a bias towards the prosecution.  To date, on the basis of those rulings, the police have arrested numerous politicians and civil activists.  Thus, the political struggle against the main opponent of the regime has resulted in gross violations of civil and political rights in Kazakhstan, as well as the neglect of the international obligations, assumed by the state.