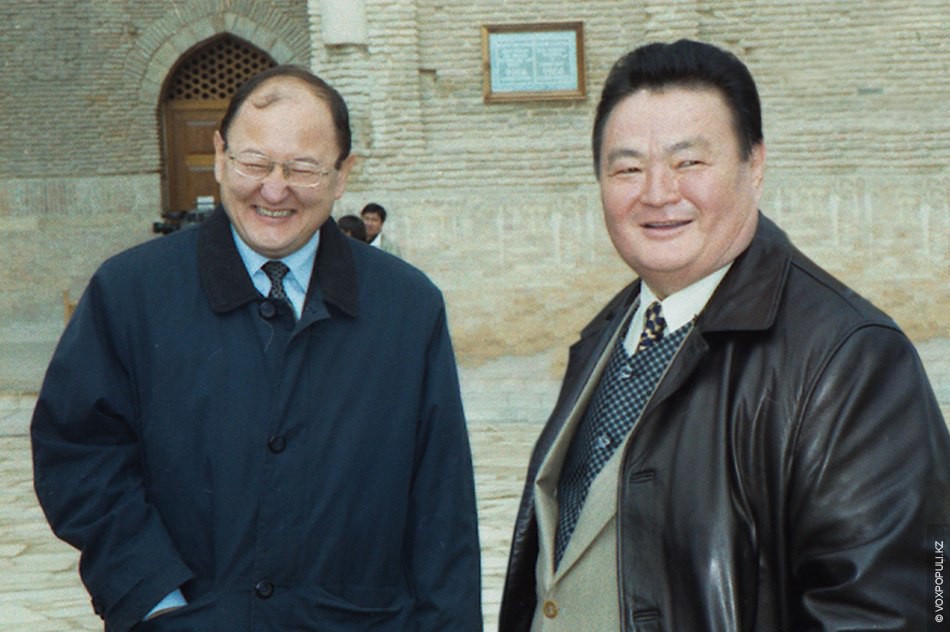 Recent events in Kazakhstan’s history have confirmed that all members of the political and financial elite, who, at one time, have gained influence or opposed the President, have now been eliminated. Theyhave alleither been assassinated,forced intopoliticalexile,or are in prison.

Some  former influential members of the government, who challenged the President, were killed or ‘committed suicide’ under mysterious circumstances. On 12 November, 2005, Zamanbek Nurkadilov, a former Akim of Almaty and the chairman of the Agency for Emergency Situations of Kazakhstan (born in 1944, married) was killed having suffered three gunshot wounds at his house. For a long time, he was one of the trustees of the President of the Republic of Kazakhstan. On 11 March, 2004, he made a statement, in which he accused President Nursultan Nazarbayev of corruption and urged him to resign. The Kazakhstan newspaper published Zamanbek Nurkadilov’s article, in which it was reported that Nursultan Nazarbayev had $ 80 billion worth of deposits in foreign banks. The same material was presented by the opposition politician at the OSCE meeting in Almaty. In 2004, with the use of mass media, Zamanbek Nurkadilov accused Nursultan Nazarbayev of the premeditated murder of the opposition journalist, Askhat Sharipzhano. 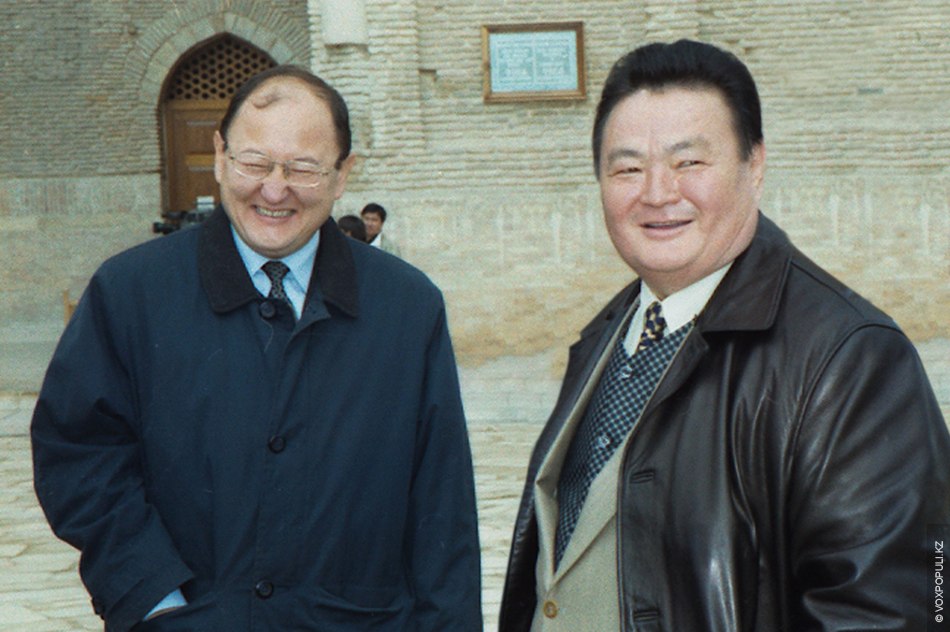 On 1 May, 2004, Zamanbek Nurkadilov urged Nursultan Nazarbayev to take part in a public debate regarding the key issues in the country. But the President’s security entourage would not allow Zamanbek Nurkadilov to approach the podium. Three weeks before the presidential election, on 12 November, 2005, he was killed by three gunshot wounds, in his own heavily-guarded residence.  The officially reported account stated that he had committed suicide, having fired two shots into his heart, and a final, ‘conclusive’ shot – into his head.

Members of the opposition, Zamanbek Nurkadilov’s supporters and his wife Makpal Zhunusova refuse to believe the officially reported version, and argue that it was a political assassination which hasn’t yet been disclosed. Zamanbek Nurkadilov was posthumously awarded the ‘Freedom’ award.

Three months later, on 13 February, 2006, the body of Altynbek Sarsenbayev, a former Minister of Information and the secretary of the Security Council of Kazakhstan (born in 1962, married), was discovered. In 2004, he accused the authorities of rigging parliamentary elections and joined the opposition. Viktor Khrapunov claims that Altynbek Sarsenbayev informed Dariga Nazarbayeva of his intention to disclose the allegedly unlawful means by which she was able to privatise the television of Kazakhstan. This information greatly troubled the daughter of the President. On 11 February, 2006, Altynbek Sarsenbayev was kidnapped along with his driver and bodyguard. Two days later, they were found dead in the suburbs of Almaty having been demonstratively shot. Companions of the murdered Sarsenbayev, labelled his death a political execution and claimed that those behind the assassination were still at large.  News agencies reported that the NSC had been involved in the elimination of Sarsenbayev.

Altynbek Sarsenbayev rose to power in 1993. Over the following 10 years, he became one of the most influential figures in Nursultan Nazarbayev’s circles. Moreover, in his interview for the ‘Azattyk’ radio station, he claimed that in 2001 he facilitated the establishment of the opposition movement ‘Democratic Choice of Kazakhstan’. Many experts believe that the activities of Altynbek Sarsenbayev dramatically altered in nature, from reinforcing Nazarbayev’ regime he went on to criticising its structures. Altynbek Sarsenbayev became co-chairman of the ‘Nagyz Ak Zhol’ party (‘True Ak Jol’), which was renamed ‘Azat’ following Sarsenbayev’s death and merged with the All-National Social Democratic Party (ANSDP). Altynbek Sarsenbayev was posthumously awarded the ‘Freedom’ award.

Furthermore, in recent years, Kazakhstan has seen several high-profile incidents where representatives of the pro-government elite received public support and joined the opposition, becoming true competition to President Nursultan Nazarbayev. Subsequently, criminal proceedings were instituted against former members of the government on charges of corruption, and the politicians were compelled to emigrate from the country. This happened with the former Prime Minister of Kazakhstan, Akezhan Kazhegeldin in 1998 and a former akim of Pavlodar Province, Galymzhan Zhakiyanov, who initiated the establishment of the opposition party ‘Democratic Choice of Kazakhstan’ in 2001. However, Galymzhan Zhakiyanov emigrated from Kazakhstan four years after his release from prison following a conviction which the European Parliament and human rights organisations later labelled ‘politically motivated’. International human rights organisation, Amnesty International, Human Rights Watch and the International Helsinki Federation for Human Rights recognised Galimzhan Zhakiyanov as a political prisoner.

In the current climate, any top-ranking official or successful businessman may be imprisoned or  expelled from the country should he explicitly or implicitly show allegiance to the opposition. Subsequently, the elite  do not trust each other and withdraw funds from the country. Political émigrés who manage to emigrate to Europe, are still unable to guarantee their freedom and security: Kazakhstan is persecuting them, exploiting the mechanisms of Interpol.