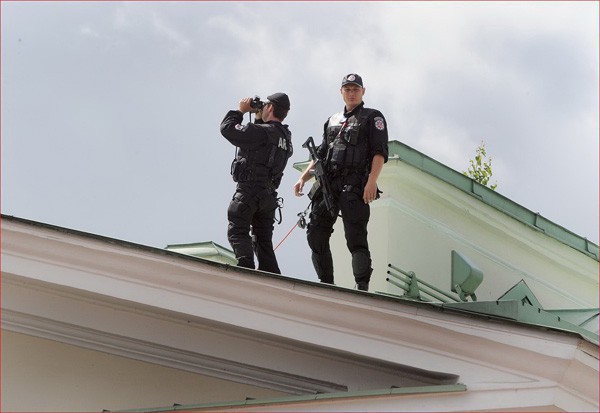 Report on misuse of the Interpol system

During its 22nd annual meeting, the OSCE Parliamentary Assembly expressed its regret that some OSCE participating states, seeking the arrest of opponents on politically motivated charges, continue to misuse the Interpol system. OSCE called on Interpol “to continue the reform in order to improve its supervisory mechanisms, designed to detect attempts of the misuse of its systems by OSCE participating states, whose justice systems do not meet international standards, and to ensure the possibility of prompt notification of individuals, unfairly presented with politically motivated charges, of any attempts to abuse the Interpol system and to stop all such attempts”.

Representatives of the United Kingdom in the OSCE PA stressed that “to date, Interpol has no effective mechanisms to prevent abuse by individual Member States”.

Interpol associates countries with different levels of development of democracy, making it possible to harass political refugees on the basis of an international arrest warrant. As stated by a Kazakh human rights activist, Yevgeniy Zhovtis, if one country grants refugee status to a person, it is assumed that this should also form the basis for the recognition of the person a refugee in other countries which have ratified the UN Convention on the Status of Refugees. However, there is no general international principle of mandatory recognition of a person as refugee, therefore in practice, the country to which those persecuted for political reasons fled, do not recognise the persons as refugees  and issue an international arrest warrant for them.

According to a study conducted by the International Consortium of Investigative Journalists, in the last 5 years, at least 17 ​​countries with undemocratic regimes used the Interpol system to persecute political opponents. At the same time, these non-democratic regimes are able to persecute political opponents and even members of their families, not only by using the legal mechanisms of Interpol, but also by use of bilateral agreements with EU countries within the framework of cooperation in criminal investigation and by taking advantage of the close ties that exist between the intelligence agencies of partner countries.

The human rights organisation ‘Fair Trials International’, seated in London, draws attention to the fact that the principles of  Interpol’s functioning allow its members to abuse the ‘red notices’, and for this reason, political refugees’ freedom of travelling and financial activity can be significantly restricted, or they may be remanded in custody for a long period of time until a court decision is announced on the admissibility or inadmissibility of their extradition and determine whether the case is of a political nature.

Interpol’s ‘red notice’ permits the arrest of a political refugee as soon as he or she leaves the territory of the country in which they have been granted refugee status. Interpol stated that the General Secretariat of the organisation has the authority to prevent a misuse of its systems. However, ‘Fair Trials International’ noted that close communication between member countries of Interpol sometimes allows the issuance of an arrest warrant even before the General Secretariat of the organisation is able to determine the legality of the issuance of the warrant.

The Istanbul Declaration of the OSCE Parliamentary Assembly notes that abuses of the Interpol system by Belarus, the Russian Federation and Ukraine, in particular have become increasingly frequent. IThe cases of Petr Silaev, William Browder, Ilya Katsnelson, Ales Mikhalevich and Bogdan Danilyshin were highlighted in particular. Representatives of Ukraine and Kazakhstan stated that  misinformation has been provided in this matter, and expressed strong opposition to the provisions of the Declaration of the OSCE Parliamentary Assembly concerning the activities of Interpol.

However, recent developments have confirmed that Kazakhstan, which is a member of the OSCE, and is included in the UN Council on Human Rights, has repeatedly violated Article 3 of Interpol’s Constitution, which may put in a dubious position the international organisation, designed to fight against criminality. During the years of 2012-2013,  Kazakh authorities have increased the number of incidents of harassment of relatives and supporters of the opposition politician Mukhtar Ablyazov in Europe by improperly using the authority of Interpol.

The Kazakh government has accused Mukhtar Ablyazov of financing the long-term peaceful strike of oil workers in Zhanaozen, which on 16 December, 2011, was dispersed by police with the use of firearms, causing at least 17 ​​fatalities and 108 casualties, according to official data. The Kazakh Prosecutor’s Office incriminated the opposition politician, Vladimir Kozlov along with Mukhtar Ablyazov,  accusing the pair of establishing  an organised criminal group in support of the striking oil workers and thus provoking the tragedy. On 8 October, 2012, Vladimir Kozlov was sentenced to 7.5 years’ imprisonment with confiscation of property on charges of inciting social hatred, calling for an overthrow of the constitutional order and the establishment and management of a criminal organisation. The European Parliament, U.S. State Department and international human rights organisations [HRW], [FreedomHouse],[AI]  labelled the verdict unfair and politically motivated.

Also, by order of Kazakh courts, the activities of the opposition party ‘Alga!’ and 34 non-state media outlets which were following the Zhanaozen events most closely , were banned. The government labelled them ‘extremist’ and accused them of colluding with Mukhtar Ablyazov and inciting social discord. The trials bore traits of a political order and were carried out with an apparent bias towards the prosecution.

Recently, the Kazakh authorities, using Interpol’s channels, have launched an open hunt for Mukhtar Ablyazov and the people from his circles: on the night of 1 June, 2013, his wife Alma Shalabayeva along with their 6-year-old daughter was illegally deported from Italy to Kazakhstan, while Muratbek Ketebayev, an opposition politician, Alexandr Pavlov, the former security chief of Mukhtar Ablyazov and Tatiana Paraskevich, a former colleague of Mukhtar Ablyazov, have been placed on the international wanted list. They are currently applying for political asylum in Europe. In addition, Mukhtar Ablyazov and some of his associates have been accused by the Kazakh authorities of the preparation of foiled terrorist attacks in the city of Almaty and attempting to overthrow the constitutional order, which is also a mechanism for persecution and discrediting opposition figures. Kazakh security forces and intelligence agencies not only oppress political opponents in Europe, but also exert pressure on members of their families, as was the case with Mukhtar Ablyazov and Tatiana Paraskevich.

Kazakhstan is demanding the rendition of all the above named people, as they are important sources of information in the case of Mukhtar Ablyazov. Our report focuses on the aforementioned cases, as presently, the extradition procedures pertaining to Mukhtar Ablyazov and his associates are being carried out in European Union countries. International human rights organisations claim that  their extradition to Kazakhstan, the Russian Federation or Ukraine would be inadmissible as they may face torture and unfair trials. The Open Dialog Foundation, however, wishes to emphasise the importance of launching a public debate on the level of the European Union structures regarding  reform of the supervisory mechanisms of Interpol in order to curb attempts to misuse its system by states which violate human rights, including the right to protection from torture and the right to a fair trial.

This report was prepared on the basis of information, collected by representatives of the ‘Open Dialog’ Foundation during negotiations and personal meetings with the counsels of Alma Shalabayeva, Tatiana Paraskevich, Muratbek Ketebayev and Alexandr Pavlov. Employees of the Foundation were able to meet personally with Tatiana Paraskevich in a pre-trial detention facility. The report was also prepared on the basis of the documentation provided by lawyers and other independent sources. Representatives of the ‘Open Dialog’ Foundation participated as observers at the extradition hearing of Alexandr Pavlov, which was held on 22 July, 2013, in Madrid.

Participants of the observation mission on the part of the Open Dialog Foundation were: Lyudmyla Kozlovska, Jędrzej Czerep, Bartosz Kramek, Aleksandra Gajewska, Wojciech Mądrzycki, and Wojciech Bartnik. Also, with the support of the Open Dialog Fondation, Alma Shalabayeva was visited in Almaty by the Polish Sejm deputies: Marcin Święcicki, Tomasz Makowski and Adam Rybakowicz on 1 July, 2013, and on 3 August, 2013 – by members of the Italian Parliament: Daniele Del Grosso, Alessandro Di Battista, Manlio Di Stefano, Emanuele Scagliusi, Carlo Sibilia, as well as a member of the Parliamentary Assembly of the Council of Europe, Egidius Vareikis. On 12 September, 2013, on the initiative of the Italian Parliament with the support of the Open Dialog Foundation, members of the Italian Parliament: Ciro Falanga, Manuela Serra, Emma Fattorini, Lucio Romano, Peppe De Cristofaro embarked on a new observation mission focused on the case of Alma Shalabayeva in order to try and facilitate  her return to Italy.

Furthermore, the report refers to the main conclusions of the Polish Bar Council on the results of the observation mission, carried out in the Republic of Kazakhstan between 21-29 April, 2013, which was organised with the support of the Open Dialog Foundation.

This report is based on a number of international legal instruments in the field of human rights: the Convention on the Protection of Human Rights and Fundamental Freedoms, the Convention relating to the Status of Refugees, the Convention against Torture and Other Cruel, Inhuman or Degrading Treatment or Punishment and the European Convention on Extradition. The report also refers to the Istanbul Declaration, adopted at the 22nd annual session of the OSCE Parliamentary Assembly (29 June, 2013-03 July, 2013), Interpol’s Constitution, the Agreement concluded between the Republic of Kazakhstan and the Kingdom of Spain on extradition as well as the Criminal Code of the Republic of Kazakhstan.