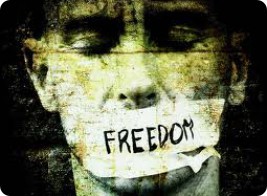 Press release: Tragedy in the editorial office of the newspaper “Respublika”.

Last Friday, Daniyar Moldashev, director of the publishing house of the newspaper “Golos Respubliki”, flew on editorial affairs to Moscow, where he met with members of the Internet-portal “Respublika”. He spent just one day in the capital of Russia – he arrived in the morning by “Transaero” and flew back on a night flight.

Daniyar returned to Almaty in the morning, on Saturday, March 26. He was attacked and robbed by unknown individuals on his home from the Almaty airport. The editorial board found out about the incident from Daniyar Moldashev himself who contacted via Skype Guzyal Baydalinova on Monday morning, March 28 and sent her the following message:

– Hi, I feel rather bad. I was robbed on my way from the airport. They stole everything. I have a brain concussion and a severe arm contusion. I`ve got a plaster cast on my arm. I am in bed at home.

Important documents that Daniyar carried from Moscow were stolen, as well as the camera that was sent by the editorial board for repair to Moscow. According to the words of Daniyar, it became clear that he made a declaration of the beating and robbery to the police. This story seemed suspicious to the editorial board from the very beginning, but they decided to see what the police would say and agreed to contact Daniyar on Monday evening.

However, on Monday evening Daniyar did not establish contact. The same on Tuesday, All the calls on his mobile phone remained unanswered, he was not at home, either.

– We sounded the alarm by Tuesday night, – deputy editor-in-chief Oksana Makushina told at the press conference held on Thursday, March 31. – How was it possible for him to disappear with his hand in a plaster cast and a brain concussion? He said that he would be at home all the time and suddenly disappeared. Taking into account the situation of our newspaper during the last year and a half and the fact that our cars are shadowed, we could not react calmly to the disappearance of Daniyar.

The anxiety of the editorial board grew when it became known that in Moscow, Moldashev was shadowed by unknown persons. The employees of the portal “Respublika” in Moscow contrived to film the “spies” tracking Daniyar. Alexander Petrushov sent a video from Moscow of his story especially for this press conference said about it:

“Daniyar flew to Moscow just for one day, on Friday, March 25, on a morning flight by “Transaero”, and planned an evening flight back. He immediately went to the meetings. We were constantly in touch with him throughout the day – we talked on the phone with one another several times. We had to give him a camera and the documents for the editorial board of “Respublika” in Kazakhstan.

Around the afternoon, I was contacted by a person who met with Daniyar that morning. He said that Daniyar was being shadowed. As it turned out, he was spied by at least three people in three cars. Their numbers were recorded. Espial was rather unprofessional because the spies did not notice counter tracking and behaved altogether quite carelessly. By the way, Daniyar had no problems at the border either on arrival in Russia, or on departure.

Have a look at these pictures that we made from the video (the photos are attached to the press release). You can see one of those who were much interested in Daniyar.

Colleagues talk about their meeting with Daniyar Moldashev, “Regarding our meeting, we gave him a camera to be repaired and several important documents for the newspaper Editorial Staff in Almaty. He went through all the customs formalities without neither any problems nor any questions asked by Russian customs officers. Several minutes before the takeoff, Daniyar called from the airplane and informed that everything was fine, he was flying to Almaty and would contact us over the phone from there”. Yesterday, on Wednesday March 30, 2011, the Editorial Board decided to make public the fact of the disappearance of the Limited Liability Company Director – the newspaper publisher. The Editorial Staff rang around the morgues and hospitals.

‘We’ve decided to make a public announcement that Daniyar disappeared, – Oksana Makushyna goes on. – We can think only about two possible versions: either something terrible happened to Daniyar or he was kidnapped. Who did this? We would rather not accuse anybody in advance but we have immediately recollected the story with Oksana Nikitina who had been killed during the 2005 election campaign. Therefore, we have decided that it is better to overdo rather than under do. We did understand that our announcement would cause a sensational reaction in the society and hoped that somehow that would clarify the situation.

The Editorial Staff’s expectations were realized.  Yesterday, on Wednesday March 30, 2011, at about 8.30 p.m. Daniyar Moldashev appeared. He called to the mobile phone of Guzial Baydalinova.

“Daniyar called me; I asked where and how he was, told him that we were all looking for him. He answered that he was in Minsk at the moment… He however talked a kind of tensely and quickly. I even did not have a chance to ask my questions when he hang up. His number was not shown,” – Guzial told to the Editorial Staff.

“First we were glad to hear the news – thanks god he is alive, but then we thought about it, Olga Makushyna commented the Daniyar call. – If he had gone of his own free will, why did he not warn us? We have known Daniyar for a long time and he had never done this before. He knew very well that we would look for him. If he had a chance to call on Wednesday, then he had a chance to call on Tuesday but he did it only after we had caused a sensation. In addition, the tone of the conversation – the tense tone – as if someone was next to him. He also did not leave any information about where he was staying, and he is the Company Director and clearly realizes that he can be needed any moment…

The Editorial Staff is afraid that Daniyar Moldashev was made to leave the country – if of course he left. It is also possible that he is being hold somewhere against his will.

In the lawyer’s opinion, the Daniyar having been shadowed in Moscow adds more concerns.

– Who could follow him in Moscow? If the Russian law-enforcement authorities had had any claims to Daniyar, he would have been detained crossing the boarder,” Sergey Utkin mentioned. “Perhaps the secret service did it? Or someone they hired for following Daniyar in Moscow? It is only a version but in the light of the recent events it is worth considering – at least in order to put questions to the National Security Committee if they know what really happened with Daniyar Moldashev. By the way the cars that followed Daniyar in Moscow are the red Hyundai Elantra H 758 PH 150 and the blue Mitsubishi Lancer C 705 TB 199.”

The Editorial Staff would like to ask everybody who knows anything about the location of Daniyar Moldashev to report about this and also thanks everyone who helped to make his disappearance public.