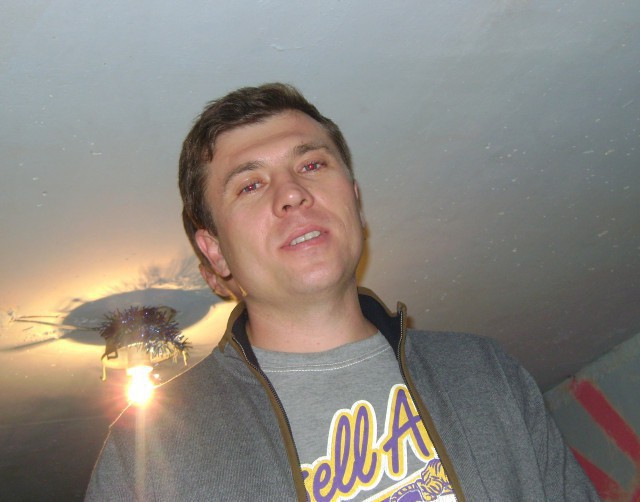 If the Spanish government expels asylum seeker, Alexandr Pavlov to Kazakhstan, international obligations in the field of human rights will be violated

The Ministry of Foreign Affairs and Cooperation of the Kingdom of Spain,

The Ministry of Justice of the Kingdom of Spain,

Prime Minister of the Kingdom of Spain, Mariano Rajoy,

Ambassador Extraordinary and Plenipotentiary of the Kingdom of Spain to Ukraine, Jose Rodriguez Moyano

On 27 September, 2013, the Board of Appeals of Audiencia Nacional considered the complaint against the decision to extradite Alexandr Pavlov to Kazakhstan. Should the court reject the appeal, the final decision on this case will be made ​​by the government of Spain. In the case of extradition, Alexandr Pavlov will face torture and unfair trial, and Spain will once again breach its international obligations concerning the protection of the rights of asylum seekers.

Alexandr Pavlov was placed by the investigating authorities in Kazakhstan on an international wanted list having been accused of terrorism and embezzlement of entrusted property. Alexandr Pavlov’s persecution is part of a campaign launched by the Kazakh authorities with the aim of detaining partners and relatives of the opposition politician, Mukhtar Ablyazov, in Europe through Interpol’s channels.Although Alexandr Pavlov was never engaged in political activities, the charges against him are clearly political in nature. Aleksandr Pavlov is an important source of information in the case of Mukhtar Ablyazov for the Kazakh Prosecutor’s Office.

The evidence base regarding Alexandr Pavlov’s alleged involvement in preparing terrorist attacks in Kazakhstan is questionable, and bears signs of fabrication.On 24 January, 2013, Alexandr Pavlov applied for political asylum, but his application was rejected on 5 July, 2013, in violation of the procedure, after being considered in the first instance.His counsels have filed an appeal against the decision to deny him political asylum.

It is known that during Alexandr Pavlov’s stay in the detention facility, he was visited by consular employees of Kazakhstan in Spain: Azamat Abdraimov and Alik Zhumagulov. They asked Alexandr Pavlov questions relating to his case, but they also asked about his family which could be interpreted as a veiled threat. From the legal point of view, this visit contravened the law because Alexandr Pavlov had previously requested asylum and therefore he should have been protected from the Kazakh authorities whilst his asylum application was under consideration.

The decision handed down by Audiencia Nacional on 22 July, 2013, was based on the assurances offered by Kazakh authorities that the rights of Alexandr Pavlov would be respected. Still, such diplomatic assurances are unreliable, as the trials both in the case of Vladimir Kozlov and in the case regarding the closure of independent media once again confirmed the absence of an independent judiciary and right to fair trial in Kazakhstan.Furthermore, the subjecting of those arrested and convicted to torture and other ill-treatment is of a systemic nature in Kazakhstan.

Over the past few years, Europe has seen several cases in which the Spanish government has violated its international obligations by extraditing accused persons to non-democratic countries, despite the evident risk of them being subjected to torture, ill-treatment and unfair trial. In all the cases, the governments of the countries whose legal systems do not meet international standards violated their diplomatic assurances with respect to the observation of the rights of their citizens following their extradition from Spain.

It is alarming that economic and political factors in the bilateral relations between Kazakhstan and Spain may affect the authorisation of Alexandr Pavlov’s extradition. Spain, being the second European country (after France), with which Kazakhstan has concluded a strategic partnership agreement, is Kazakhstan’s one of the key economic and political partners in Europe. The Centre for International Studies in Barcelona (CIDOB) notes that Spain is actively promoting the interests of Kazakhstan in the European Union and in 2007, it supported Astana for OSCE chairmanship.Nursultan Nazarbayev awarded the King of Spain, Juan Carlos I, the highest honour of the Republic of Kazakhstan: the ‘Altyn Kyran’ [‘Golden Eagle’] Order. Kazakhstan offers Spain lucrative contracts, which is especially important in the context of acute economic crisis in which Spain is immersed.

The Open Dialog Foundation hereby calls upon the competent bodies of the Kingdom of Spain to deny the request for Alexandr Pavlov’s extradition due to the fact that Kazakhstan has violated Article 3 of the Interpol charter. As an official visit of the Spanish Prime Minister, Mariano Rajoy to Kazakhstan is scheduled in the period from 30 September, 2013 to 1 October, 2013, we hereby call on the head of the Spanish government to pay attention to the threat to the life of Alexander Pavlov; we underline that economic and political interests of governments cannot override the importance of fundamental human rights. Extradition is an act of mutual assistance between states in the fight against crime on the basis of the principles of justice, but an extradition agreement cannot be used as a tool against political opponents, endangering their lives and health.