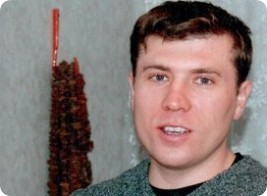 Information on the Audiencia Nacional announcement in Alexandr Pavlov’s case from 03.10.2013 and its consequences

On October 3, the Audiencia Nacional court announced it postpones the decision on Alexandr Pavlov’s extradition to Kazakhstan, a Central-Asian dictatorship, until 25 October. The court admitted it has doubts whether the previously made decision (approving the extradition) was correct. The court informed it will now ask the Polish authorities to provide more information on the Muratbek Ketebayev’s case, which it finds analogical to the one of Pavlov. Ketebayev is a Kazakh dissident who was arrested in Poland on June 12, 2013 – Kazakhstan requested his extradition calling him a member of the “organized criminal group” – and released the next day. The prosecutor disclosed then, on a press conference, that the charges are clearly political, and it will not take Kazakh authorities’ claims as granted.

Audiencia Nacional’s decision on Pavlov, now scheduled for October 25, will be the last instance in the judicial procedure regarding the request made by the Kazakh authorities. In case if the extradition is executed, Pavlov risks being tortured or even killed.

Pavlov is a former chief of security of the opposition politician and entrepreneur Mukhtar Ablyazov. In 2001-2003 he was also responsible for the security of the Respublika newspaper, one of the main opposition voices in Kazakhstan. As Kazakh sources inform, the regime of this country intends to use all the means to force him to denounce his former colleagues. This would have brought direct risk to the remaining independent journalists, dissidents, human rights defenders and their families in Kazakhstan and abroad. On October 1, Alexander Pavlov made an announcement in the Madrid prison, that he does not intend to make any statements against Ketebayev, Ablyazov, or any opposition-related group voluntarily. If he is extradited to Kazakhstan, and is found making such statements, it should be understood he was illegally forced do do so, and should not be believed.

The decision on the postponement of the decision came shortly after the Prime Minister Mariano Rajoy’s visit to Kazakhstan (29 Sept. – 1 Oct.), where he discussed increase of economic cooperation between Madrid and Astana. Contracts worth 600 mln euros were signed.

It was widely expected in the Kazakh ruling elite that Spain would do a favor to president Nazarbayev on that occasion – we, the Open Dialog Foundation, are grateful it did not happen. We do not underestimate the fact that the journalists accompanying Prime Minister in Astana, asked him on a press conference whether he spoke with Nazarbayev about Pavlov.

Spain has a bad account of extraditions of persons of whom the risk tortures if sent to their home countries was known, but ignored. Amnesty International unsuccessfully campaigned in the cases of Basel Galyoun (Syria), Alii Arras (Morocco), or Murat Gasayev (Russia). With a positive signal coming from Audiencia Nacional, we hope it’s getting back on the right track.

Members of the European Parliament actively engage in the campaign in favor of Pavlov’s release. On September 19, more than ten of them signed a letter to the Minister of Foreign Affairs. Earlier, MEP Raül Romeva i Rueda filed a written question to Catherine Ashton on the issue. Members of the Spanish Congress, including José Ignacio Sánchez Amor, Irene Lozano, Jon Iñarritu García, kept on asking the government to investigate the Pavlov’s case properly. Amnesty International sent a letter to the PM Rajoy just before his departure to Kazakhstan. Also, special rapporteurs of the UN informed the Spanish government about their doubts. Embassies of Poland and Norway were following the developments of Pavlov’s case closely. On September 9, Polish Foreign Affairs Ministry, answering to the written question from MPs Marcin Święcicki and Ligia Krajewska on its position towards cases of extraditions of the Kazakh dissidents in Europe, wrote it condemns the actions of the Kazakh regime, such as misuse of the Interpol, to persecute its opponents. A strong message urging the government of Spain not to render Pavlov to Kazakhstan and the misuse of Interpol came from the participants of the annual OSCE Human Dimension Implementation Meetng held in Warsaw on September 23 – October 4, 2013. As of October 4, more than 600 people signed a petition to Mr Rajoy on Change.org platform, raising concern about the risk of tortures.

The Open Dialog Foundation appeals to the Spanish authorities guarantee Pavlov’s safety in case he’s released from the detention center, as the Kazakh authorities could use any legal or illegal means against him. The authoritarian regime considers Pavlov a key person needed to silence the remaining independent voices. In case the court approves the extradition, the Open Dialog Foundation will call on the government to make use of its right to reverse this decision.

Open Dialog Foundation (ODF) is an independent NGO based in Poland. It deals with human rights violations in Eastern Europe and Central Asia, with the special attention on Kazakhstan. Its representatives were present and testified at the trial of Alexandr Pavlov, which took place on July 18 in the Audiencia Nacional court in Madrid. In the late September the ODF members were again present in Madrid in anticipation of the final decision of the court.

In order to obtain comments from the Open Dialog representatives, please contact