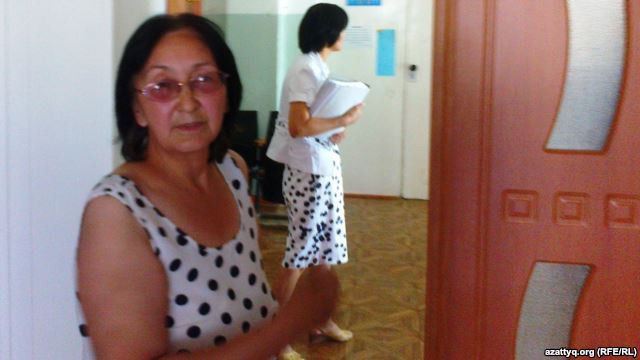 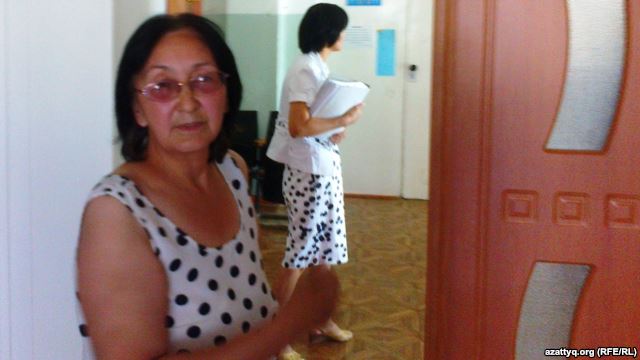 On 9 September, 2013, Rustam Dyusembekov and Vladimir Ivantsov, doctors of the regional neuropsychiatric clinic in Karaganda, conducted an examination of the human rights defender and formed the conclusion that Zinaida Muhortova requires compulsory treatment. However, previously, on 2 September, 2013, the Medical and Pharmaceutical Activity Control Committee concluded that there is no need to confine Zinaida Mukhortova to the hospital for compulsory treatment. In order to eliminate the contradiction between these two findings, on 19 September, 2013, the Prosecutor’s Office in Balkhash appointed Zinaida Mukhortova’s new psychiatric examination at the Medical Centre for Mental Health Problems in Astana.

On 27 September, 2013, the Board of Appeal of the Karaganda Province Court failed to hold a hearing, appointed in order to consider Zinaida Mukhortova’s complaint against the decision of the Balkhash City Court of 20 August, 2013, regarding her forced hospitalisation. Instead, the cassation Board of Appeal of the court denied Zinaida Mukhortova the right to appeal against the actions of the deputy director of the Regional Neuropsychiatric Clinic, Ryspek Iskakov, on whose order she was confined for forced ‘treatment’ during the period of 12 December, 2011 to 29 December, 2011.

It is worth noting that, Ryspek Iskakov exerted pressure on Zinaida Mukhortova, forcing her to write a statement in which she agreed to withdraw her appeal against the decision of the Balkhash City Court of 20 August, 2013, in exchange for the alteration of involuntary treatment to voluntary treatment. On 30 September, 2013, the human rights defender reported this incident during a meeting with Asel Alpyspayeva, the prosecutor of the city of Balkhash, and wrote a statement, in which she recanted the previous statement which, it transpired, had been given under pressure.

On 30 September, 2013, Zinaida Mukhortova was escorted by the police inspector and a paramedic to the neuropsychiatric clinic of Balkhash to the Medical Centre for Mental Health Problems in Astana. Anara Ibrayeva, the head of the ‘Kadіr- Kasiet’, in a conversation with a representative of the Open Dialog Foundation reported that the human rights activist will spend about a month in the medical facility. At the same time, the date of consideration of Zinaida Mukhortova’s appeal against the court’s decision regarding her forced hospitalisation is yet to be announced.

The involuntary psychiatric treatment of Zinaida Mukhortova is a consequence of her professional legal and human rights work – an opinion which has been validated by representatives of the European Parliament and the European bar associations. In particular, Christiane Féral-Schuhl, Niccolò Rinaldi, and Evangelos Tsouroulis, in their appeals to the official representatives of the Kazakh authorities, demanded that immediate and effective action be taken in order to put a stop to the forced psychiatric treatment of Zinaida Mukhortova. Moreover, the Kazakh authorities were urged to ensure that all human rights defenders in the country are permitted to carry out their legitimate activities, not fearing reprisals and restrictions, including judicial prosecution.

The Open Dialog Foundation supports the above statements and demands that the human rights activist and lawyer, Zinaida Mukhortova, be immediately and unconditionally released. We believe that Zinaida Mukhortova’s persecution began after she accused the member of the lower house of parliament, Erlan Nigmatulin of using his esteemed official position to exert pressure on a court, forcing it to issue favourable decisions. Pursuant to Articles 16 and 17 of the ‘Basic Principles on the Role of Lawyers’ of the UN, the Kazakh authorities are obliged to provide Zinaida Mukhortova with adequate protection from persecution for activities, performed as part of her recognised professional duties.

We also urge the authorities of Kazakhstan to bring to justice the Deputy Director of the Regional Neuropsychiatric Clinic of the city of Balkhash, Ryspek Iskakov, who is possibly guilty of the illegal forced hospitalisation and prolonged forced treatment of Zinaida Mukhortova. Such actions of an official of a state health agency are at odds with the international obligations assumed by Kazakhstan in the sphere of civil and political rights; in particular, they violate Articles 7 and 9 of the International Covenant on Civil and Political Rights. In addition, we recommend that the opinion regarding Zinaida Mukhortova’s mental health, issued on 9 September, 2013, by the committee of the Regional Neuropsychiatric Clinic of Karaganda be repealed as we believe it is biased and prejudiced, having been prepared by the staff of the institution in which the human rights activist has been confined.

We hereby appeal to the Missions of OSCE, UN and EU in the Republic of Kazakhstan with a request to:

All those willing to support our appeal, are welcome to send their appeals to the following addresses:

1. The decision of the Balkhash City Court of 20 August, 2013, regarding Zinaida Mukhortova’s involuntary hospitalization: download.

2. The letter of the Council of Bars and Law Societies of Europe to the Embassy of Kazakhstan in Brussels of 2 September, 2013: download.

4. The letter of Niccolò Rinaldi, the deputy chairman of the parliamentary faction of the European Parliament ‘the Alliance of Liberals and Democrats for Europe’ to the Minister of Health of the Republic of Kazakhstan, Salidat Kairbekova, of 11 September, 2013: download.

More on this topic:
Zinaida Mukhortova