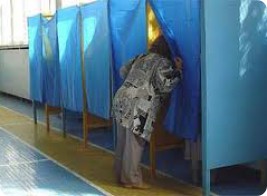 While in the technical aspect the elections was arranged very well, the absence candidates from opposition and active political discourse resulted in forming non-competitive environment. The day of voting has passed through in rather quiet atmosphere, but some serious violations were noticed by observers, including a plenty of cases when presumably identical signatures have appeared in lists of voters and some cases of introduction of ballot sheets.

There was no transparency in procedures of votes counting and determining of voting results, the procedures often weren’t observed. Sometimes International observers were prevented from the elections monitoring. The  Central Election Committee hasn’t published detailed results of the elections at the night of elections.

The process of candidate registration was defined as not enough transparent. The absence of clear rules for candidates supporting signatures verification and determining  of results of compulsory examination on Kazakh Language knowledge were noticed.

Forty long-term observers of the mission were accredited.

Early presidential elections in Kazakhstan was held on April 3. Incumbent Head of the state Nursultan Nazarbaev has won the elections by getting of 95.5% of votes, as was reported by the Central Election Committee.