After the case of Father Sofroniy received widespread publicity, a court rescinded the decision on his deportation from Kazakhstan. However, acting upon mercenary motivation, the authorities have been attempting to close the refuge, created for children and the elderly by the Orthodox priest. 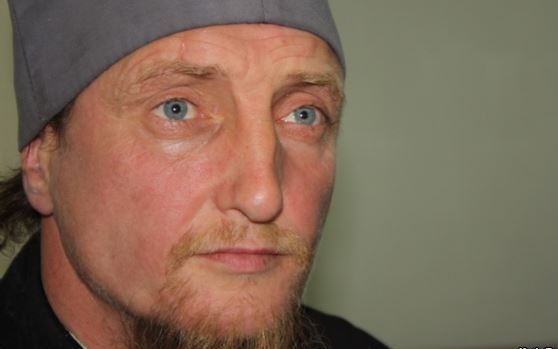 The officiating priest, Father Sofroniy (Petr Evtikheev by his secular name) became the Father Superior of the St. Venerable Sergius of Radonezh temple (Iliyskiy district, Almaty region) in 1994, and in the year 2000 he founded the “Radonezh” Fund, becoming the director of the refugee of the same name. There are currently 116 children and 120 elderly persons, including invalids, living in the asylum, of various nationalities and confessions. The asylum has 107 hectares of land, which was granted to them by the local administration. The asylum owes its existence to contributions made by private persons as well as charity organisations. In 2012, for his disinterested aid to the community, Father Sofroniy was nominated by the local community council for the civil activity award “National hero”. (More information: here). However, in April 2013, Father Sofroniy was relieved of his duties as Father Superior of the temple and his responsibility to supervise the orphans of the asylum. He was accused by the local authorities of committing infractions of administrative and immigratory legislative acts.

In an interview with a representative of the Open Dialog Foundation, the well-known Kazakhstan television programme host, Aruzhan Sain stated that legal issues for both Father Sofroniy and the “Radonezh”refuge he founded, started on 05.03.2010 coinciding with the arrival of the new Astana and Kazakhstan metropolitan Aleksander, and with Berdaulet Abduldayev appointment as the akim of the Iliyskiy district on 27.01.2012. The DeputyAkim on issues of internal policy and education, Erbolat Tutumbetov, informed the President of the “Radonezh” Fund, Anton Solovyev, that the district leaders had set their minds against Father Sofroniy, as he had refused to allow the children to be divided amongst orphanages in a way that the local authorities saw as fitting. Hence, a campaign was launched with the aim of discrediting the activity of Father Sofroniy.

In early April 2013, by decision of the district authorities of custodial care and guardianship, Father Sofroniy was revoked of his right to the custody of 44 orphans, all of them residing at the refuge. The local authorities accused the priest of the alleged repetitive physical abuse of the children. However, Aruzhan Sain, whose Community Foundation, Goodness Voluntary Organization has been supporting the asylum’s activities since 2006, objected strongly to these allegations, claiming that similar slurs were being spread by the relevant Iliyskiy akimat leaders. Barrister, Viktor Semin when interviewed, stated that certain interests in the case, may also be held by the District Education Department’s Head, Lyazzat Katkeeva. Father Sofroniy himself stated: “In the likes of a father strict have I attempted to direct them to the path of the right, but never have I resorted to beatings”. Specific cases of alleged mistreatment of children under his ward have not been proven.

In their turn, the responding party underlined the fact that Father Sofroniy had registered for a permanent residence permit in Kazakhstan as early as in 1999 and is listed in the permanent consul register in the city of Almaty, which is further corroborated by the relevant notes made in his Russian Federation passport. He had also previously been granted a driver’s licence and an ID number. The barristers of Father Sofroniy also mentioned that the immigration police officers deliberately entered false information into the protocol on Father Sofroniy’s deportation, as the document features a signature which is not his own. The court rejected the responding party’s request to arrange an expert analysis of the handwriting on the protocol.

Moreover, during the course of the court meeting, a representative of the immigration police stated that Father Sofroniy had repeatedly been held responsible by administrative organs for his alleged infringements of tax obligations and lack of adherence to sanitary hygienic standards in the asylum. A foreign person may be expelled from Kazakhstan if they infringe the country’s laws and regulations. However, the responding party noted that the administrative liability related not to Father Sofroniy as such, but rather to the St. Sergius parish as a legal entity. The barrister also underlined that there exists a letter from the Iliyskiy district prosecutor to the local education department, stating that the Radonezh asylum harbours no irregularities with regard to legal documents’ in relation to the active legislative frameworks.

29.07.2013 Iliyskiy district court reaches a decision: Father Sofroniy to be deported . On 06.08.2013, the court excluded the following statement from the judgement: “The court resolution might be appealed and complained against to the Almaty region court within 15 days via the district court”. Vladimir Madzigon, assistant to the barrister Viktor Semin, stated that similar actions are not provided for in the laws of Kazakhstan and were conducted in order to conceal the fact that said resolution had been reached at odds with the law. The barrister, however, still managed to lodge a complaint, and on 02.10.2013 the Almaty region court rescinded the decision on Father Sofroniy’s deportation. Immigration police department representatives were absent during the court session. According to the Kazakhstan international human rights bureau Director, Roza Akylbekova, “the authorities took the decision [to rescind the deportation] under the influence of intense media coverage surrounding Father Sofroniy’s case and many starting to speak out in his defence”.

During the course of legal proceedings on Father Sofroniy’s case, on 26.07.2013 the Astana-Almaty bishopric took the decision to remove father Sofroniy from his duties as father superior of St Sergiy parish where the refuge is located. The formal explanation for the above was a request from the Republic of Kazakhstan’s Agency on religion, asking not to allow Father Sofroniy to conduct missionary activities based on the claims he was not a Kazakh citizen. Moreover, after the deportation resolution, the principal of a school located in the same town as father Sofroniy’s asylum, refused to admit two of the asylum’s wards to their facility. The school explained to father Sofroniy that the education department had made a decision which meant that his wards were not to be admitted .

Marina Klyukina-Vityuk, Russian Federation consulate in the Republic of Kazakhstan, present at the court session as an observer, stated that the Russian Federation would view the decision of the Iliyskiy district court on Father Sofroniy’s deportation as an unfriendly act on behalf of the Republic of Kazakhstan. In her opinion, such a decision would create an unpleasant precedent, where “having failed to submit a document in time, anyone could be expelled, regardless of their charitable activity and work for the community, as in case of father Sofroniy”.

Murat Telibekov, the Kazakh Muslims’ association leader, stated that district officials started their persecution of the Orthodox priest due to territorial interests arising from third parties. He found a supportive voice in the President of Liberty foundation, Galym Ageleuov, who claims that “in our country [i.e. Kazakhstan] everything is, regrettably, measured with money now, and numerous persons have taken a keen interest in the property of the refuge”. Father Sofronius himself states that “every day he receives offers to sell the land”, however, he deems that the issue of land ownership is not the decisive factor in his case.

Viktor Semin, Father Sofroniy’s barrister, being one of the “Radonezh” refuge’s active supporters, amongst others, stated in his comments to the Open Dialog Foundation: regardless of the asylum not receiving any funds whatsoever from the state, the District Education Department is not interested in its further existence, as they are the ones charged with facilitating the children’s education and find them a place of residence after they reach an age of maturity.

Father Sofroniy created a refuge which held significant social meaning for the region as a whole. The Open Dialog Foundation actively supports the campaign to protect Father Sofroniy and strongly demands that the Kazakh authorities cease their actions carried out against him:

Republic of Kazakhstan Agency on religion: withdrawthe limitations imposed upon Father Sofroniy, on his missionary activity and, respectively, do not impede his community-beneficial activity as the founder of the asylum. Such activities of the Agency contradict the international commitments of Kazakhstan in the area of freedom of conscience and religion.

Republic of Kazakhstan Prosecutor general:conduct an investigation in order to discover possible irregularities among the Iliysky district migration police officers, paying particular attention to the facts indicating fabrication of accusations against Father Sofroniy contrived in order to bring about an unjust deportation.

Prosecutor authorities of the Iliynsky district:conduct a thorough investigation into the potentially corrupt activities of the Deputy Akim of the Erbolat Turumbetov district, as well as Head of district education department, Lyazzat Katkeeva.

All interested parties are welcome to support our calls by writing to the following addresses: