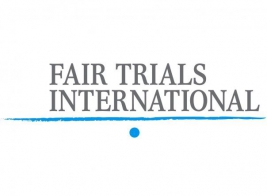 The report shows how INTERPOL – the world’s largest policing organisation and a vital crime-fighting tool – is frequently misused by countries across the world – in order to pursue refugees, journalists and peaceful political activists in relation to politically-motivated prosecutions. Despite INTERPOL’s commitment to human rights and neutrality, its review mechanisms are not rigorous enough to prevent this abuse, leaving innocent people across the world vulnerable to arrest and extradition. This video shows the potential impact on human rights.

Fair Trials International is a London-based international NGO which aims to uphold fair trial rights according to internationally-recognised standards. Over the past two years, we have been involved in several cases involving politically-motivated INTERPOL alerts and have also campaigned widely for improved safeguards to prevent this abuse.

You can download our report on the issue here.

Open Dialog Foundation is committed to bringing together specialists on the topic to promote a high-level discussion that involves both legal experts, NGOs and those directly affected by the politically-motivated misuse of INTERPOL. We want to raise awareness of the problem and together seeks possible solutions for the INTERPOL system to become more transparent and more effective in pursuing its positive work and protecting human rights, at the same time.

In order to foster a wider debate on this very important issue, Open Dialog is organising a series of conferences in Europe. The two upcoming ones will take place in Rome on December 2 and in London on December 11. In both cases, Fair Trials International will also be present to contribute to the discussion.

Under the following link you can find the programme of the conference, which will be held in Rome on December 2.