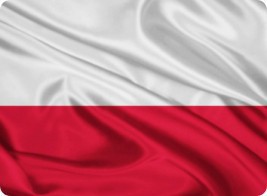 On Friday, November 29, 2013, at 11:00 a.m. the International Centre for Policy Studies (ICPS) with the support of the Polish Open Dialogue Foundation will hold press-lunch with the members of the Polish Parliament Mr. Marcin Święcicki and Mr.Michał Szczerba.

The Polish members of Parliament have arrived to Ukraine to monitor the situation around the signature or non-signature of the Association Agreement between Ukraine and the EU. They plan to discuss the consequences of the Eastern Partnership summit in Vilnius for the regional and European policy as well as to share their views on the situation in Ukraine.

The discussion will be hold in English and Polish with the consecutive translation into Ukrainian.

To take part in the event you need to register till the end of Thursday, November 28, 2013. For the registration please email at a[email protected] the name of the participant, name of the organization he/she present and contact phone number.

Note: Due to the limited number of seats you need to receive the confirmation of your participation in the event. The confirmation is the ICPS letter of notification about your registration.

Marcin Święcicki is a well-known Polish politician and economist. Święcicki was the Secretary General of the Consultative Economic Council from 1982 to 1989. He served as a Deputy Minister of Economy and then Minister for Foreign Economic Relations from 1989 to 1991. In 1989, he was also elected to the Parliament and served for two terms from 1989 to 1991 and from 1993 to 1996. He was the mayor of Warsaw from 1994 to 1999. Then he served as an advisor to the President of Lithuania Valdas Adamkus on economic reforms from 1999 to 2000. From February 2002 to 2005 he was the director of economic and environmental affairs at the Organization for Security and Cooperation in Europe (OSCE). In 2011, he was again elected to the Parliament.

Michał Szczerba is a member of the Polish Parliament since 2011 (Civic Platform). He is a member of the Commission for Foreign Affairs, Treasury Committee and the Special Committee on Amendments to the Constitution. Previously Szczerba worked as an assistant to Bronislaw Komorowski, Marshal of the Sejm, and an expert on the financing of the State Agency on the EU issues.

The Open Dialogue Foundation is a non-governmental organisation with its headquarters in Warsaw, which actively encourages respect for human rights and democratisation processes in the post-Soviet region, with a special focus on Kazakhstan, Ukraine and Russia. Throughout the course of its work, the Open Dialogue Foundation has covered the cases of numerous civil society activists, independent journalists and representatives of the democratic opposition, who were subjected to threats, prosecution, and imprisonment.

The International Center for Policy Studies (ICPS) is one of Ukraine’s top independent think-tanks involved in developing and analyzing public policy. The ICPS Mission is to promote reforms, democratic principles of government, and social transformations in Ukraine on the basis of European integration. ICPS specializes in such areas a democratic governance, foreign policy, economic analysis and energy policy.