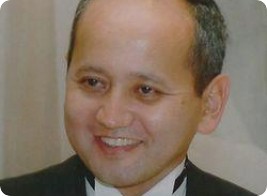 In December, 2013, France will hold a series of court hearings in order to review the extradition case of the Kazakh politician, Mukhtar Ablyazov. International human rights organisations are calling on France not to allow his extradition to Ukraine or Russia, as Kazakh authorities were heavily influencing the law enforcement agencies of these countries during the initiation of criminal cases against Mukhtar Ablyazov and continue to exert this influence at the stage of investigation. Both in Ukraine and Russia, Mukhtar Ablyazov risks being subjected to physical violence and judicial bias. Also, there is a high probability that Ukraine and Russia will render Mukhtar Ablyazov to Kazakhstan, where he will be at risk of torture and face unfair trial.

In 2002, the opposition politician and former Minister of Energy, Mukhtar Ablyazov, was sentenced to imprisonment in Kazakhstan for his political activities. In prison, he was repeatedly tortured and beaten. The European Parliament, Human Rights Watch, Amnesty International, and the U.S. State Department labelled the verdict politically motivated. After his release from prison, Mukhtar Ablyazov continued to support, and fund the opposition. In 2009, the then Chairman of the Board of Directors of BTA Bank, Mukhtar Ablyazov, again fell into disfavour with President Nursultan Nazarbayev due to his continued engagement in opposition activity and his financing of the opposition. BTA Bank has been nationalised, and criminal proceedings with charges of financial criminality were instituted against its executives and employees. Mukhtar Ablyazov was declared internationally wanted by law enforcement authorities of Kazakhstan, Russia and Ukraine.

In Ukraine, Mukhtar Ablyazov was accused of fraud and misappropriation of property on a particularly grand scale, by a group of persons, under a preliminary conspiracy (Art. 190, section 4 and Art. 191, section 5 of the Criminal Code of Ukraine). On 7 July, 2011, the British government, referring to possible political motives of the criminal prosecution of Mukhtar Ablyazov, granted him political asylum. On 31 July, 2013, French police arrested Mukhtar Ablyazov upon the issuance of a “red notice” by Interpol, based on a request for his extradition by Ukrainian law enforcement authorities. The Russian Federation and the Republic of Kazakhstan also sent requests for the extradition of the Kazakh politician.

More on this topic:
Mukhtar Ablyazov