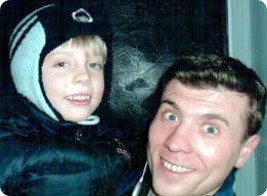 On 8 November, 2013, the judges of the Criminal Chamber of the Audiencia Nacional court voted on the ruling in Pavlov’s case. By a vote of 10:7, the ruling dated 27 July,2013 has been upheld, and thus the extradition of Alexandr Pavlov to Kazakhstan has been approved. Two weeks later, on 22 November, 2013, the court published the reasons behind the ruling, which revealed a deep division among the judges with regard to the legal and moral standpoint of Spain on Pavlov’s case. The last word in the case shall come from the government, which is entitled to a political decision on the inadmissibility of the extradition.

The government is expected to hold a meeting on the matter in the coming weeks. According to their own assurances, submitted in responses to interpellations of MPs Irene Lozano and Jon Inarritu, the government will independently assess the reliability of the diplomatic assurances provided by Kazakhstan, which ensures its readiness to conduct a fair trial, and will also take into account the entirety of the court’s reasoning behind the judgment.

The publication of the judgment highlighted the fundamentals of the dispute between the judges who presided over the case. Seven of the them (Ramón Sáez Valcárcel, Manuela Fernández de Prado, Teresa Palacios, Javier Martínez Lázaro, Antonio Díaz Delgado, José Ricardo de Prada and Clara Bayarri) signed a dissenting opinion, strongly rejecting the line of interpretation adopted by the court.

The reasoning of the court, which justifies the ruling, seems tendentious. The court states that there is no basis to consider the extradition request as being politically motivated, and that the request is aimed at putting Pavlov before a court for ordinary criminal offences.

The court considers the documents submitted by Kazakhstan to be completely objective and unbiased, in comparison to the documents submitted by the defence. It is impossible to agree with that notion. The arguments presented in Kazakhstan’s extradition request repeatedly reiterated the discredited information about the preparations for a terrorist attack in Almaty, which was supposed to have been organised in 2012 by the ‘criminal group’ of Alexandr Pavlov, Muratbek Ketebayev and Mukhtar Ablyazov. The Polish Prosecutor’s Office finds the allegations of criminal activity, also brought against Ketebayev (who resides in Poland), as unreliable and possibly politically motivated.

In the court’s opinion, the reports submitted by the defence, which originate from international authorities and organisations (such as the European Parliament), were prepared specifically for these extradition proceedings. In reality, however, the reports submitted to the court as evidence of the risks that Pavlov faces, were created long before the extradition case was initiated. The Open Dialog Foundation’s report on torture during trials in the Zhanaozen case is dated 2012, and the Supreme Bar Council’s report describes the course of the mission to Kazakhstan, which took place on 21-29 April, 2013. Pavlov was arrested on 1 June, 2013. Studies of this type confirm the general dysfunctionality of the justice system in Kazakhstan, which struggles not only with pervasive corruption, but also with politicisation of courts and a lack of independent advocacy.

According to the court, the case is criminal by nature, and not political. This opinion is clearly not corroborated by the series of arrests and extradition requests made throughout Europe by Kazakhstan and (indirectly) by Ukraine and Russia against  associates of Mukhtar Ablyazov. In addition to Pavlov, this includes, among others, Tatiana Paraskevich (Czech Republic) and Muratbek Ketebayev (Poland). Also Ablyazov, who is being detained in France, may be extradited. Previously, his wife, Alma Shalabayeva and daughter, Alua were illegally deported from Italy. The regime in Kazakhstan considers Ablyazov its main political opponent, and the people from his circles are considered his partners in anti-state activities.

According to the court, there are also no objective grounds to doubt the guarantees provided by Kazakhstan. The court stresses that Spain has great political, legal and economic relationship with this country. Meanwhile, the Spanish branch of Amnesty International, on the basis of other extraditions, considers such assurances as absolutely unbelievable. In recent years, citizens of Russia (Murat Gasayev, 2008), Syria (Basel Galyoun, 2008) and Morocco (Alii Arras, 2011) were rendered by the Spanish authorities to their countries. Despite the diplomatic assurances given by the countries requesting extradition, the fears of imminent danger stressed by human rights organisations were confirmed. Excellent economic relations with Kazakhstan, confirmed by the visit of Prime Minister Rajoy to Astana at the end of September and beginning of October, 2013, and by contracts concluded during this visit, may in this case cause the greater insensitivity of Madrid against human rights violations in the Central Asian country.

The court argues that Kazakh law does not provide for any penalties that could be considered inhuman, degrading or conflicting with the Spanish Constitution – neither for the crime of terrorism, nor for misappropriation or embezzlement, which underlie the request. Yet, numerous reports that document the prison conditions in Kazakhstan, especially in political cases, indicate a gross disparity between the regulations and reality. Prisoners are being harassed in many different ways, which can hardly be considered as unlawful. For example, they are placed in cells together with people who suffer from infectious diseases and the authorities then argue that they were already sick before they entered the facility. The court was aware of the real risk of such a scenario – for example based on Pavlov’s request for tuberculosis tests during his detention in Spain. Also known to the court was his statement made on 1 October, 2013, in which he asked people not to believe his possible forced testimony. The Kazakh authorities are hoping that Pavlov will implicate his former colleagues and friends from the circles of the opposition and independent media, and they are willing to use every pressure – legal and illegal – to achieve this goal, at the same time maintaining a semblance of legality.

The line of reasoning adopted by a slight majority of judges was categorically rejected by seven of them. In their dissenting opinion, they brought a different understanding of the duties of the Spanish authorities in Pavlov’s case:

1. The duty of the state, which requests extradition, is to protect the fundamental rights and freedoms of an individual, in particular the right to life, liberty, and the right to not be subjected to inhuman or degrading treatment. As they emphasise, in light of the Spanish constitutional case law, to the authorities competent in matters of extradition cannot be indifferent to the fate of the extradited individual.

2. The court’s opinion cannot be limited only to the trust that the countries have for each other. The personal circumstances of the individual, whose extradition is being sought, which could subject them to any risks, need to be examined. The functioning of the requesting state needs to be examined as well. The judges who signed the dissenting opinion argue that in the course of the meeting, they have demonstrated that the diplomatic assurances are not legally binding due to the lack of resources which would force the other party to meet them. The so-called diplomatic assurances have been discredited in the universal system of human rights protection (in this matter, the judges cite two opinions of the UN Special Rapporteur on Torture, Manfred Nowak).

3. The fact that, at the time of submission of the request, the Spanish-Kazakh agreement on extradition had not yet entered into force imposes an obligation to increase the degree of control whether the rendering complies with applicable law.

4. Article 5.1 of the Spanish extradition law prohibits the rendering of a person if the request, justified by common offence, was made ​​for the purpose of prosecuting or punishing them for their political beliefs. The evidence presented by the defence suggests that, in Pavlov’s case, we are dealing with persecution on political grounds. As emphasised by the judges, according to the Spain’s National Intelligence Service (CNI), the request for Pavlov’s extradition could provide a cover for purposes other than the crimes attributed to him.

5. The judges draw attention to the intense international campaign demanding the release of Pavlov. They believe that it is not customarily accepted in extradition proceedings for important members of European institutions and accredited human rights organisations to state their position in such a direct and affirmative manner, accusing the requesting state of prosecution for political reasons, and emphasising the threat to life and physical integrity of the person, whose extradition is being sought. That is why the judges stress that it is important to take these opinions into account. They refer to the letter of MEPs describing Pavlov’s case as a “part of a large-scale law enforcement operation undertaken by the Kazakh government against its political opponents”. Particular attention among the signatories was drawn by the signature of MEP Rinaldi, Vice-President of the Alliance of Liberals and Democrats for Europe, as well as by the position of reputable human rights organisations – Amnesty International and the Association for Human Rights in Spain (APDHE). They also stress the value of the information provided by the Open Dialog Foundation, recognised as an expert organisation in the field of human rights protection in Central Asia.

So far, official political reactions (in the form of statements, speeches and parliamentary questions) in defence of Alexandr Pavlov and other political refugees from Kazakhstan, who are facing extradition, have been expressed by:

– Ana Gomes, member of the Sub-Committee on Human Rights of the European Parliament, the question to the European External Action Service (22 November, 2013)

– MP Tomasz Makowski (Twój Ruch), the letter to Prime Minister Mariano Rajoy, the letter to Alberto Ruiz-Gallardon, Minister of Justice of the Kingdom of Spain (29 November, 2013)

Therefore, the Open Dialog Foundation strongly appeals to inform the Spanish government of the obligation to independently investigate the credibility of the ‘diplomatic assurances’ and the risk of Pavlov being tortured if extradited, as well as of the need to take account of the content of the dissenting opinions before deciding whether to approve or reject the extradition.