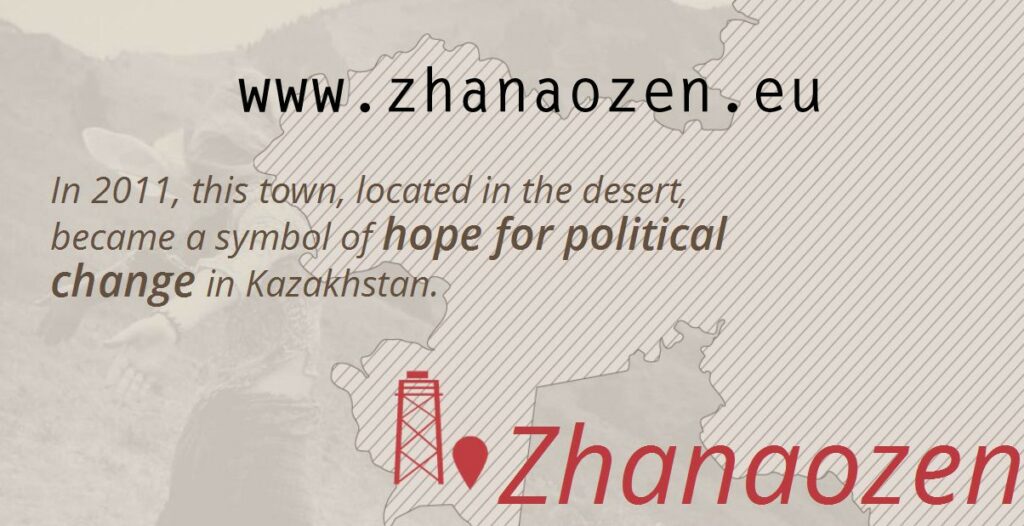 The Second Anniversary of the Zhanaozen tragedy 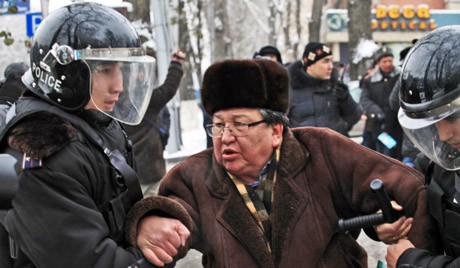 The Zhanaozen tragedy was the brutal pacification by the Kazakh authorities of the strike of oil workers, during which, at least 17 workers were killed, and dozens of people were injured. Introduction of a state of emergency, mass arrests and numerous repressions of political opposition marred the end of the Zhanaozen strike in 2011. On 16 December, we commemorated the second anniversary of these events. A special website: http://www.zhanaozen.eu/ has been launched in order to memorialise this tragedy.

On 11 May, 2011, employees of oil companies went on strike, demanding, among other things,  improvement of working conditions and increase of benefits. On 27 May, the court in Zhanaozen handed down a ruling, which deemed the strike illegal. In the period between May and December, the management of companies dismissed the striking workers on a wide scale; some were detained, others – harmed by unidentified attackers.  Despite harassment from the authorities, the strike continued, and workers began to demand the legalisation of the activities of independent labour unions. On 16 December, 2011, the strike was suppressed with the use of brute force. Kazakh Security Forces resorted to the use of force, which resulted in the deaths of 17 workers. A day later, the authorities announced a state of emergency, cutting the city off from any contact with the world by blocking roads leading to Zhanaozen and shutting down the telephone network and the Internet.

Following the brutal suppression of the strike, the authorities found a scapegoat: independent mass media and the opposition. At the end of January, among others, Vladimir Kozlov, the leader of the opposition party ‘Alga’ was arrested. Charges were also presented to participants of the strike. Court judgments were justified with the alleged attempt to overthrow the government, inciting social hatred, terrorism and extremism.

The strike in Zhanaozen is an unprecedented event in the history of Kazakhstan. Kazakhstan’s economy is based almost exclusively on the extraction and processing of oil and natural gas. For the first time, workers of this key sector of the economy, stood strong against the government, demanding the liberalisation of political and economic rights. For the first time, society so explicitly manifested their discontent. Exactly 31 years before Zhanaozen – in 1980, the so-called ‘December events’ took place in Poland: communist authorities issued an order to suppress the Gdansk shipyard workers’ strike; as a result, 45 people were killed. In the aftermath of the Polish December events came the liberalisation and democratisation of the political system and, in the longer term, the overthrow of the regime.

We encourage you to visit the website: http://www.zhanaozen.eu/, where you will find extensive information about the events of December 2011.