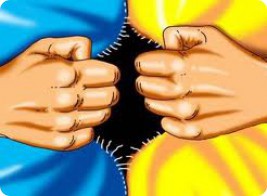 Marina Drako “Monitoring of mass-media during local self-government election in Ukraine on October 31, 2010”

On October 31, 2010 new authorities were in fact taking an exam demonstrating if they are ready to follow democratic procedures and are able to fulfil election promises. The results of this exam will define the way Ukrainian authorities are seen by politicians and society of the European Union. I can make conclusions about the election process in Ukraine not only on the basis of analysis of mass media reports, but also on the basis of my own observations.

I coordinated the work of international observers in Ternopil region, in the town of Borshchov. On the eve of election we met with five candidates for mayor of the town to learn about the peculiarities of the region. We were told about violations during the election campaign. A few cases of buying votes in villages as well as pressure on candidates from Batkivshchyna party to Town and Region Councils, which led to refuse to use their legal right for ballot access were mentioned.

On the very day of voting we paid our attention to the fact that polling station was not adjusted to the number of citizens willing to vote. In the „rush-hour” at 11 and 16 o’clock there was no space to stand, which made the work of commission and observers difficult. The queues to the polling booths discouraged those who had just arrived. In such a situation it was difficult to control the actions of people who received their ballots.

Voter turnout during the Ukrainian elections usually reaches 70-75%, but local self-government elections this year in Borshchov and in Ternopil region showed decrease of turnout to 50%. It can be explained by the fact that invitations were not delivered to all houses, as a result not everybody knew in what building they should vote. Looking at all-Ukrainian results, the turnout during self-government election in 2010 has been the lowest for the last 10 years and amounted to 40%. ‘None of the above’ option also gained the most votes (11%).

As regards the situation in the whole country currently not waiting for the court decisions, the results were announced only in Ivano-Frankivsk region. In Uzhgorod the fact of buying votes was proved and the court announced repeat voting in the election constituency from which the claim had been sent to the court.

I would also like to draw your attention to a new problem. During the local self-government election around ten exit polling and social evaluations were held. But none of them was made up to methodological standards of social sciences. None of the research organizations (except for the one which for the last five years has been officially fulfiling the tasks of the Party of Regions) conducted monitoring on the whole territory of Ukraine. Such selective approach to researches (the researches were conducted only in the regions where clients paid for them) does not give a chance to extrapolate the results. There were situations when exit polling results from the same polling places were considerably different, which could prompt that researchers were personally involved or unprofessional. So, one of the most influential tools to control violations during elections, i.e. independent vote count with the help of sociological researches, disappeared. Still, the problem has a potential solution. Ukraine can join the European social networks, e.g. Eurobarometer public opinion survey, and then Europe would have independent public opinion evaluation in the largest country of Eastern Partnership.

To sum up, I think that local self-government election on October 31, 2011 showed that it was too early to cease monitoring of Ukraine by the European institutions (such as OSCE, PACE, European Parliament). Complicated political processes are taking place in Ukraine, new threats for democracy and civil society appeared. In such a situation constant interest from the EU society and quick reaction to every attempt to „fold up” democracy can be a key factor for further course of events.