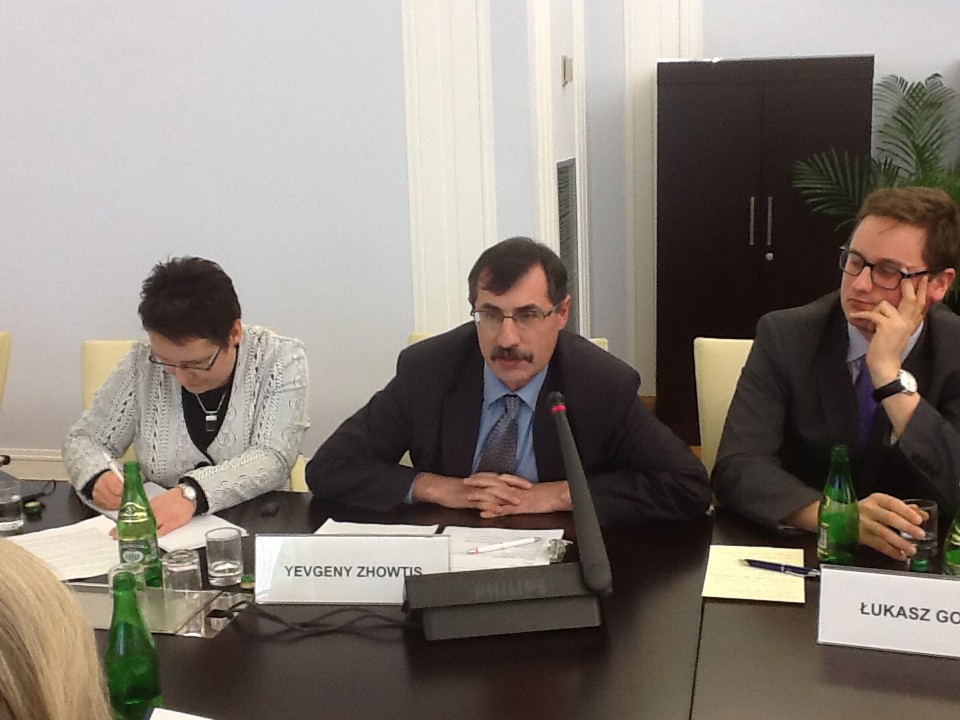 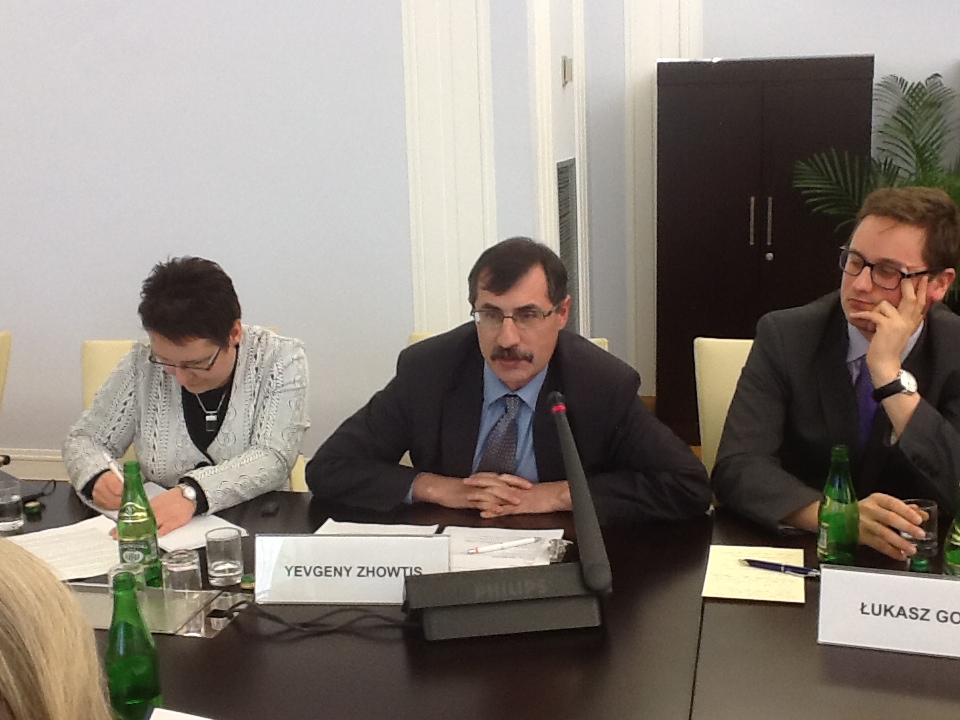 A titled lawyer, respected worldwide defender of human rights and social activist. This is how one could briefly describe Y. Zhovtis, who visited Poland at the invitation of the Open Dialog Foundation in mid-December. During his few-day visit, he met with Polish politicians, journalists and took part in a conference organised in the Polish Senate.

Yevgeniy Zhovtis arrived in Warsaw by plane on Sunday, 15 December. A day later, in the Polish Senate, he took part in a conference on human rights in Central and Eastern Europe, as well as Central Asia. At the conference, he spoke about the lack of respect for human rights in Kazakhstan, banning independent media outlets, arresting journalists, as well as oppressing political opposition.

– Unfortunately, I do not see the light at the end of the tunnel and I’m afraid that this trend will continue, leading to instability. Now we need to do everything possible to help specific people and organisations – Yevgeniy Zhovtis summed up the situation in Kazakhstan.

Later that same day, the Kazakh activist visited the Polish Radio, in a live programme ‘The world through a magnifying glass’ (“Świat w powiększeniu”). In turn, on Tuesday, in addition to numerous meetings with journalists, Zhovtis also had the opportunity to speak with a member of the Polish Sejm, Michał Szczerba (‘Civic Platform’) and representatives of the Ministry of Foreign Affairs: Piotr Iwaszkiewicz and Paweł Cieplak. On Wednesday, the day of his departure from Poland, Yevgeniy Zhovtis met with another MP, Marcin Święcicki (‘Civic Platform’).

Yevgeny Zhovtis has been bestowed with many awards. In 2002, he was recognised as the best lawyer in the competition ‘Person of the Year’, whose jury is composed of experts, representatives of various private and public entities, associations, respected and influential personalities, popular and famous people. He is also a laureate of the 2007 Friedrich Ebert Stiftung Human Rights Award and  Andrei Sakharov Freedom Prize, awarded by the Norwegian Helsinki Committee (2010).

In 2009, when driving near Almaty, Zhovtis accidentally hit a pedestrian who died as a result of injuries. Subsequently, he was found guilty of the accident and sentenced to 4 years in prison on charges of murder. International and local human rights activists stated that the proceedings had not been carried out properly and had become a pretext, used by the authorities in order to imprison Zhovtis. After two and a half years (2012), Zhovtis was released under amnesty.