Search
The Open Dialogue FoundationNewsReportage Exhibition in EP about Kazakhstan: one live between two realities

On  April 12, at 2.00 p.m., there will be an opening ceremony of the photo exhibition entitled “One lives between two realities: “Kazakhstan, is it you?” under the patronage of a European deputy Marek Siwiec (The Alliance of Socialists & Democrats).

The exhibition will be devoted to the issues of human rights, corruption and social situation in the present Kazakhstan as well as to the challenges resulting from it for the international community.

Extraordinary, pre-term presidential elections were held in Kazakhstan on April 3, 2011. The President Nursultan Nazarbaev who has governed the country since it regained independence in 1991, received more than 95% of the votes, according to official data. Immediately after the presidential elections, pre-term parliamentary elections were announced, the date of which was set for June 2011. 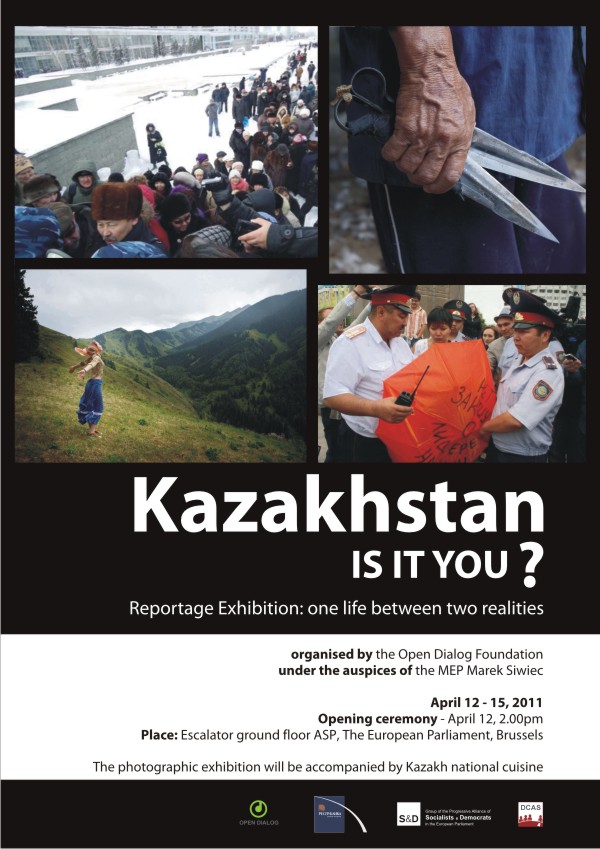