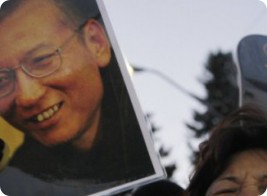 Open Dialog Foundation “Report of a short-term observation mission of local election in Ukraine on October 31, 2010”

of local election in Ukraine,

Short-term observation mission (observation on the day of election October 31, 2010)

In order to make observation on the day of election Open Dialog Foundation created a group of 30 observers from Poland accredited by The Central Election Committee and 30 interpreters. The Group worked on the territory of Lviv and Lviv region as well as in in Ternopil, Volyn, Zakarpattia, Rivne and Ivano-Frankivsk regions. The Group consisted of citizens of Poland, newspaper editors and journalists, political scientists and representatives of Lublin self-government.

The procedure of opening of polling places

The procedure of opening of polling places is stipulated in art. 69, item 4, 5 and 6 of Local Election Law of Ukraine. In general observers state that the provisions of the Law were observed by local election commissions. However, the cases when unwanted people were present during the opening were registered (polling place No. 11281 in Bruchovychi). During the opening of a place the number of ballots received (7 according to the plan) did not correspond with the number of voters on the voters’ list.

The noticed disturbances were of procedural character and although they could aberrate the declaration of will by citizens, however, it did not in fact, as the consequences of those disturbances did not cause violation of law.

The group of short-term observers during the observation mission did not notice considerable violations, which could influence the results of the election. In most cases commissions accepted the observers positively. Registration on the observers’ lists went smoothly. The observers were not disturbed when they carried out their responsibilities. The information was obtained without any major problems and the talks with both representatives of commission and Ukrainian observers were characterized by openness. An important role in transparency of voting process played representatives of mass media and domestic observers present in polling places, being representatives of election commissions and candidates. It should be noted that the number of registered observers reached absurd sizes (up to 55 people in one election constituency), which could make the work of the election commission more complicated and influence the comfort of the voting process itself at the polling place.

The noticed minor failures and remarks of observers concerning the process of voting:

1) The polling places were opened amid the large chaos. Before the time of official opening a crowd of observers and voters was inside the premises. Therefore, one could see a nervous Chairman of the Commission which strengthened the impression of disorganization. There was no clear signal when the preparations were over and the Commission began its actual work.

4) At all visited polling places there were cases of filling in ballots outside of voting booths (on the voting boxes, including). In most cases it was caused by long queues and crowds in the polling premises.

5) Duration of giving out ballots procedures are subject to strong criticism. The necessity to put a lot of signatures both by a voter and a member of commission has extended the voting process and was the reason of long queues at the polling places.

6) During the election it was noticed that despite the norms of Electoral Law not all election materials (e.g. posters) of candidates had been removed in the town.

7) During the vote count after the polling place was closed, the members of election commission left the places of count for a few times. However, taking into consideration that the process of vote count lasted more than ten hours, staying in one place for such a long period of time can be considered impossible.

8) It should also be noted, that the election commission had not worked out the procedure of vote count, which also resulted in the longer time of its work. It seems that the situation when the process of vote count lasts more than ten hours is unacceptable, (also because of physical endurance of members of election commission) and so the changes should be implemented to the Electoral Law and organization of work.

9) A few cases of turning off the lights in a few election districts (at night) were registered, which could be a good ground for falsifications and conduct violating the law.

10) There were also cases of giving ballots without signature and commission’s seal to voters – around 50 ballots (Lviv constituency No. 34).

Special attention should be drawn to the following cases at the polling places:

1) town of Truskavets. An official observer of Polish Government Jacek Pieskot, when fulfiling his functions, noticed major violation of Electoral Law. In particular, Andriy Herasym, candidate of the PORA party detained a citizen of Truskavets in the Election Commission No. 6, who submitted two Ukrainian passports trying to take away and hide the ballots in order to give them to next voters (such scheme is called „carrousel”). The incident was video-recorded and the witnesses evidenced that the man was brought by a car which belongs to a son of current mayor of Truskavets. The evidence is kept by police. The law enforcement bodies detained a suspected man and prepared a protocol. The event took place at around 20:00 o’clock at the same election commission.

2) At polling place No. 11281 the voting booths were placed in a way which enabled approach to them from the other side.

3) At polling place No. 11282 the voters were standing in a 2-3 hours queue to vote. Not everyone was so patient, part of people did not want to stand in such queues. Except for this, streets were assigned to registration tables in a way which was not carefully thought-out. The queue to one table included 70% of voters, while the other tables were empty. Each registration table worked with a few streets, but why did some tables register people from 4 streets and some – people from 9 or 14 streets? At the first table with 14 streets such long queues were created. The time spent with one voter amounted to around 6 minutes, so on average a thousand of voters could give their votes during the day. So, it was physically impossible for all voters to vote, which deprives them of their Constitutional right.

5) Exclusion from the election a candidate for a mayor of Vinnyky (Serhiy Uvarov, candidate of the PORA party) by local Election Commission can be considered to be a political decision.

6) At polling place No. 10058 in Kukeziv of Kamianka Buska district the Commission did not have a “Removed from ballot” stamp.

7) The Commissions had difficulties to qualify the ballots thrown to voting boxes before the decision to remove Batkivshchyna from the voters’ list in Lviv region was received.

8) Often the number of ballots received did not correspond to the number of voters on the list. In a situation with 100% turnout, not everybody could vote.

9) In Rudnia village (polling place No. 11050) during the opening of the place there were still no ballots as they were delivered to neighbouring constituency in another village.

10) A situation when members of the commission belong to another polling place and so they are unable to vote is another example of violation of voting rights.

11) Around 08:00 the observers received information by phone that at one of polling places (05194) voting process had been suspended. Upon arriving there, it was found out that the decision about exclusion of 2 candidates did not arrive to that polling place. By 09.15 part of voters had given their votes. A Chairman of Election Commission informed us that 52 people of 2900 voters had voted by that time. The members of election commission informed voters of the situation which happened. Most part of voters was waiting patiently and did not vote. Despite the fact that the above mentioned candidates were still not removed from the list, a part of voters voted. The decision to exclude candidates arrived to the polling station at 10.55.

However, it is a pre-election stage which is subject to the highest criticism, e.g. changes to the Electoral Law, which gave an advance to the ruling party comparing to opposition. In most election commissions The Party of Regions was No. 1 on the voters’ lists. The succession on the voters’ lists was defined by a principle “first come, first served”. Therefore, it prompts that administrative means were used to reserve the first position on the ballots for the ruling party.

Superficial analysis and talks with other observers allow to state that most of chairmen of election commissions were elected from certain political environment. Besides, during the pre-election period there were cases of ungrounded refuse to register a candidate and registration of fake lists of existing political groups.

Still, on the basis of the observation results, it should be admitted that the voting itself in the District Election Commissions happened without major failures.

The election process of self-government election in 2010 is a step back in standardization of election in Ukraine. The Law and creation of election commissions were unjust and unequal towards all citizens of Ukraine. The election is characterized by a low turnout, which hardly reached 50% and at some places it was 30%, whereas the average turnout of regular elections is almost 60%. This election the turnout was by 1,5-2 times lower than usual, which shows the level of people’s trust to politicians.

Except for that a large number of voters ticked “none of the above”. The previous experience of observing Ukrainian elections shows that on average 3-4 % of voters chooses this option. This election the percentage of none-of-the-above votes reached 7 and even 9 %, which shows dissatisfaction of society with the current political situation. Therefore, all parties, without any exclusions, should make conclusions out of the election.

The observation mission would like to stress that the report does not provide the final evaluation of the whole election process. Open Dialog Foundation is going to make final summary of the election after all votes are counted, results are announced and possible claims are addressed.