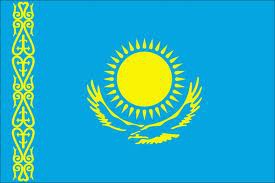 ODF and 10 partners release an appeal about protests in Kazakhstan

On 5 January 2022, 10 Human Rights NGOs, including the Open Dialogue Foundation, issued an appeal on the current protests taking place in Kazakhstan.

Against the backdrop of the massive street protests against the government and the Nazarbayev regime, which were met with widespread repression, ODF and its partners have condemned the government’s violence and called for sanctions and diplomatic pressure from liberal democracies.

Some excerpts from the appeal:

“In Kazakhstan, since 2 January 2022, tens of thousands of people have gone on peaceful protests in Zhanaozen. The protesters have not only social  demands, like lower gasoline and food prices, and higher wages, but also political ones: the change of Nazarbayev’s regime, the dismissal of the government, and the release of political prisoners.

In response to the mass peaceful protests, the authorities of Kazakhstan once again used political repression: illegal surveillance, detentions, administrative arrests of prominent activists, human rights activists, and former political prisoners. In addition, the Ministry of Internal Affairs reported the detention of over 200 violent citizens in Almaty, Shymkent and Taraz.

We believe that this is a blatant attempt to cover up the mass repression and suppression of peaceful protests in Kazakhstan. The human rights monitoring group “ActivistsNotExtremists” documented the use of armoured and military vehicles, tear gas and smoke bombs, blocking of mobile phone services, the internet and social media in cities and towns where mass protests are taking place, unjustified use of brute force against protesters and persecution of journalists.

In response to this, we urge the international community to impose personal sanctions on Nursultan Nazarbayev and his inner circle Karim Massimov, Yerlan Turgumbayev to prevent a bloodshed following the Zhanaozen scenario. Political killings, abductions, criminal prosecutions and torture over the past 11 years remain uninvestigated. The impunity of the Nazarbayev’s regime and the perpetrators of criminal orders must be stopped.”