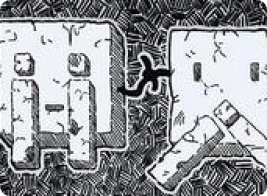 European Congress on Human Rights is a project organized by the office of Marek Migalski, Ph.D., the Association Projekt Śląsk (Silesia Project) and the on-line portal Korespondent Wschodni (The Eastern Correspondent).

The 1st session was held on December 2010 in the Katowice “Eye of the city”. The conference was unusual in nature due to the fact that among the invited panelists were representatives of NGO’s from Belarus and Russia – Dzmitrij Salauyou from the Human Rights Centre “Viasna”, Andrey Kalikh from the Centre for Development of Democracy and Human Rights and Andrei Blinushov from the “Memorial”. During the congress the following issues were raised: the theoretical foundations of human rights, respect for human rights in the post-Soviet area as well as human trafficking.

Within the Congress there will be three panel discussions:

3.       Panel No. 3 – Russia – an escape from democracy? – the situation after parliamentary elections in Russia.

1 – 8 December –  The exhibition “Kazakhstan, is it you?” will be presented on the walkway between the rectory and the Faculty of Social Sciences of the University of Silesia (the  exhibitor is The Open Dialog Foundation).

7 December –  at 10.00 a.m. in Villa Marchoł: workshops for high school students – meeting with a representative of the Belarusian organization “Viasna”, presentation of the movie about the presidential elections in Belarus – “Reality Show – Elections” ( courtesy of  Belsat TV).

8 December, at 5.00 p.m., at the Faculty of Law and Administration – presentation of the movie about Mikhail Khodorkovsky entitled ”Khodorkovsky”.

We invite all interested persons to visit the Congress website www.ehrc.pl/ in order to register and by doing so confirm their attendance.