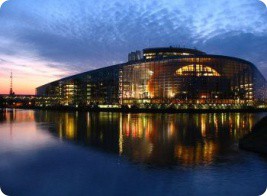 Conference in EP “Kazakhstan: Freedom of the Media and Freedom of Civil Society”

The conference  “Kazakhstan: Freedom of the Media and Freedom of Civil Society”  organised by the Open Dialog Foundation under the auspices of the European Parliament’s Subcommittee on Human Rights (DROI),

Films and multimedia presentations devoted to the subject of human rights, the problem of corruption and social situation in today’s Kazakhstan as well as the related challenges for the international society will be demonstrated as an introduction to discussion.

Recent anti-democratic actions in post-Soviet countries (for example Belarus, where a presidential election was held, but representatives of the opposition subsequently faced a sustained campaign of repression) are being echoed in Kazakhstan, where a similar election is to take place in 2012.

There have been some ruthless attacks already in 2011 on the few remaining independent media and opposition party members in Kazakhstan.  On the night of January 13th, members of the national police and army seized all copies of the country’s main opposition newspaper ”Golos Respubliki”. In addition, Kazakh authorities denied early parole to Ramazan Esergepov, editor of another opposition newpaper, “Almaty Info”, who had been jailed for publishing scandalous correspondence within the country’s law enforcement agencies.  A week earlier the editor of a third opposition publication, “Svoboda Slova”, resigned under intense pressure from the presidential administration.  Another newspaper “Vzglyad” is on the verge of being closed as a result of a private lawsuit that was initiated at the suggestion of administration.  Members of the editorial staff of five independent newspapers have been subjected  to disproportionate fines from the Tax Committee and now face the prospect of being imprisoned.

In Kazakhstan, human rights and the freedom of citizens are clearly under threat. Journalists and human rights activists have been imprisoned and independent newspapers cannot continue to be published.

Public discussion of these issues is critical,  especially so in light of a European Union statement that any decision to extend the presidential term until 2020 would be contrary to Kazakhstan’s commitment to democracy and good governance.

In view of Kazakhstan’s  recent chairmanship in the OSCE and its continued status as a member of the Troika, the U.S. and German governments also have called for Kazakhstan to stand by its commitment to conduct open, free and fair elections in accordance with its constitution and OSCE commitments.

OSCE representatives have stated that the initiative for this referendum came just weeks after Kazakhstan reaffirmed its commitment to hold democratic elections at the OSCE summit in Astana.

Our objective is to expose the reality of political life in Kazakhstan to European citizens.

We will show films and presentations showing human rights abuses and corrupt practices of the acting government of Kazakhstan. We enclose several photographs that illustrate the serious violations of civil and media rights now taking place.