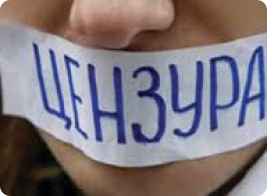 KAZAKHSTAN: short description of the situation of mass media, civil rights and freedoms

Kazakhstan announced early presidential elections to be held on April 3, 2011.

At the same time by decision of the President Nazarbayev the term to put forward candidates for the elections has expired. So, opposition and potential candidates have been deprived of the right to participate in the elections. President Nazarbayev wants to hold the elections two years earlier than it is stipulated by the law. His purpose is to establish his own authoritative power for the following five or seven years. Announcement of elections was followed by intensification of prosecutions against independent journalists and oppositionists.

Earlier Nazarbayev made an attempt to prolong his presidency for ten years by holding the national referendum. For this purpose soon after the OSCE summit in Astana, arranging of plebiscite was initiated to prolong Nazarbayev’s rule until 2020. However, as the USA, the European Union, the OSCE and the civil society of Kazakhstan had strongly opposed the referendum, Nazarbayev had to change his tactics.

By decision of the Constitutional Council the amendments which would allow Nazarbayev to hold a referendum were declared to be unconstitutional. So, after rejecting the idea of plebiscite, Nazarbayev announced an early voting.

Nazarbayev’s actions are his reaction to worsening of the social and economic situation in Kazakhstan caused by mass unemployment (except for half a million unemployed people, nearly three million citizens are self-employed in the country), unstoppable growth of retail prices, rising protests among citizens, especially those of Kazakh nationality and living in the rural areas.

To avoid the Tunisian or Egyptian scenario in Kazakhstan, Nazarbayev tries to prolong his rule in advance at least until 2016. At the same time he tries to intimidate and make the civil society, mass media and opposition political parties remain silent using various methods such as:

– falsification of tax violations and further initiating of criminal suits,

– intimidating journalists and oppositionists, detention, criminal proceedings against them and prison terms,

Taking into consideration the role and importance of the European Union as one of the main economic and political partners of Kazakhstan, and at the same time the threat of Kazakhstan becoming a „banana republic” and a danger of radical islamic groups activation, we, representatives of the civil society of Kazakhstan, would like to inform the deputies of the European Parliament about the current domestic political situation.

We warn the European Union of repeating the mistake to choose Kazakhstan as an OSCE Chairman in 2010. Nowadays it is obvious that Kazakhstan failed to keep the promises, but the situation in the country is getting worse. There are almost no independent newspapers left. Journalists, human rights defenders, opposition politicians have been imprisoned. Criminal actions against those who are still free are being prepared and no doubt that their cases will end up by prison terms. Kazakhstan follows the path of Belarus by quantum leaps.