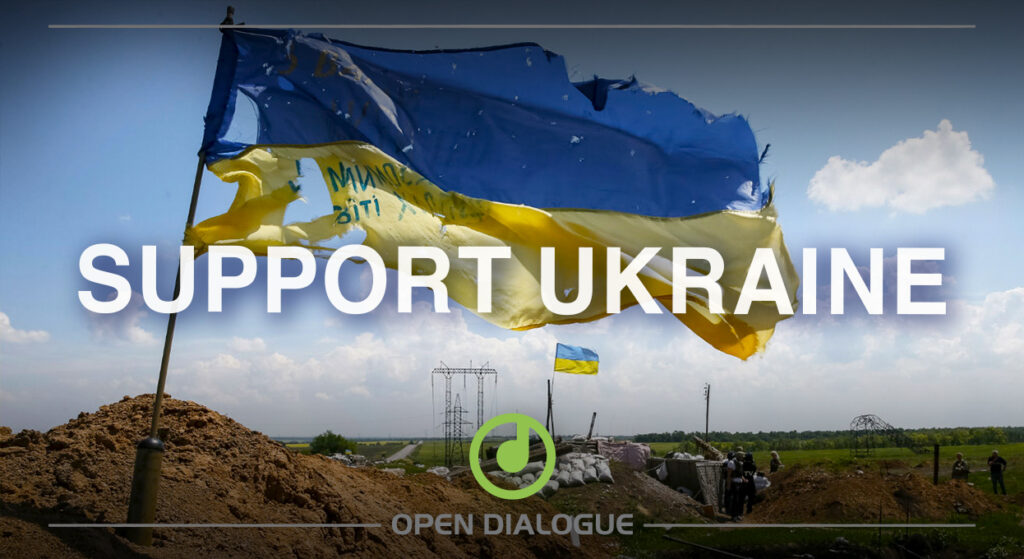 We have launched a fundraising campaign to help Ukraine

In light of the unprecedented escalation of the war against Ukraine – an armed attack by Russian troops on the morning of 24 February 2022 – we have launched an urgent fundraising campaign to support our friends and neighbours. Ukrainians today are defending Poland, Europe and the values of the entire West – and they are paying the ultimate price. We will not leave them alone!

Between 2013 and 2016, we ran large-scale collections and humanitarian aid campaigns, first in support of the Maidan protesters and then for the Ukrainian people and soldiers in the wake of the aggression launched by Russia in March 2014. We already have experience in delivering humanitarian aid to Ukraine, and the latest developments call us to resume this activity. Back then, we were supported by thousands of benefactors from all over Poland (and beyond). Once again, we appeal to your generosity. Below is the summary of what — thanks to you — we were able to achieve back then.

At this moment Ukrainians need not only solidarity, but also direct help. Funds are needed to provide humanitarian aid to those who defend the integrity and sovereignty of the state and those who fall victims to atrocities of Russian aggression. The list of needs can change dynamically. Previously, it was mainly helmets and bulletproof vests, uniforms, medical bandages and night vision devices, as well as  funds for the upkeep of internally displaced persons and support for those seeking refuge in Poland and assistance for Ukrainian volunteers and civilian media.

Hundreds of thousands of Ukrainian refugees are already in Poland, and the families and communities who stayed in Ukraine are also waiting for our help. The Territorial Defence Forces also need support and we have received reports that food, medicine, and medical equipment will be needed. It is possible that we will start collecting in-kind donations, but at the moment the quickest and most practical way to help is with money.

LET’S SHOW THAT RESISTANCE TO PUTIN’S AGGRESSION AND SOLIDARITY WITH THE SUFFERING OF OUR NEIGHBOURS ARE NOT JUST EMPTY WORDS.
Words of support and symbolic gestures are necessary, but they are not enough.
LET’S HELP DIRECTLY!

The funds raised during the campaign will be transferred either directly to Ukraine or in the form of purchased humanitarian aid to Ukrainians.

As always, we will provide a detailed financial summary of our actions. Updates about each transport of humanitarian aid to Ukraine are available in the “news” section under the link directing to our fundraising campaign and on the ODF’s social media accounts.

Funds to help Ukraine can also be transferred via PayPal:

Funds for aid to Ukraine can also be transferred to the Foundation’s general accounts:

The Open Dialogue Foundation (ODF), was established in Poland in 2009 and specialises in the protection of human rights, democracy and the rule of law. ODF was the first foreign NGO to directly support Ukrainian freedom fighters during the Revolution of Dignity in Kyiv’s Maidan square in 2013-2014 and then during the early years of Russian aggression (until 2016), successfully collecting and transferring aid worth over 1 million PLN in 2013-14 and over 200,000 PLN in 2015. During that time we delivered over 42 tonnes of aid supplies, including over 12,000 first aid kits, over 500 medical kits, hundreds of bulletproof vests and protective helmets, and also ambulances to rescue soldiers on the front line.

In recent years, having the support of activist friends, movements and civil society organisations, we have successfully organised and reported on many fundraising campaigns advertised on Zrzutka.pl, among others:

Please share the forms with your friends, especially those at border crossings and those who are still on the Ukrainian side. Let them know that we are waiting for them with open arms!

* All forms are available in 4 languages (Polish, Ukrainian, Russian, English)