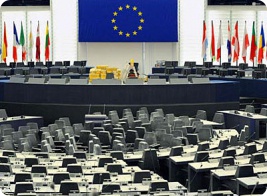 –   having regard to Articles 6 and 165 of the Treaty on the Functioning of the European Union,

A.   whereas the Treaty on the Functioning of the European Union, in its Article 6, provides that sport is among the areas ‘where the Union shall have competences to carry out actions to support, coordinate or supplement the actions of the Member States’;

B.   whereas chess is an accessible game for children from every social group and can help social cohesion and contribute to policy objectives such as social integration, combating discrimination, reducing crime rates and even the fight against various addictions;

C.   whereas whatever the age of the child, chess can improve children’s concentration, patience and persistence and can develop the sense of creativity, intuition, memory, and analytic and decision-making skills; whereas chess also teaches determination, motivation and sportsmanship;

2.   Calls on the Commission, in its forthcoming communication on sport, to pay the necessary attention to the program ‘Chess in School’ and to ensure sufficient funding for it from 2012 onwards;

3.   Calls on the Commission to take into consideration the results of any studies on the effects of this programme on children’s development;

4.   Instructs its President to forward this declaration, together with the names of the signatories, to the Commission and to the Parliaments of the Member States.