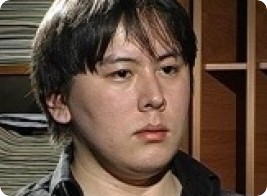 Kazakhstan: unprecedented pressure on the participants and supporters of the workers’ strikes

Kazakhstan: unprecedented pressure on the participants and supporters of the workers’ strikes

16 August 2011 in the airport of the city of Aktau (Western Kazakhstan) a leader of the youth organization “Rukh Pen Til” Zhanbolat Mamay was arrested. He arrived from Moscow where he took part in a meeting and a press-conference in support of striking oil workers of Mangistau. He was imposed a penalty of a 10-day administrative detention. This marked another step in an unprecedented pressure on the participants of oil workers strikes and their supporters.

Zhanbolat Mamay enjoys the trust of the striking workers of the shareholding company “OzenMunayGaz”, a Kazakh-Chinese enterprise “Karazhanbasmunay”, and “Ersai Caspian Contractor”, which is part of the Italian shareholding company ENI. Since 11 May 2011 they are continuing the collective action of protest, but the government of Kazakhstan continues to ignore their demands:

Journalist, Philologist. Graduated from the Kazakh University of International Relations and World Languages named after Abylai-Khan. Leader of the Youth Organization “Rukh Pen Til” founded in 2007. Member of the Social Fund “Kazakh Journalists Club”. His materials are published in the   newspapers “Zhas Alash”, “Dat”, etc.

Zhanbolat Mamay’s speeches in support of strikers are well grounded and based on objective information. He met with the workers in Aktau several times. He participated in setting up meetings for the Members of the European Parliament and Western diplomats with the strike participants. He was among the most active organizers of the solidarity campaign in support of the striking workers, which included journalists, human rights defenders, opposition parties and representatives of the Western civil society.

Campaign in solidarity with strikers strongly annoyed his opponents. A few days before his trip to Moscow Zhanbolat received anonymous phone calls with threats of a syringe injection with a lethal illness virus if did not stop to defend the cause of the oil workers. In the airport upon his arrival from Moscow he was rudely grabbed by law enforcement officers, put the street patrol car and driven away in an unknown direction. For several hours Zhanbolat Mamay’s family could not obtain information on his whereabouts, his lawyer did not have access to him.

Later on administrative court adjudicated him as guilty under Section 1 Article 373 of the Code of Administrative Liability of the Republic of Kazakhstan (“Violation of the legislation on the procedure of organization and conduct of peaceful meetings, gatherings, marches, pickets, and demonstrations”) for his participation in an unsanctioned meeting. The court imposed an administrative penalty in the amount of 10 minimum wages on him.

In addition, under Section 2 Article 355 (“Non-fulfilment of instructions or malicious disobedience of lawful orders or demands by the law enforcement officer of prosecutor’s office or internal affairs (police) body”) court imposed a 10-day administrative detention on him.

In press-service of the Department of Internal Affairs journalist Danesh Baibolatov was told that the police was preparing an official press-release on the matter, until then there would be no comments.

The arrest and detention of the civil activist Zh. Mamay is another step in violent suppression of the labour conflict. It is highly probable that this will exacerbate social tension in the society.

Authorities hand in hand with employers have embarked on a dangerous path of lawlessness and connivance to reprisals. Here are a few examples:

It is characteristic that the criminal prosecution of Natalia Sokolova and factual prohibition of the independent trade union activity is taking place at the time when state labour inspection is not performing its major function of monitoring the due process of labour laws.

Position of the Kazakhstani judicial system

The court decision on determining the workers’ collective action as unlawful is disconcerting as the court ignored the root causes of the workers’ action. The workers demanded the tri-partite consultative process to be launched in order to revise the collective agreement. And this was in accordance with fundamental principles and human rights at work, national legislation and international standards. The discussion and regulation of the balance of interests of the parties is the corner stone of sustainable industrial relations between employers and workers (represented by their independent and democratically elected trade union leaders and activists) with participation of the third party – the State, which would be a mandatory condition for the conflict resolution.

In addition, issues concerning working conditions and wages, management issues and the structure of the enterprise should fall within the scope of the court of arbitration and not a criminal or administrative court. Thus, the conflict is being deepened and exacerbated due to the denial of the problem by the authorities and their unwillingness to establish a permanent tripartite consultative process.

Association for Human Rights in Central Asia and Open Dialog Foundation are extremely concerned over the situation in Kazakhstan where:

Thus, the violations of the ratified ILO conventions are as follows:

1. The State and employers are not recognizing the independent trade unions founded by workers and representing their interests;

2. The State and employers are not ecognizing the democratically elected representatives of the independent trade unions and social activists who are striving towards fair resolution of the long-term labour conflict;

3. The State is not using the function of the state labour inspection for effective monitoring of the observance of labour laws and working conditions and is not letting the trade unions to conduct public control and monitoring and represent the lawful interests of the workers;

4. The State is suppressing the workers’ movement in various ways. Criminal charges are being fabricated against activists of the workers movement and civil society via using the judicial and law enforcement systems. Extrajudicial reprisals against activists are taking place with the connivance of the State.

5. Kazakhstan has a cumbersome procedure for obtaining an official written permission for any kind of peaceful gathering, meeting, picket, demonstration instead of a simple notifying procedure, which would be a normal practice under the international law; thus, authorities use the judicial system for criminalizing peaceful gatherings and for the violation of the freedom of assembly and collective action;

6. In carrying out the investigative and judicial procedures the state bodies have violated the human rights of the strikers, their representatives, and the trade union lawyer both under the national laws and international commitments of Kazakhstan;

7. Criminal groups organized by employers carry out violent reprisals on the strikers  intimidating them into stopping the protests;

8. In addition to massive violations of the fundamental principles and human rights at work Kazakhstan is violating major provision of the International Covenant on Civil and Political Rights:

Association for Human Rights in Central Asia and Open Dialog Foundation consider that the state bodies took the side of the employers in this massive and serious labour conflict leading to the escalation of social tension in the society.

International observers should provide their evaluation of the actions of the State bodies that display a strategy of denial by:

For the Government and the President of the Republic of Kazakhstan it is necessary as a matter of urgency:

For the International Labour Organization it is necessary to consider the establishment of an independent commission of experts under its auspices specially devoted to the monitoring of the conflict resolution process and prevention of such an acute stand-off in the future.