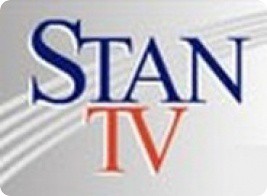 Urgent message! Repressions of journalists and employees of the Stan.kz video portal worsen!

On the 17th of January, 2012 at 1.00 p.m., Nurlan Beysenov, an officer of the National Security Committee, came to the office of the ‘Stan.kz’. He handed orders to report for interrogation on the same day (on the 17th of January, 2012 at 3.00 p.m.) to 15 workers of ‘Stan.kz’. Such an order  directed at the majority of the employees of the ‘Stan.kz’ on-line portal simultaneously and during office hours disrupts the ongoing work of the office and the coverage of the evaluation of the results of the parliamentary election. This approach also makes it difficult to provide quality legal assistance to the employees receiving orders.

One more person, Dmitriy Kurabaev, a vision engineer, is supposed to report for interrogation at 4.00 p.m. (Almaty time).

In principle, the same questions are being asked at the interrogation:

• Questions relating toto the events of the 16th and 17th of December, 2011 in Zhanozen.

• and additionally, questions about the structure of the company, about the finances, the organisation, the number of employed workers, the technology of work with video materials, the archive.

that is 15 persons altogether.

It is necessary to support and protect the ‘Stan.kz’ journalists and employees who provide coverage of the events in Kazakhstan, especially in hotspots, such as the Mangistau Province. We hereby urge the authorities of Kazakhstan to prevent the oppression of the ‘Stan.kz’ staff due to their professional activity.

More on this topic:
Zhanaozen , repressions , freedom of media , stan.tv