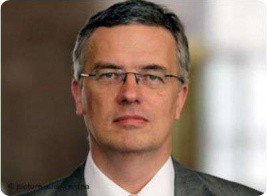 “I am concerned to receive reports that a journalist and a number of opposition politicians have been arrested in Kazakhstan. As a member of the OSCE, Kazakhstan has committed itself to such democratic principles as freedom of the press and freedom of opinion. It is incumbent on the Government there to honour that commitment. The investigation which has been announced into the unrest in Zhanaozen must respect the rights of Kazakhstan’s people, particularly those of journalists and opposition members.”

Vladimir Kozlov, Chairman of the opposition party Alga, has been arrested by the Kazakh secret service for “incitement to social unrest”, along with at least one other member of the party. Alga party headquarters and the offices of opposition newspaper Vzglyad have also been searched. The newspaper’s chief editor, Igor Vinyavski, has been arrested for “calling for the violent overthrow of the constitutional order”.
The parliamentary elections of 15 January 2012 were the first in Kazakhstan to see two opposition parties enter parliament. The OSCE nonetheless classed the election as unfair.

On 16 December 2011, clashes broke out on the fringes of strikes by petrochemical workers in the town of Zhanaozen, in western Kazakhstan. Sixteen protestors were shot dead and around 100 more were injured. President Nazarbayev subsequently set up an investigation committee.