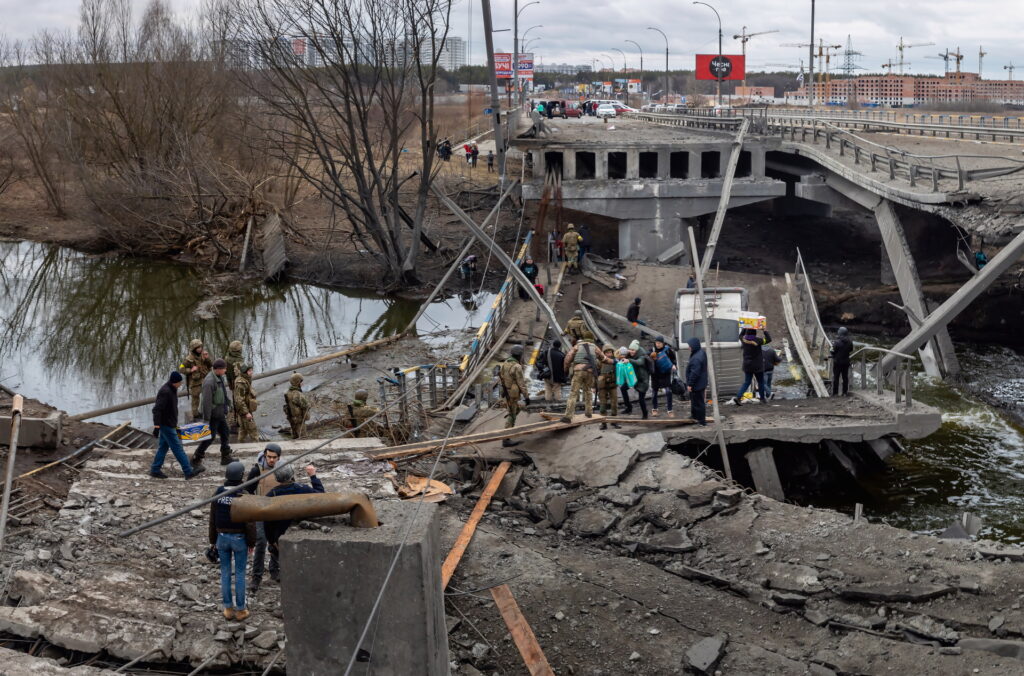 There are hostilities in Bucha, Irpin, Hostomel and nearby villages near Kyiv. They are partly taken over by the occupying forces and there is no access to them. There are residents in these settlements whose lives are under threat.

Practically all the time people are hiding in basements, without electricity, heat, the ability to restock food, water or medicines. Often they are unable to return to their houses because they have been destroyed by shelling or bombing. It is impossible to help and free those who are under rubble, injured and in need of urgent medical care.

The State Emergency Service of Ukraine reports that as of 8 a.m. on 7 March 2022, according to public requests, about 4,400 people in Bucha district require evacuation, they are in shelters, basements of houses, facilities, cottage houses and under rubble.

United territorial community of Bucha – more than 1,200 people, including:

United territorial community of Irpin – more than 850 people, including:

Gostomel settlement – more than 800 people, including those at 28 Franko Street, 8A Zhyvopysny alley, 3D Svyatopokrovska Street, 3G and 3D Nova Street. People are under rubble and cannot get out on their own.

United territorial community of Borodyanka – about 800 people, including:

United territorial community of Makariv – more than 650 people, including:

To save people, it is necessary to stop the hostilities in the area, create humanitarian corridors, allow rescuers in and take away all the victims.

Unfortunately, the Russian occupiers are deliberately using the inhabitants of these settlements as hostages who serve as human shields.

We appeal to the international community, the leadership of NATO, world leaders, the International Committee of the Red Cross, all those who can influence the aggressor state to allow civilians to evacuate from these settlements to safer locations and prevent a humanitarian disaster and new human casualties in this war unleashed by Russia.