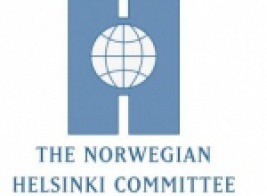 28/03/2012. On 15 March the European Parliament adopted a resolution that is clear in its criticism of the latest developments in Kazakhstan, and which expresses concern with the human rights situation. In that connection, the NHC sent a statement to the European Parliament jointly with the International Partnership for Human Rights in Brussels and the Netherlands Helsinki Committee in The Hague, in an appeal to use the new cooperation agreement to push for follow-through on Kazakhstan’s human rights promises.

The Norwegian Helsinki Committee also submitted a briefing paper to Members of the European Parliament in advance of the discussion in the EP and is pleased to see that several of the points made are included in the resolution.

–It is a positive sign that the European lawmakers refer to the importance of concrete progress before any negotiations with Kazakhstan can take place, stated Secretary General of the NHC, Bjørn Engesland. However, it is crucial that this progress is also identified in specific benchmarks and subject to vigilant scrutiny.

In the statement, the three human rights organisations urge the EU to use this agreement as an opportunity to push for concrete democracy and human rights progress in the Central Asian country. The EU should make clear to the Kazakhstani government that a deepened relationship requires decisive measures to reverse the negative trend in human rights protection that recently has been seen in the country, as well as constructive reforms to deliver on human rights commitments and promises, it points out. The 15 March resolution follows extensive discussions in the European Parliament in connection with negotiations on an enhanced Partnership and Cooperation Agreement with Kazakhstan.

The NHC contributed to the discussion through its briefing paper submitted on the eve of the discussion. It outlines in particular the situation for civil society, where several activists, opposition politicians and media representatives have been subject to arrest or search over the last months. Further, we expressed concern with the response to the conflict with the oil workers in Western Kazakhstan and the lack of respect for labour rights. Finally, the briefing paper points at the restrictive law for religious organizations, which has led to de facto closure of several minority religious groups despite the fact that the period for re-registration is not yet over, and the provision describing the procedures are not yet published. Over all, the NHC pointed to the lack of correspondence between the promises Kazakhstan made on the eve of the OSCE chairmanship and the reforms actually carried out. This demonstrated clearly a lack of respect for promises made in the area of human rights and democratization, as well as for international agreements.

Recently, both the labour union lawyer Natalya Sokolova and the editor of the opposition newspaper Vzglyad Igor Vinyavskiy have been released from imprisonment, while the opposition politician Bulat Abilov is out after serving a 15 days administrative arrest. While it is a positive signal that these civil society actors are out, it is a concern that they were arrested in the first place; Sokolova sentenced for incitement to social hatred in her work as a labour union lawyer, Socialist party leader Abilov administratively punished for participation in a demonstration against the disputed parliament elections, and Vinyavskiy accused of conspiracy to overthrow the constitutional order, in the first time this has happened to a journalist in Kazakhstan. Also, Mrs Sokolova is only out on parole, and is prohibited from working as labour union representative for the next three years. Taking into consideration how Kazakhstan used the OSCE Chairmanship for cosmetic rather than genuine reform, such acts of good will should not be mistaken for actual progress when considering the background for the arrests and the over-all working environment for civil society.

Opposition Alga party leader Vladimir Kozlov is still imprisoned along with several labour activists from Western Kazakhstan, and there are still limitations on the freedom of assembly and of expression. On this background, the recent decision that Kazakhstan is now a full-fledged member of the European Council’s Venice Commission, should also serve as a case in point. According to the Kazakhstani Constitutional Council’s Chairman Igor Rogov, this membership is “evidence of the high standards of Kazakhstan’s legal system and legislation”.

–Such statements illustrate how Europe should take caution in their engagement with Kazakhstan, explains Engesland. It is not always clear what the main motivation for Kazakhstan’s engagement is, and this should be taken into consideration during negotiations.