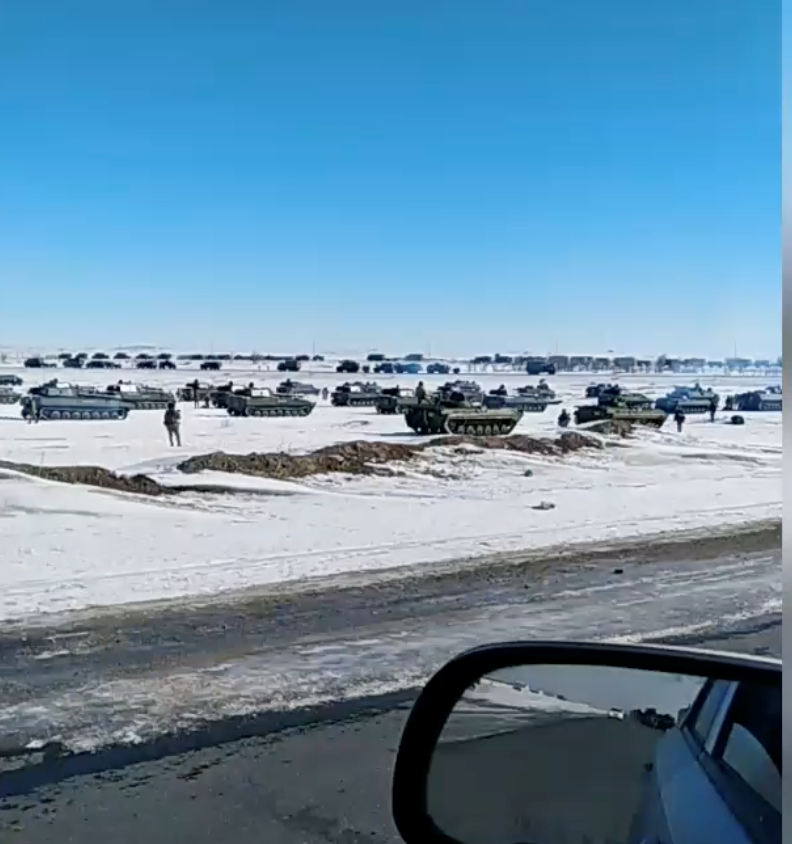 By 27 March 2022, neither president Tokayev nor the government of Kazakhstan has declared Kazakhstan’s support for Ukraine’s territorial integrity or has called on Russia to end its aggression against Ukraine. On 22 February 2022, just two days before Russia’s military attack on Ukraine, Kazakh Foreign Minister Mukhtar Tleuberdi stated that “the issue of recognition for the Donetsk and Luhansk people’s republics by Kazakhstan is not on the agenda.” On 5 March 2022, Mr. Tleuberdi, when answering a question from an Internet user, stated that “Kazakhstan is interested in Ukraine remaining a stable, independent and territorially integral state” and “the issue of recognition of the sovereignty of the Donetsk and Luhansk people’s republics is not on our country’s agenda.”

Russia is intensively looking for ways to circumvent sanctions imposed by democratic countries. At the same time, Kazakhstan has been acted as a “back door” for Russian to mitigate some negative effect of the sanctions and international corporate boycott imposed as a result of Russia’s aggression against Ukraine.

In parallel, Kazakhstan has made another step towards the single currency rubble zone. On 18 March 2022, Kazakhstan agreed to use Russian rubles for the payment of customs fees to Russia in their import-export transactions. Russian Minister of Economic Development Maksim Reshetnikov said that the Eurasian Economic Union’s member states had agreed to gradually switch to Russian rubles in mutual trade operations.

It has been announced that the government is considering to repeal the statutory requirements to put a label in Kazakh language on all imported goods. It appears that such measures will allow Russian companies to import goods via Kazakhstan, using the country as a transit zone, in order to avoid sanctions/international boycotts. The goods will be initially imported to Kazakhstan and will go to Russia, without any marks/labels that they were delivered to Russia from Kazakhstan.

Measures such as, paying to Russia in rubles, repealing import labels in Kazakh language, providing banking services to Russian nations and Russian legal entities, are essentially support for Russian economy to mitigate the desired effect of the sanctions and international boycott.

Large convoys of long-haul tractors are going from China via Kazakhstan to Samara (Russia’s transport hub). In addition, the Kazakhs also move their troops ostensibly “for exercises” in the direction of Russia.

Between February 11, 2022 and March 17, 2022, Kazakhstani people recorded and warned human rights defenders/opposition about the movement of military vehicles in Kazakhstan from the southern part of the country to the north, in the direction of Russia:

On February 11, 2022, a convoy of military vehicles was observed on the highway between the cities of Karaganda and Astana.

February 21, 2022 A convoy of military vehicles in the city of Ayagoz (located in the extreme southeast of the Saryarka Steppe and in the southern part of East Kazakhstan Oblast):

February 27, 2022 a convoy of military vehicles in the cities of Almaty and Taraz:

On February 28, 2022, the movement of a convoy of military vehicles in г. Kostanay and Karaganda:

March 1, 2022. Witnesses reported the movement of a column of troops 10 kilometers from Astana:

March 1, 2022 a column of military vehicles in Kokshetau:

March 3, 2022, Aktau, our source informed that the military was going somewhere in the middle of the night. The informant also saw tanks, but did not have time to take pictures, as, the informant was passing by in a cab.

March 2, 2022 a convoy of military vehicles on the Almaty-Kapchagai highway:

March 2, 2022 a convoy of military vehicles was filmed again:

On 19 March 2022, after a number of publications of videos on social media with military vehicles moving across Kazakhstan, the defense ministry put a statement on its website, stating that movement of military equipment has been carried out in connection with winter military exercises.

Kazakhstanis voiced concern over announcements about the recruitment of contract military servicemen after the start of Russia’s military aggression against Ukraine.

The military say that the old, sick and all are conscripted during mobilization. Mobilization happens when there is a war in the country. There is no war in Kazakhstan. Then why are men called up to the enlistment office?

Mashayev refused to go. One guy was told directly that he would go to war in Ukraine on March 27, 2022. When he refused, he was threatened with 7 years in prison. The men are afraid to record video messages about being forced to go to war against Ukraine because of threats that their families will be taken hostage.  Earlier, police officers and CSTO troops in Kazakhstan, under Tokayev’s orders, used the right to shoot to kill without warning at civilians who openly came out to protest. According to official figures alone, more than 10,000 people were arrested. There are still no published lists of those arrested and no published lists of the dead. Thousands of citizens are known to have been tortured, but no steps have been taken towards an objective investigation of the facts of torture.

Officers and enlisted men wrote to us that their military units were being sent to some military exercises in western Kazakhstan. They are supposed to be in western Kazakhstan on April 4, 2022. According to various channels, there are reports that under the guise of an exercise, the military are concentrated in Aktau, then transported by the Caspian Sea to the territory of Russia. Then the military will be transported by Russian railroad to the territory of Ukraine to participate in the war. Putin’s scenario assumes that there will be massive shelling of Belarus from the territory of Ukraine, by Russian planes from the territory of Ukraine, as well as by artillery, so that Lukashenko will claim that Belarus has been subjected to aggression. This allows him to make an appeal to the CSTO and allows Kazakhstan to join the war under the guise of “defending its CSTO ally”. In this way, all CSTO members begin to get involved in the war.

This is how Tokayev and Nazarbayev are going to “pay back” for their debt to Putin in the mass shooting and torture of civilians in Kazakhstan during peaceful anti-government protests in January 2022.

Tokayev is in a hurry to “turn the page,” to forget about the unprecedented mass protests against the current government. He is trying to reassure the population and the international community with promises of reforms, as well as the complete departure of Nazarbayev and his family from power.

Tokayev has stated and will state the different reforms for the development and modernization of Kazakhstan, but it is necessary to clearly understand that all the stated changes are just cosmetic and there will be no structural changes in the policy or in the economy under the existing system. The regime wants to keep power, but no economic reforms are impossible under the existing political system of complete monopolization of power. Any real liberalization will immediately lead to political activism in society, which the regime will not be able to keep under control, leading to the loss of power.

There is now a very high level of hatred in society towards Nazarbayev and his family, so given everything that has happened, it is very important for the preservation of the regime to gently sideline him. It’s already started, Nazarbayev appeared and said that he is a pensioner, Tokayev is responsible for everything, and there is no conflict and confrontation within the elite.  But the fate of Nazarbayev is now decided by Putin. Nazarbayev lost his influence and now he and his nominees and family members will be softly taking away control over money flows. Political leverage he has already lost, his remaining leverage is his historic agreements with Putin. Putin cannot allow Nazarbayev to be struck sharply, but he understands that Nazarbayev is already obsolete.

Putin should not destroy Nazarbayev, because it is Putin’s reputation among dictators, he does not and will not betray. If he allows Nazarbayev to be punished, it will be a victory for the Kazakh society and undermine the system of protection for dictators that Putin has built.

Kazakhstan is gradually passing into Russia’s external control. Tokayev was nominal president and front for Nazarbayev, and now he changed his master and got under full control of Putin, while preserving all external formal signs of political independence.

Kazakhstan will have all the outward signs of an independent state, but the real control goes to Putin and his entourage.

The impunity for mass shootings and torture in Kazakhstan by the Tokayev-Nazarbayev government in January 2022, with Putin’s direct support, and the use of CSTO troops for this purpose, strengthened Putin’s belief that an aggression against Ukraine would also remain without a proper response from the international community.

1) To impose personal sanctions on Nazarbayev, his family members and his oligarchs to prevent the transfer of their assets to Putin’s structures (this is the current strategy for Nazarbayev and his family). This is how Putin will circumvent Western sanctions.

2) impose personal sanctions on Tokayev for “inviting” CSTO troops to suppress mass peaceful protests in Kazakhstan and then assisting Russia in getting military aid, including from China, for military aggression against Ukraine.

3) Personal sanctions are needed against Russian and Kazakh officials who gave the order to shoot peaceful citizens of Kazakhstan and are responsible for mass murder, repression, falsification of criminal cases, beatings and torture.