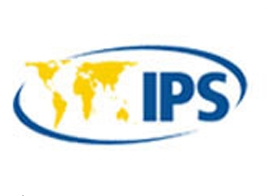 ASTANA, Jun 29, 2011 (IPS) – Workers striking in what has been described as the biggest organised threat to Kazakhstan’s authoritarian regime in the last decade are being beaten by hired thugs as the government ignores pleas for basic international labour rights to be observed.

Thousands of workers at gas and oil facilities are protesting, some even mutilating themselves, over what activists have called the exploitation of Kazakh workers in heavy industry projects largely financed by foreign capital the government has been keen to attract in recent years.

But the protests have taken on a wider social significance. Opposition groups have begun to publicly support the workers, and their strike has apparently inspired similar action in different cities across the country.

And there are fears that authorities are muzzling protests and breaching basic human rights following the arrest and continuing incarceration of a lawyer, Natalia Sokolova, who was representing the workers.

International rights groups are now calling on the International Labour Organisation and the UN Commissioner for Human Rights to press the Kazakh regime into addressing the workers’ demands.

Lyudmyla Kozlovska of the Open Dialog Foundation which has been campaigning to raise international awareness of the issue, told IPS: “The most important demand of the workers now has become the release of Natalia Sokolova.

“We are afraid that if the workers’ demands are ignored then the social tensions caused by these strikes could turn violent.”

The protests began on May 11 when a few hundred workers at the Karazhanbas oil field near Aqtau went on strike. As word spread of their actions, workers at other companies also downed tools. Transportation workers at the nearby OzenMunaiGaz company went on strike, affecting oil deliveries. They have been backed by other miners’ and gas workers’ unions, and thousands are now on strike.

They and their supporters say that Kazakhs are treated unequally at the firms. They say foreigners work in safer conditions and that Kazakhs are paid less than foreign workers for the same jobs.

They also claim workers have been denied official recognition of an independent union – a breach of International Labour Organisation (ILO) conventions.

The France-based Human Rights in Central Asia Association told IPS that continued refusal to recognise independent unions has been one of the key factors in leading to the current protests, and has called on the ILO to ensure Astana adheres to its labour rights obligations.

ILO representatives did not respond when contacted on the issue by IPS.

The striking workers have meanwhile said they want their demands addressed by the government.

There has so far been no official response from Astana. But independent observers claim that striking workers and their families are being harassed and beaten by thugs who have allegedly admitted they have been hired by the companies involved.

International rights workers are also concerned that the arrest of Sokolova could be a sign of the approach the central authorities may be planning to take to what has become a potentially wider problem for the regime.

A year ahead of parliamentary elections, political opposition activists have publicly backed the strikers. Media have also reported that as word slowly spreads of the sustained protests, groups campaigning for other causes are gathering the courage to take to the streets in other towns.

In the northern city of Kokshetau, there have been running battles between police and protestors after hundreds of people demonstrated in a dispute with management of a local company they claim cheated them out of money by running a pyramid scheme.

Resource-rich Kazakhstan, ruled since 1991 by autocratic President Nursultan Nazarbayev, has faced international criticism for its human rights record for years. Abuses of fundamental freedoms have been documented at all levels of society.

But large-scale popular movements opposing the regime have not been common for many years. This has been put down in large part to rising living standards among the population as Kazakhstan has exploited its oil and gas reserves to help it become Central Asia’s largest economy.

With the strikes involving workers in sectors which have become crucial for the Kazakh economy, it is unlikely the government will be able to completely ignore the protests.

One international human rights worker who has spent years working on projects in the region, told IPS: “The government probably understands this is a serious problem that it will need to find a way to deal with. They may employ a variety of tactics to go after the organisers the way they have against journalists and human rights activists in the past and make examples of them to scare organisers and workers alike.”

Whatever Astana’s approach eventually is, international groups say the situation has raised cause for serious concern over the regime’s commitment to basic rights.

Rachel Denber, Europe and Central Asia Deputy Director at Human Rights Watch, told IPS: “What is very worrying is that statements made by the union’s legal advisor urging workers to continue the strike are being used to form the basis of very serious criminal charges against her for ‘inciting social tension’.

“If urging workers to hold out for higher wages can be deemed a criminal act, the state would seem to not be living up to its obligations to protect freedom of speech and assembly.”