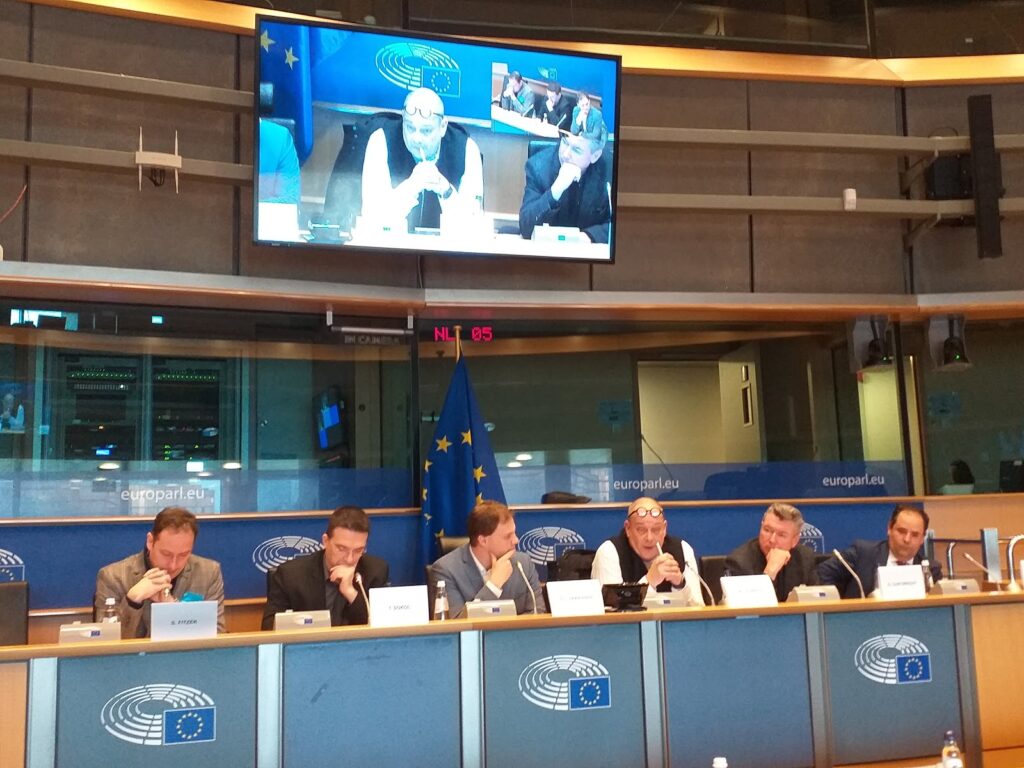 Statement re. event organised by EU Today in the European Parliament on 23 January 2020

We have recently learned of an event held in the European Parliament on January 23rd, 2020, organised by the “EU Today” website. The event’s title, “NGOs: between public good and bad governance”, would suggest the event covered an interesting and important topic, the functioning of NGOs in the EU. Unfortunately, as we’ve learned from one of the unlucky participants of the event, this title was just disguise for another action by “EU Today” founder, former UKIP employee, far-right racist and Holocaust denier, Gary Cartwright, aiming to discredit ODF and our work, specifically in Kazakhstan.

We were sorry to hear that a Member of the European Parliament from Croatia, Mr Tomislav Sokol, was convinced by Mr Cartwright to host the event, and that a number of EP employees and guests were fooled into attending it. It seems that the true nature of the event was revealed quite quickly, as following their opening statements the invited panelists were reportedly prohibited by the moderator to talk about any topics or cases other than ODF and Kazakhstan. The participant, who came to us to inquire and complain about the event, told us that quarrels ensued when the panelists were denied the right to answer questions, and at some point the debate became so chaotic and toxic, that the guests just left the room.

This incident continues an ongoing campaign by Mr Cartwright to discredit ODF and our human rights advocacy work (specifically, for some reason, our well-documented struggle against the Kazakhstani regime). Just since the beginning of 2019 Mr Cartwright’s “EU Today” website and the linked “EU Reporter” have published some 20 articles focused on smearing ODF, first written by Cartwright himself, then under a seemingly fake name of “Phillipe Jeune” (no information on such a person exists anywhere on the Internet). Mr Cartwright has also organised a similar event back in 2018, which we covered at the time, as well as another one in the Brussels Press Club with his frequent collaborator Stephen M. Bland.

We also pointed to potential links between Mr Cartwright and the “EU Anti Corruption” group (dormant since May 2019, with their website now gone), which in late 2018 spent substantial funds to promote content smearing ODF in social media.

Mr Cartwright doesn’t only organise actual events, devoted to smearing ODF, but also invents fake ones: in September 2018 he posted an article about a meeting within the OSCE HDIM (where, in real life, ODF regularly participates and organises side events focused on human rights and the rule of law). In the meeting, OSCE delegates allegedly discussed ODF at length and even “unanimously signed a Written Declaration” condemning the Foundation. The only problem is, that no record of such an event taking place or Written Declaration exists.

Have you attended the event? Reach out to us and tell us your impressions, we’ll gladly include them here. We’re also happy to debunk any accusations and disinformation you might have heard there. Want to know what we really do? Check out this infographic!

UPDATE: We have received feedback about the event from the hosting MEP, Mr Tomislav Sokol, and one of the invited speakers, Prof. Uriarte Sanchez from Rey Juan Carlos University: